NFL News and Rumors
So far, it looks like the Denver Broncos are taking a “one week at a time” approach to their quarterback situation. Head coach Gary Kubiak has already announced to the media and NFL odds fans that Brock Osweiler will start again this week when the Broncos face the Oakland Raiders. In the meantime, Peyton Manning keeps rehabbing the torn plantar fascia in his foot. He could start throwing Wednesday.

What are the NFL Odds for Peyton Manning to Return This Season?

Kubiak told reporters at his Monday press conference, “Peyton worked hard through the weekend and worked hard today…the thought is that maybe starting Wednesday, depending on how things go, start to throw, we start to do a little bit on the field type of stuff. We’re working toward some football things this week, but it has been a good weekend and I know he’s feeling better.”That means that it’s still fairly vague as to when Manning will play again. Kubiak has said that Manning will play when he is healthy. However, Brock Osweiler’s 3-0 record, including a defeat of the New England Patriots, makes it hard to sit him down if the team keeps winning. The next big test for Osweiler might arrive in Week 15, when the Broncos head to Pittsburgh. That was where Matt Hasselbeck’s 4-0 streak as a backup starter came to an end. This week, Osweiler faces a Raider team that really bothered Manning, hassling him into two interceptions without any touchdowns and an overall passer rating of 66.2. 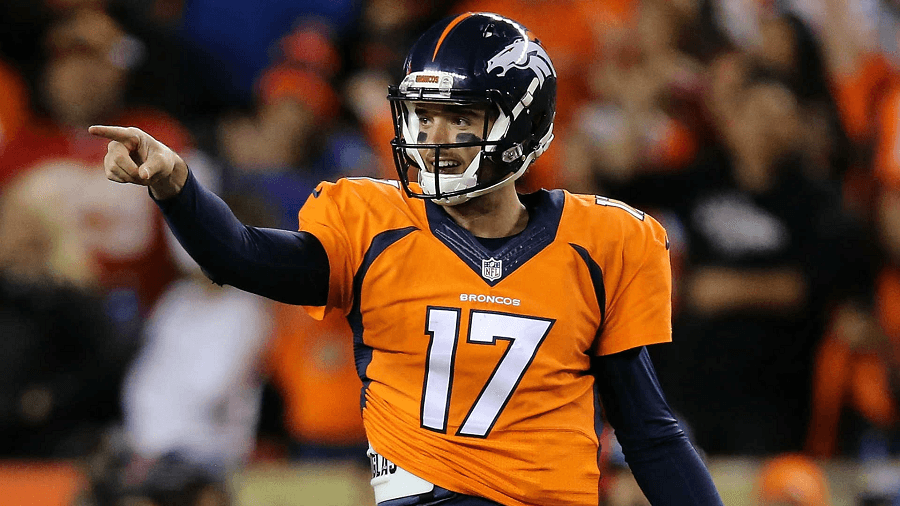 One reason why Kubiak may prefer Osweiler, in addition to the wins and the improved ball protection, is that Osweiler can get under center and run Kubiak’s offense more completely. Manning prefers to run out of the pistol or shotgun, and many of the sets Kubiak has designed don’t run as well out of those formations. The better Osweiler performs, the more likely he is to stay on the field. That means that, given Manning’s stated desire to play somewhere in 2016, he is likely to finish his career somewhere other than Denver. Given the number of teams out there that need a decent quarterback — and badly — I’m sure that Manning will find a home somewhere.
Older post
Newer post