NHL Betting News
It can be tough to continue winning when you are missing a few key players, and the teams that have a pretty extensive list of players on the DL are often not a very good bet. That is not something that can be said for the St. Louis Blues this season, as they are racking up wins while still missing a couple of their forwards. They will try to keep their winning ways going when they head to Columbus to face the Blue Jackets on Tuesday.

Date: Tuesday, November 17, 2015Time: 7:00 PM ETVenue: Nationwide ArenaWatch Online HereThe Blues (11-5-1) will actually have a game on Monday night at home to the Winnipeg Jets, where they will be looking to bounce back after losing back to back games against the Rangers and the Blackhawks over the weekend. Those wins came in rather unexpected fashion, as St. Louis gave up a total of 10 goals in the losses. This is a team that has a goals against average sitting in the top 10 right now, so those defeats may be considered an aberration as opposed to the norm. As mentioned earlier, there are a couple of key forwards out of action right now, and that has particularly hurt St. Louis on the power play. One offensive player who has been more than pulling his weight is Vladimir Tarasenko, who has 10 goals already this season. The Blues are still in very good shape in the Central Division, and we can expect them to get even better once they get healthy again.

The hole that the Columbus Blue Jackets (6-12-0) dug for themselves at the start of the season is going to be tough to get out of, but there are signs that they are starting to turn things around. They are coming into this one having won back to back games against the Coyotes and the Penguins, and they have a power play that is on fire at the moment. The Blue Jackets have connected on 7 of their last 17 attempts (41.2%), which has helped move them up to 6th in the NHL with a 22.6% efficiency rating. Columbus was able to post a 4-2 record during that stretch, and while they are still pretty far off the pace in the Metropolitan Division, they are proving that they are not going to be the pushovers that they were at the start of the season. 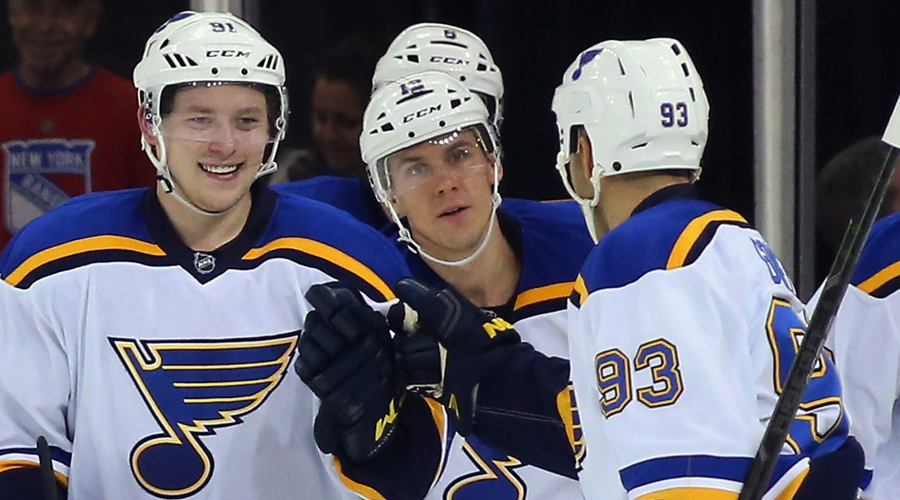 The Columbus Blue Jackets blew out St. Louis in both regular season meetings with St. Louis last year, but these teams are both in very different spots this season. I’d like the Blues to get the win here, but do expect it to be a close one.
Older post
Newer post