NHL Betting News
When betting on sports, there is very often an edge given to the team playing at home, but there are always a couple of teams here and there who do better when they head out on the road. One team that is having some real road success so far this season is the San Jose Sharks, and they will get to put their road warrior skills to the test once again when they skate into Boston to face the Bruins on Tuesday night.

Class is in session in Boston. #SJSharks pic.twitter.com/ctuxfIjiXr

San Jose (9-8-0) have made one of the strangest starts to the season, going from looking like a world beater through their first few games to struggling badly and leaking goals at an alarming rate. Where they have been solid so far is on the road, where they have compiled a 6-3-0 record. Their most recent home stand saw them go just 1-3-0, so they had to be happy when the schedule maker intervened and sent them on the road for a 6-game swing that will come to end this coming Sunday. It has been as expected from the Sharks so far, as they have picked up wins in both of their road games to start the trip. The defense has looked very solid so far on this trip, having only given up 3 goals in those first 2 games. San Jose plays a stifling brand of hockey on the road, and has made a habit of winning tight games, which you feel is a style that they should perhaps try to follow once they get back home. It’s natural to want to impress the home fans, but it’s more important to win. 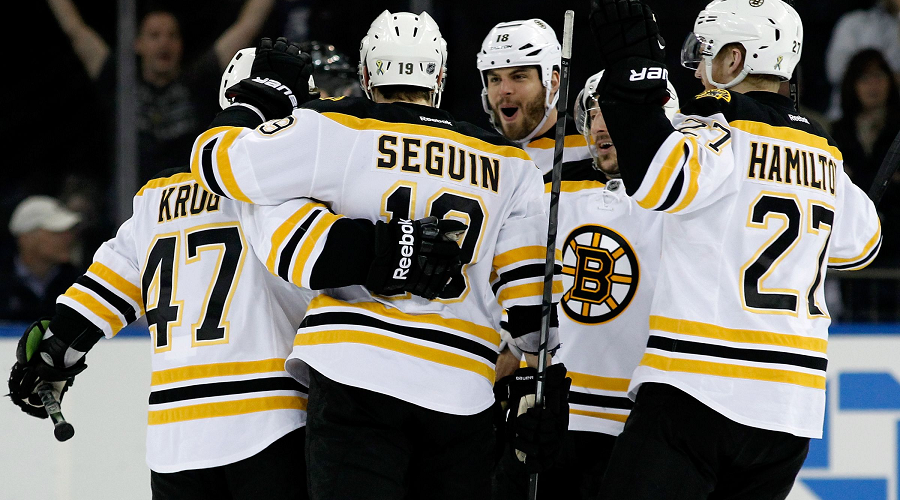 The Boston Bruins (8-7-1) are another team that has saved their best performances for the road this season. They are 4 games above .500 on the road, and have only managed to post a 2-5-1 record on home ice so far this season. They are in the midst of a 5-game home stand that has seen them split the first 2 as they head into this meeting with the Sharks. Their most recent game was a solid 3-1 win against the Detroit Red Wings, which also just happened to be the game where their power play goals scoring streak came to an end. Boston had scored at least one PP goal in their previous 8 games, and are currently number 1 in the league with a 33.3% efficiency. If you want to beat this Bruins team, stay out of the penalty box.

This figures to be a close one, and I can definitely see it being a low scoring affair. I also see the Sharks coming away with the win, albeit by a single goal.
Older post
Newer post