NHL Betting News
As the Washington Capitals and Montreal Canadiens set the pace in the Eastern Conference, the remaining teams are engaging in what is beginning to look like an epic struggle for the other 6 playoff spots. The Tampa Bay Lightning, last year’s NHL betting season’s Stanley Cup representative from the east, are in the chasing pack, and will have an important home date with the Washington Capitals on Saturday.

Betting on the Lightning

The Lightning (14-12-3) are well of the pace that saw them ease into the playoffs last year, an it’s a surprising lack of offense that is holding them back through the first half of the season. Steven Stamkos is, as expected, leading the way in scoring for the Lightning, but there is still a question as to where he will be plying his trade next season. Stamkos is in the final year of his current contract, and may decide to test the waters of free agency once the offseason arrives. That may actually work in the favor of the Lightning coming down the stretch, as the better he plays, the more lucrative the offers he is likely to receive. Depending how things go between now and the trade deadline, the Lightning may choose to swing a deal that would ship Stamkos out. There is certainly some fuel being added to the rumor fire, as Stamkos “accidentally” liked a tweet that suggested he might be on the way back to the Toronto Maple Leafs.

Betting on the Capitals

With the Montreal Canadiens on a bit of a skid at the moment, the Washington Capitals (19-6-2) are now just 1 point out of the top spot in the Eastern Conference. The Capitals are 7-2-1 in their last 10 games, but have dropped 2 of their last 3 outings. Washington is on a 3-game road trip that did not get off to a very good start. The lost 4-1 to the Panthers in Florida, and have been struggling to find the back of the net during their recent run. Just 5 goals in 3 games is certainly uncharacteristic for a team that has been averaging 3 goals per game over the course of the season. There isn’t really anyone who believes that these losses are a sign of an impending slump, as the Capitals have been able to avoid that all season. It also helps that the defense is continuing to play at a high level, with their 2.3 goals against per game average good enough for 4th in the league. 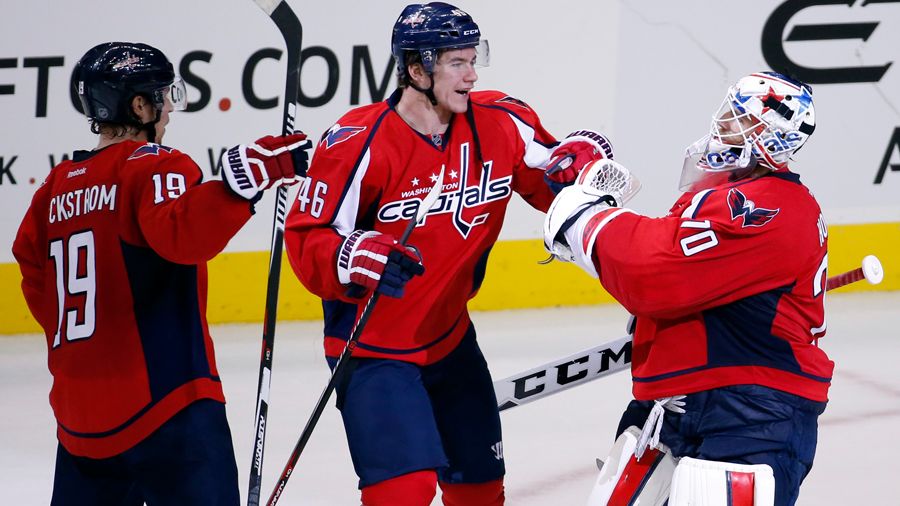 Washington have won 3 straight games against the Lightning, including a 4-2 win over them earlier this season. I like the Caps to break out of their mini-slump in this one, although I do expect it to be close.
Older post
Newer post