NHL Betting News
A team that is pegged by many to be the worst team in the league is not usually a team that gets a lot of the NHL betting money, but that can change if they play better than expected. Mike Babcock has the Toronto Maple Leafs heading in the right direction, but he also has a squad that is a whole lot less talented than most in the NHL. The Leafs will continue to try and improve when they head to Winnipeg to face the Jets on Wednesday night.

Tickets have just been released for tomorrow’s game against Toronto! >> https://t.co/Eh8Ljg9qsg pic.twitter.com/rYKfn4ooWN

Betting on the Maple Leafs

While no-one in Toronto (8-11-5) is getting overly carried away just yet, the Maple Leafs record of 6-3-1 in their last 10 games has to be viewed as a real sign of progress. Perhaps the most surprising aspect of what the Leafs have accomplished this season has been the play of James Reimer in goal. He has delivered the goods all season long, and took the number one spot pretty early on. You can imagine how bad the Leafs fans must have felt when he went down with an injury a couple of nights ago, but they shouldn’t have. Garrett Spark was called up from the minors, and proceeded to get the shutout against the Edmonton Oilers in his first start. The Leafs have been playing well defensively during this positive run, and being in the middle of the pack in goals against average is a lot higher than where most people expected them to be. This game against the Jets will be the first of 3 games the Leafs play on the road this season. Their away record to this point is 4-6-2. 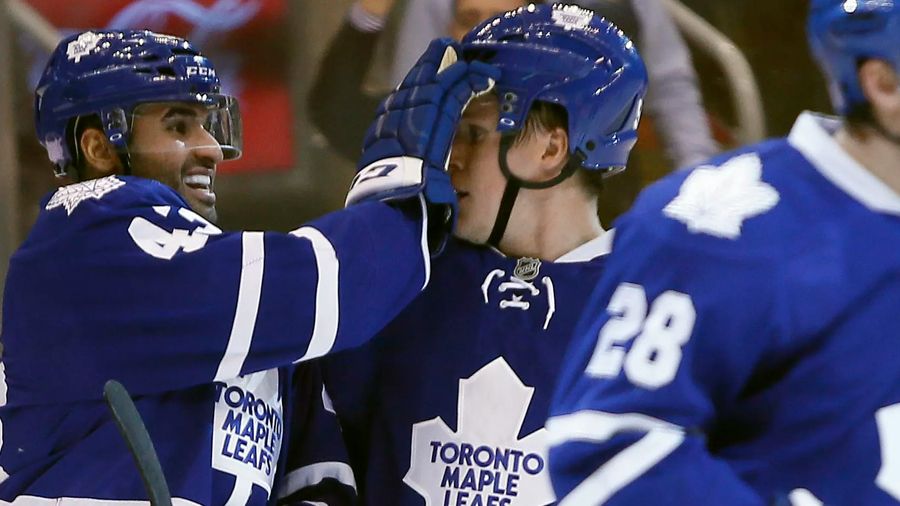 The Winnipeg Jets (11-12-2) surprised a lot of people last season, and the expectation was that they would take another step forward this year. Things have not gone as planned, though, and the Jets have started to struggle after a pretty promising start. Winnipeg went just 4-9-1 in November, and have seen their goals against average take a bit of a savage beating. Their defense is now second worst in the league, giving up 3.2 goals per game. The Jets are sitting in and around the middle of the pack in scoring and special teams, but they have found it hard to develop any sort of consistency, which always seems to be the case when a team is leaking goals. Winnipeg has a couple of games at home this week, where they will hope to improve on their 5-4-1 record.

It was the Jets who picked up the win when they played the Leafs in Toronto earlier this season, but both these teams look pretty different at this stage of the season. I like Toronto to go into Winnipeg and get the win in what should be a close one.
Older post
Newer post