NHL Betting News
The best teams in the NHL tend to have a nice mix of young players and veteran leaders, with both groups doing their part to help the cause. The Florida Panthers are a team that has that mix, but they are relying a little too heavily on their veterans right now. They will try to get the younger guys going when they head into Nashville on Thursday night to face the Predators.

Betting on the Panthers

The Panthers (11-9-4) are on a pretty good run of form at the moment, going 6-3-1 in their last 10 games. That run includes wins in their last 3 games, with veteran goaltender Roberto Luongo basically standing on his head. Luongo gave up just 4 goals in wins against the Islanders, Red Wings, and Blues, all of whom are teams expected to be in the playoff mix at the end of the season. There are still some struggles on offence, and it is still 43-year old Jaromir Jagr who is leading the team in scoring with 8G and 10A for 18 points. There are a lot of players in double digits in points, but this is a team that needs more offense if they want to stick around all year. With just 10 points on the season so far, it might now be fair to suggest that Calder Trophy winner Aaron Ekblad is in a bit of a sophomore slump. The Panthers need him to get back to the form that he showed off in his rookie season. 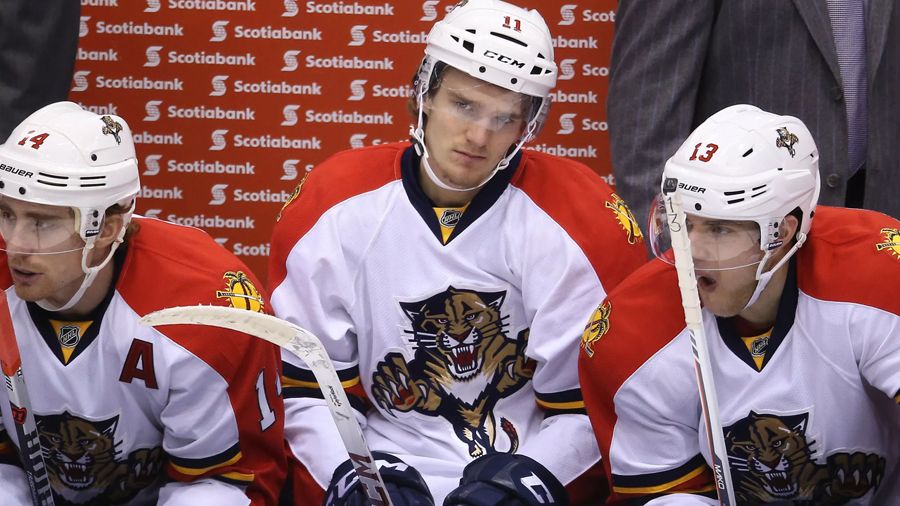 Betting on the Predators

The Nashville Predators (13-7-4) were expected to be one of the top contenders in the Western Conference, and they certainly looked as though they were going to be that after an 11-3-3 start. The wheels have come off pretty badly since then, though, with many of their problems now stemming from an inability to put the puck in the net. Goals have been incredibly hard to come by, and they recently went on a 3-game stretch where they failed to score at ll. The Predators will be hoping that their 5-2 win over Arizona in their last game will be a sign that things are about to turn around offensively, but given their recent troubles, I am not entirely convinced of an offensive revival. The game against the Panthers will be their final home game before they head out on what looks to be a very tough 3-game road trip. The Predators are still 3rd in the Central, but can now feel Minnesota and Chicago breathing down their neck.

This is a match-up that has been pretty evenly split over the past few seasons, and I expect this to be another close one. Momentum is everything, though, and the Panthers have it right now, which is why I like them to win.
Older post
Newer post