NHL Betting News
We are only about 14 or 15 games into the 2015-16 NHL regular season, but there are already trade talks going on, as teams are already assessing whether or not this is a year when they can content, or whether they should start selling off some of their biggest assets to start reloading for a playoff run in 2016-17 to keep their NHL online odds fans’ hopes up. Here are some of the top names that are already rumored to be for sale on the trade market.

Marleau has been one of the foundational players for the San Jose Sharks since 1997-98. However, he has also become a poster boy for the fact that the team regularly bows out early in the playoffs. At the age of 36, Marleau is already off to a solid start, having tallied nine points in 14 games. Marleau has been on the trade block before, and so he is used to the conversations. It’s worth pointing out, of course, that Marleau has a no-trade clause in his contract. The Sharks have also not asked him to waive that clause.

Patrick Marleau would reportedly accept a trade to these three teams … https://t.co/9GWTPNaiTO pic.twitter.com/NuBMl6pJPE

San Jose is sitting at 7-7 right now, but shipping Marleau wouldn’t help the team right away – except to deliver salary cap relief for next year. Marleau will count $6.67 million per season again next year. He did have his worst statistical season last year, tallying just 57 points and earning a minus-17 rating. He is playing better now, but the Sharks still look like they are stuck. Trading Marleau would be a huge shakeup for the team, and a new rink could galvanize Marleau’s career at this point too. 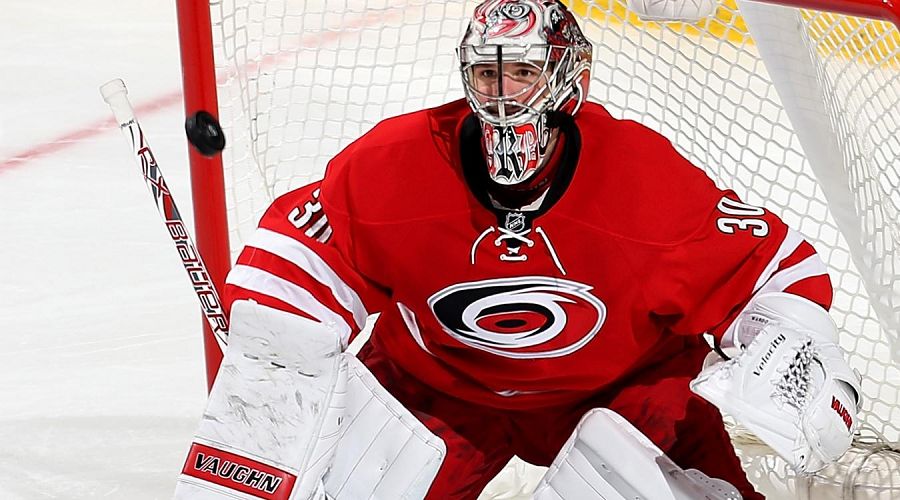 The Carolina Hurricanes are in the contract year with goalie Cam Ward, and it is a good time to consider shipping him somewhere else. He was once one of the very best goalies in the NHL. He led Carolina to a Stanley Cup in 2005-06, winning the Conn Smythe Trophy as the MVP in the playoffs. However, he has steadily declined in quality since then, and the last few seasons have been fairly awful. In 2013-14, he hit a low point, permitting 3.06 goals per game and posting a dreadful .898 save percentage. Last year, he righted the ship a bit, posting a 2.40 GAA, but he only earned a .910 save percentage, far below the elite level that he used to demonstrate. He is 5-5 right now, with a 2.40 GAA and a .907 save percentage – fairly consistent with last season. Carolina signed Eddie Lack from Vancouver in the offseason and gave him a contract extension, so the team looks to be moving forward with Lack in the future. Bruce Garrioch with the Ottawa Sun reports that Carolina has opened talks with some teams about Ward. He does have a significant salary cap hit at $6.3 million, but he is on an expiring deal, so teams who trade for him wouldn’t face that burden going forward. He would be a quality backup goalie for a team looking to contend behind a young starter.
Older post
Newer post