NHL Betting News
One of the few things that we can guarantee with a new NHL Lines season is that at least one team will jump up and surprise everyone. A couple of years ago it was the Colorado Avalanche who took than honor, while the Calgary Flames were the surprise team of last season. Both of them are struggling at the start of this campaign, and they will go head to head on Tuesday night when the Flames skate into Colorado.

The Colorado Avalanche (3-7-1) fell back to earth with a resounding thump last season, and it looks as though it is going to be more of the same for them this season. After a start that saw them scoring goals and lighting it up on the power play, Colorado has seen their numbers start to slip pretty dramatically. To the point where they are now dropping into the bottom half of the league in all the major offensive and defensive stats. Frustration has to be incredibly high in the Avalanche locker room at the moment, as 6 of their last 7 games have all be decided by a single goal. They may be playing teams incredibly close, but they came out on the losing side of those games on 5 different occasions. That is a trend that they will need to flip on its head if they don’t want to fall out of playoff contention before the year comes to a close. 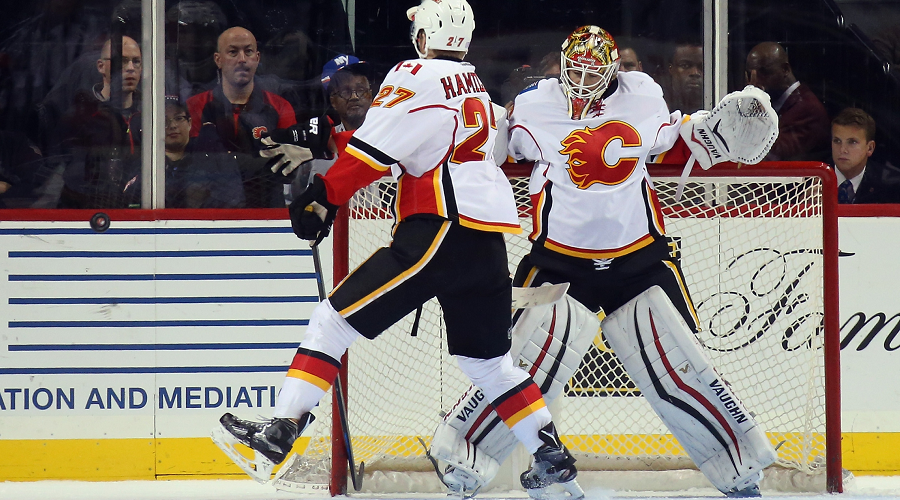 The Flames (3-8-1) were expected to be among the contenders for the Pacific Division this season, but everyone seems to be at a loss to explain how poor they have been through the opening 12 games of the season. Defensive gaffes and goaltending issues are certainly a big part of the problem, but this team is also not scoring at a rate that you would expect from a line-up filled with young talent. Coach Bob Hartley has started doing a little bit of line juggling, and it eventually paid off over the weekend when the Flames went into Edmonton and came away with a 5-4 victory. Michael Frolik was the star of that show, as he netted a hat-trick, the first of his career. While the Flames will still have been concerned about their sloppy defensive play, it was the type of in that defined this team last year.

The Flames took 2 of 3 from the Avalanche last season, with the home team getting the win each time. The Avs have struggled at home this season, and the Flames have played better on the road. I think that means another win for Calgary on Tuesday.
Older post
Newer post