Soccer Betting News
The only time when Everton FC takes on the likes of Barnsley is in the League Cup, but that didn’t stop Barnsley from jumping out to a 2-0 lead when the Toffees came to town to the shock of Soccer betting fans. Everton had some controversy coming into the game, as young center back John Stones had demanded a transfer and Everton fans were hoisting signs at Oakwell urging chairman Bill Kenwright to sell the team.

And back comes @Everton. @RomeluLukaku9 does the deed. #LeagueCup http://t.co/4smChQg79S

Without a strong game in the second round, Everton’s fan base would have been even more disgruntled than they already had been. 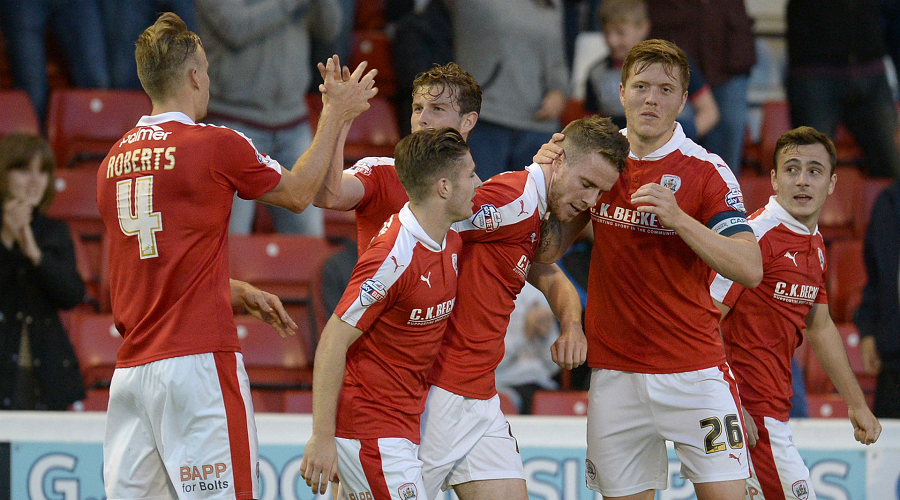 In the 22nd minute, Barnsley striker Sam Winnall took advantage of an error by Stones to put Barnsley up 1-0. Just six minutes later, Joel Robles made a similar mistake for the Toffees, and Barnsley had a 2-0 lead. On came Gerard Deulofeu for Everton, who would set up three of the goals that Everton would eventually score. 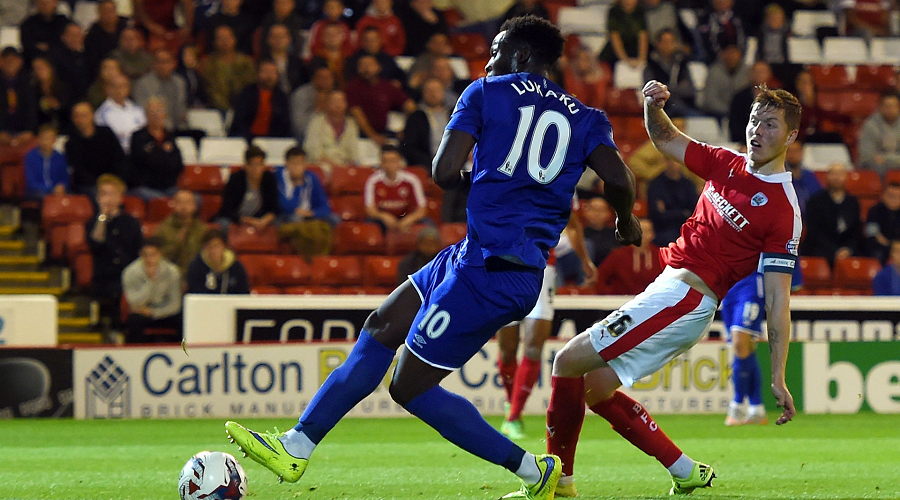 Everton did roar back, tying the game at 2-2 on the basis of goals by Kevin Mirallas and Steven Naismith. However, Barnsley’s midfielder Daniel Crowley struck to give Barnsley back the lead. Barnsley would hold the lead all the way to the 78th minute, when Lukaku found the net to bring the match level at 3-all. 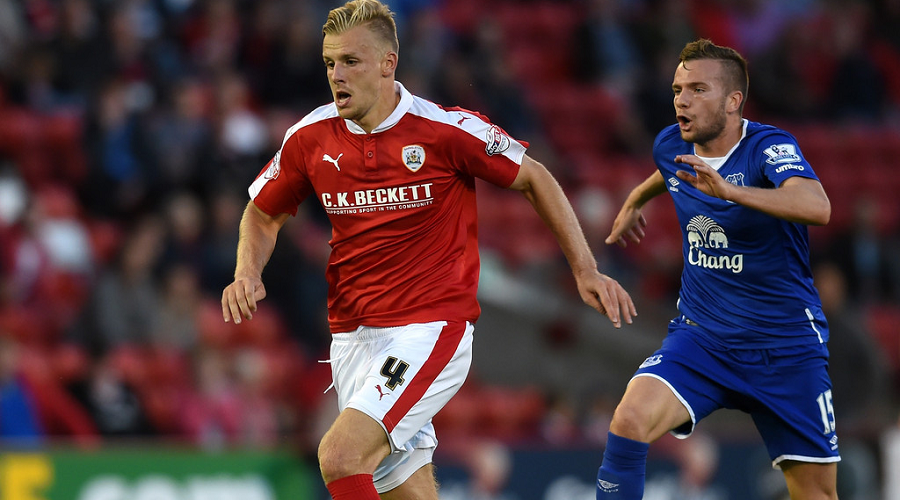 This put the game into extra time. Six minutes in, a Deulofeu cross turned into a Barnsley own goal courtesy of Marc Roberts. Lukaku would add insurance with a goal off a nifty counter attack, giving the Toffees that fifth goal and finishing the scoring at 5-3. Things got tense just before that insurance tally thanks to a mighty shot from Conor Hourihane that clanged off the crossbar. 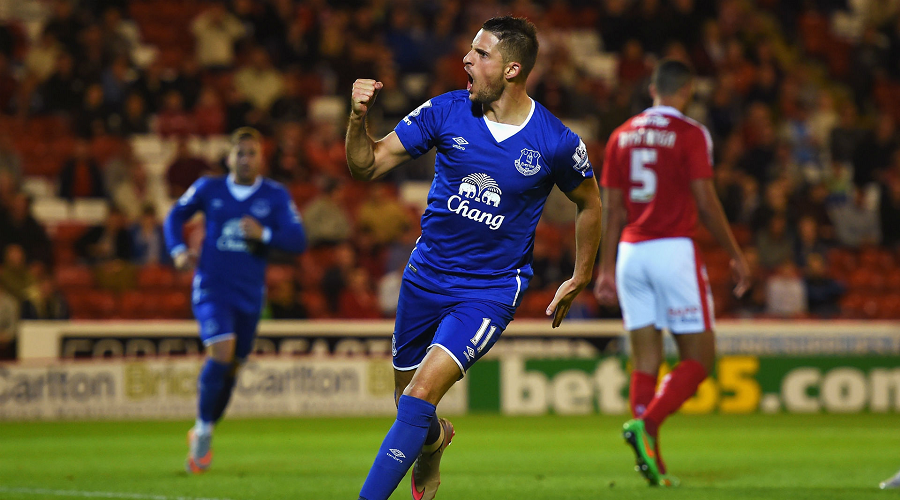 Barnsley goalkeeper played stellar ball at the start, denying a curling shot from Mirallas and then stoning Aiden McGeady’s chance on the rebound. Winnall’s early score was the punishment for failing to take advantage of those chances. Deulofeu and Ross Barkley both came on as subs after halftime. Mirallas goal was a brilliant, acrobatic score. Bryan Oviedo had sent in a deep cross that Barnsley could not deal with in an efficient manner. 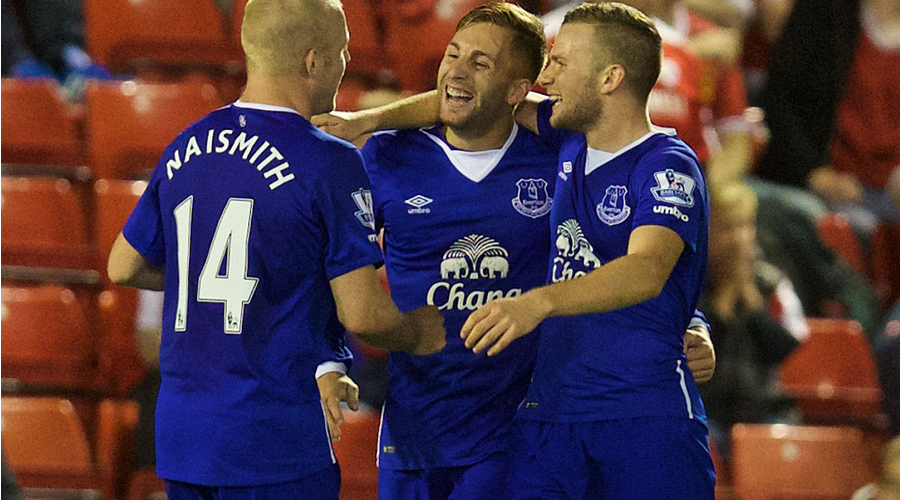 The Naismith tally was a header inside the near post off another cross from Deulofeu. With some more timely defense, Barnsley might well have emerged with the result, but their poor defense allowed Deulofeu to craft another fine finish for Lukaku, who knocked home his goal from point blank range. 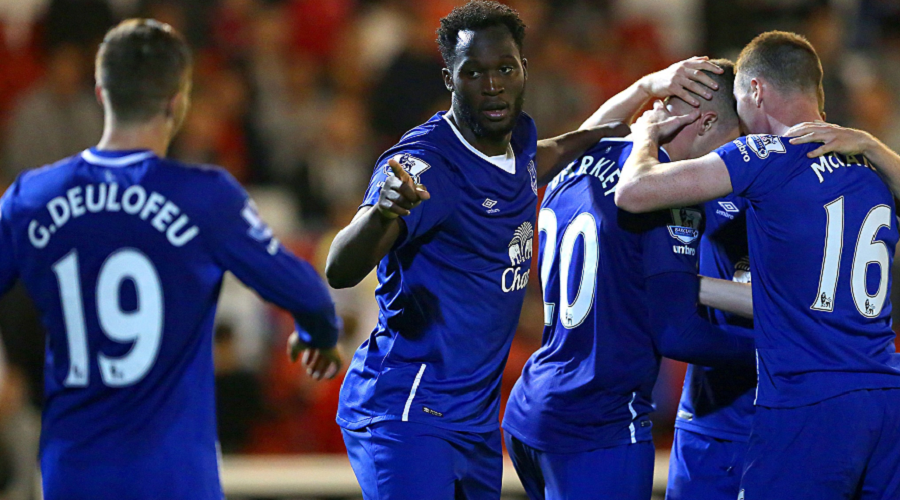 Now, Everton head on to Reading in the third round of the League Cup. The Toffees are still trying to right the ship in the Premier League. After an initial flurry to start the 2015-16 season, Everton have now begun sliding down the table after a draw and a loss in the third and fourth weeks of the season. The hope is that the Toffees will begin to show a little more starch in their performances as league play continues. Optimism is still a ways off, though, as the team must find a way to keep young John Stones happy and part of the team.
Sources:Independent.co.uk: http://www.independent.co.uk/sport/football/fa-league-cups/barnsley-vs-everton-match-report-john-stones-at-fault-but-gerard-deulofeus-brilliance-rescues-everton-10473825.htmlTelegraph.co.uk: http://www.telegraph.co.uk/sport/football/teams/chelsea/11823514/Chelsea-transfer-news-Blues-to-bid-33m-for-John-Stones-after-he-hands-in-transfer-request-at-Everton.html
Older post
Newer post