Soccer Betting News
Stadia in Spain are being readied for a beautiful weekend of soccer odds, as La Liga footballing action returns to our screens. In a weekend that will see six top 10 teams meeting each other, we are definitely in for a thriller in the online sportsbetting lines. Topping the list of must-watch games; Real Madrid travel to Celta Vigo for arguably the biggest clash of the weekend, as Barcelona takes on Eiber, Atletico Madrid host Valencia, and Villarreal hit the for a game against Las Palmas. Here is a brief look at these games and what they have to offer to online betting enthusiasts:

Luis Enrique: “Eibar is a team who have a clear idea of how to play” #FCBlive https://t.co/8Q6J8uZIto pic.twitter.com/c5Dh9v66zY

Venue: Camp Nou
Date: Sunday, 25th October, 2015
Time: 12:15 EST
TV: beIN SPORTS, beIN SPORTS Español & fuboTV
Soccer lines: Barcelona to win 1/10, Draw 8/1, Eibar to win 22/1
The reigning champions are entering this game with their spirits high after a midweek win in the Champions League. A win here will take them as high as second place in the standings, depending on the outcome of the encounter between Celta Vigo and Real Madrid. The three teams are locked up in the top three with same points, with the only difference coming in terms of goal difference. 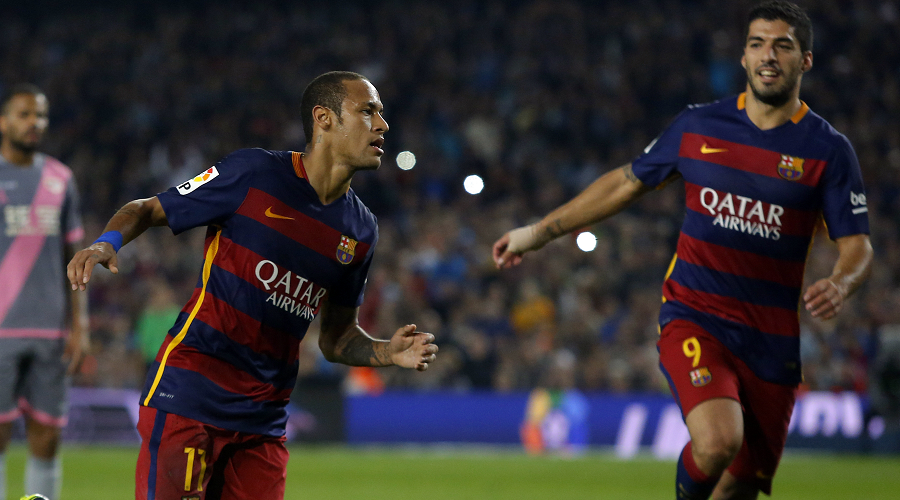 Barcelona have not been at their best this season since Messi got injured, but have scored 17 goals in the league. Last time out, they had a 5-2 win against Rayo Vallecano, with Neymar scoring four and grabbing an assist to Suarez’s lone goal. As Messi continues to be sidelined, they will be looking on Neymar and Suarez to lead them once again in this clash against an organized Eibar defense that has conceded just seven goals this season. 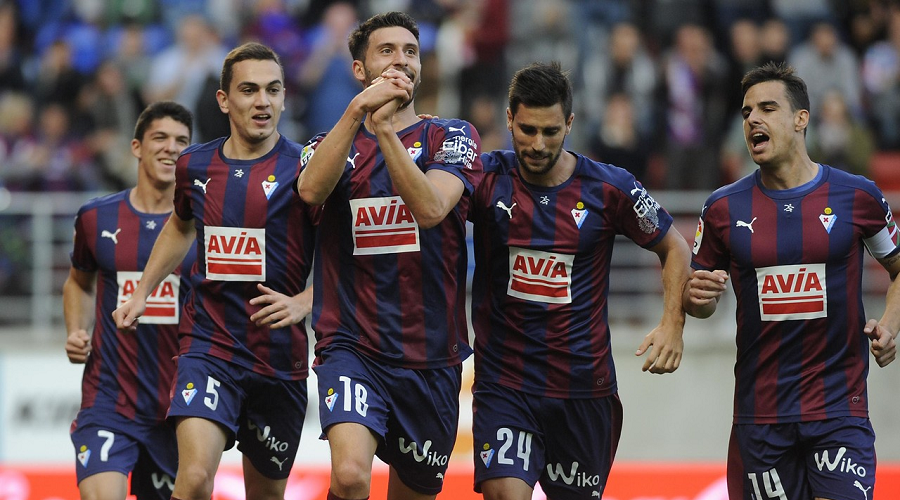 Conversely, Eibar are fighting for a spot in Europe as they are placed seventh with a weaker goal difference than Deportivo La Coruna, who are logged at sixth. A win for Eibar could see them climb up to fifth on the table. Last time out, they managed a one-all draw against Sevilla at home. On Sunday, they will be going against Barcelona hoping to add some goals to their 11-goal tally on the season so far. They look like a team that has balance to get something out of this game, given that the Barcelona defense has conceded eight this season.
Recent Form
• Barcelona: WLWLW
• Latest results: Barcelona 5-2  Rayo Vallecano
• Eibar: LDDWD
• Latest results: Eibar 1-1 Sevilla
Key Betting Trends
• Barcelona are the only team to win all their home games in La Liga this season so far
• Barcelona are 2-0 against Eibar
• Eibar have not scored a single goal in their two previous La Liga matches versus Barcelona.
Predictions: Eibar will travel to Nou Camp with a defensive mind, but if they get a chance to score they will take it. They know where Barcelona can sting, and will try and take advantage of the absence of Lionel Messi. A draw will be a good result for them, but Barcelona have enough fire power to get a win. Soccer Picks: Barca winning by at least three goals and keeping a clean sheet in the process.

Venue: Vicente Calderón, Madrid
Date: Sunday, October 25, 2015
Time: 2:30pm EST
TV: beIN SPORTS, beIN SPORTS Español & fuboTV
Soccer Lines: Atletico to win 4/7, Draw 14/5, Valencia to win 5/1
If Celta Vigo was not among the top ten, this would have easily become the game of the week. Atlético Madrid are fighting for a spot in the Champions League as they hold on to fourth place in the league, despite threats from Villarreal. They are coming into this game after a denting two-all draw away to Deportivo La Coruna domestically, but picked up a big win in Europe, a 4-0 thrashing of the helpless FC Astana. 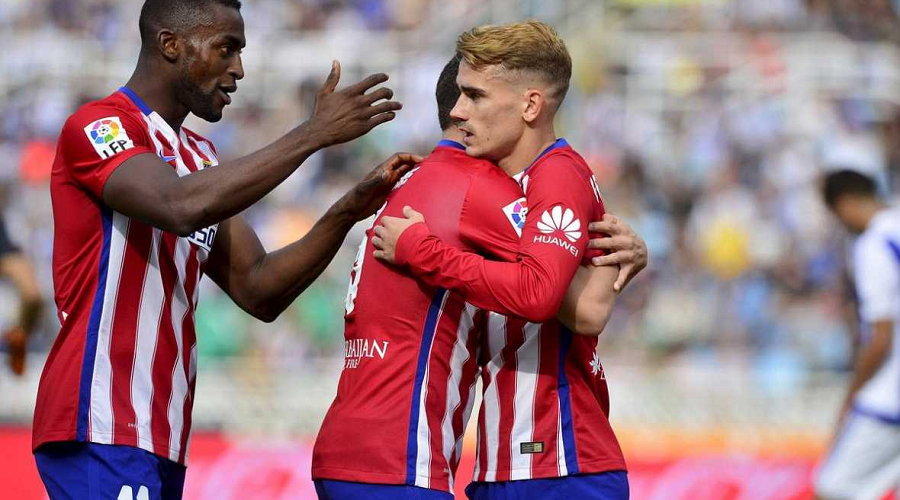 Going forward, they have bagged 12 goals in eight games and are looking to find ways of scoring over a Valencia defense that has conceded just five in the league. Having scored just five at home and conceding three, Atleti haven’t been that good at home, but they should have a chance of doing better this Sunday if their midweek Champions League win is to be trusted. 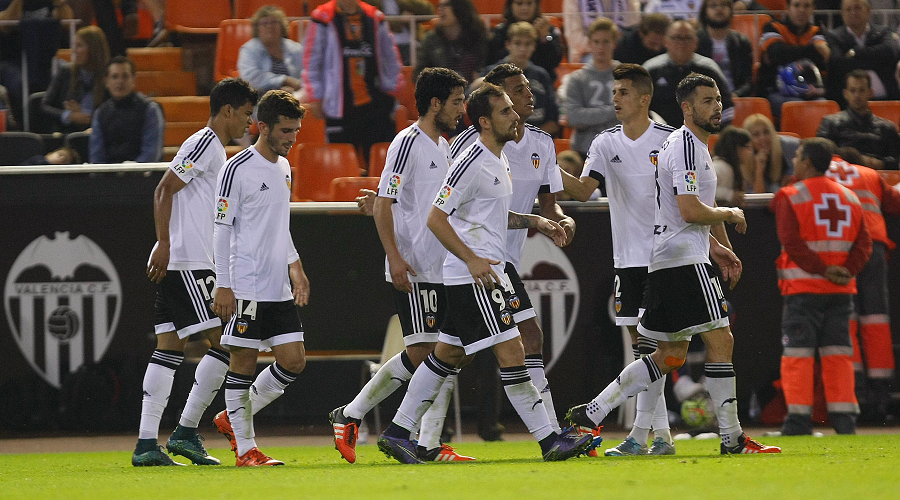 In recent seasons, Valencia have become a shadow of what they used to be—the dominant force that constantly challenged for the title. At the moment, they lay eighth on the table and are hoping to climb their way up. The visitors have lost two games thus far, scoring seven and conceding five in the 8 league games. They face an Atletico side that is the second-least conceding team in La Liga this season with five goals. Entering this game on the back of their best result of the season, a 3-0 win over Malaga last weekend, Valencia should be motivated for a big game against Diego Simeone’s side.
Recent Form
• Atletico Madrid: WWLDW
• Latest results: Atletico Madrid 4-0 FC Astana (Champions league)
• Valencia: DLWLW: Valencia 3-0 Malaga
Key Betting Trends
• Atletico Madrid are 2-2-1 against Valencia in their last five games
• Atletico Madrid are 3-1-1 at home against Valencia
• Atletico Madrid are 2-1-1 at home this season in the league
• A red card has been shown in six out of ten games between the two teams.
• Valencia are 1-1-2 on the road this season in the league
Predictions: Both teams have been rather average in the league this season and seem to cancel out each other in most statistical arenas. Atletico are not scoring as many goals in the league as they have done in the past few seasons, but they are defending well. This is a similar case with Valencia, who look strong on the defense despite the few goals they have bagged this season. All that considered, we believe both teams will share the spoils in a game that has chances coming far and few between. Soccer Picks: Atleti and Valencia Draw 0-0 or 1-1 at best.

Venue: Gran Canaria
Date: Sunday, October 25, 2015
Time: 10am EST
TV: beIN SPORTS Español & fuboTV
Soccer lines: Las Palmas to win 12/5, Draw 23/10, Villarreal to win 23/20
This La Liga encounter is a matchup between Las Palmas, a team that is relegation-threatened at 19th place, against the fifth-placed Villarreal. The hosts have just garnered five points from a possible 24, with the only thing keeping them from being rooted dead-last at 20th being their goal difference. For the season, Palmas have lost five games, drawn two and won just one, conceding a total of 13 goals in the process. 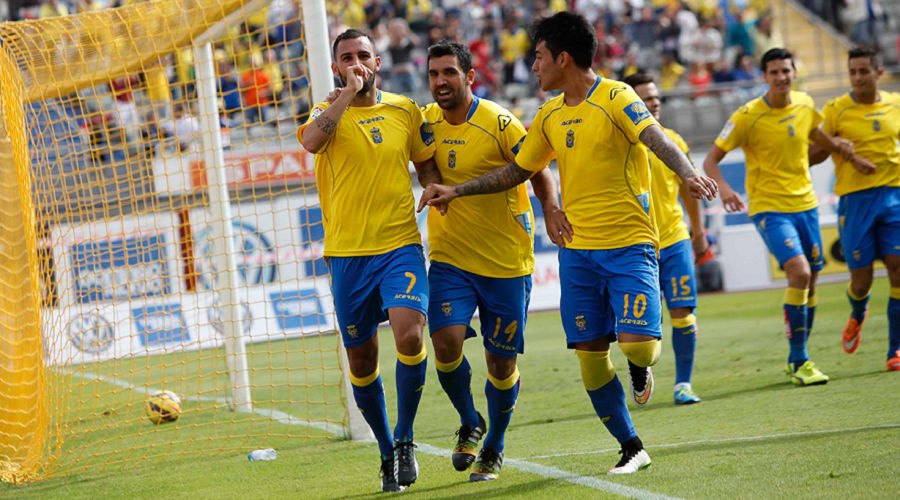 Offensively, they have scored six. Going against an organized Villarreal defense that has conceded just seven this season therefore means a tall scoring order for the Las Palmas, who’ve lost their last three games in a row mainly due to profligacy in the offense. 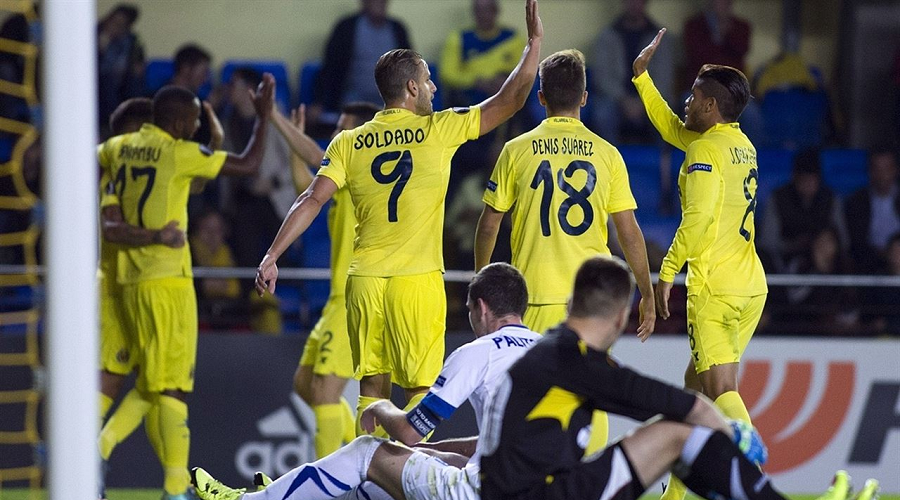 Villarreal, on the opposite end, are coming into this game having been brought down their high horses by Celta Vigo, dropping from first place to fifth, with their inferior goal difference separating them from the fourth-placed Atletico Madrid. The 1-2 loss at home meant they have lost two in a row, something they’d definitely want to correct soon. Fortunately, their offense has been impressive, only failing to score once in the 0-1 loss to another relegation-threatened team, Levante. That offense should come in handy against the easy-giving Las Palmas defense on Sunday.
Recent Form
• Las Palmas: LWLLL
• Latest results: Getafe 4-0 Las Palmas
• Villarreal: WWWLL
• Latest results: Villarreal 1-2 Celta Vigo
Key Betting Trends
• Las Palmas are 1-2-2 in their last five against Villarreal
• Las Palmas are 2-2-1 at home against Villarreal
• Las Palmas are 1-1-2 at home this season
• The last two meeting between the two ended in a draw.
• Villarreal are 5-1-2 against Las Palmas
• Villarreal are 2-1-1 on the road this season
Predictions: This game presents Villarreal with an opportunity to recover from two successive losses. Statistically speaking, they have every advantage against their hosts and the motivation is there, so they should win this one with a good margin. Soccer Picks: Total goes OVER, as Villarreal beat Las Palmas 3-1.
Older post
Newer post