UFC Betting News
One of the most unlikely feuds in all of sport is taking place between the best female and (perhaps) the best male welterweight fighter in the MMA betting world: Ronda Rousey and Floyd Mayweather. Ever since Mayweather claimed not to have heard of Rousey in an interview a few months ago, the two have been engaging in a war of words that continues to build with intensity with each passing week.

The most recent contretemps took place this past Thursday, when Mayweather deigned to respond to some comments from Rousey the day before. On Wednesday, Rousey was responding to Mayweather’s challenge to give him a call when her earnings were at the same level as his. She told TMZ Sports that her earnings per second are greater than his. Rousey went further, saying in the interview, “When he learns to read and write, he can text me.”Mayweather came right back with the response, “Big bank take little bank,” and his words made it to TMZ Sporst too. He went on, “Let’s play and see how much money you got. Last time I checked I was No.1 on Forbes.” This was a reference to the annual listing that Forbes magazine gives of the highest paid athletes in the world. In 2015, Mayweather raked in $420 million, based on the list that Forbes released in June. That includes $220 million that Mayweather took in just from his match with Manny Pacquiao, which was the most lucrative fight in the history of boxing. 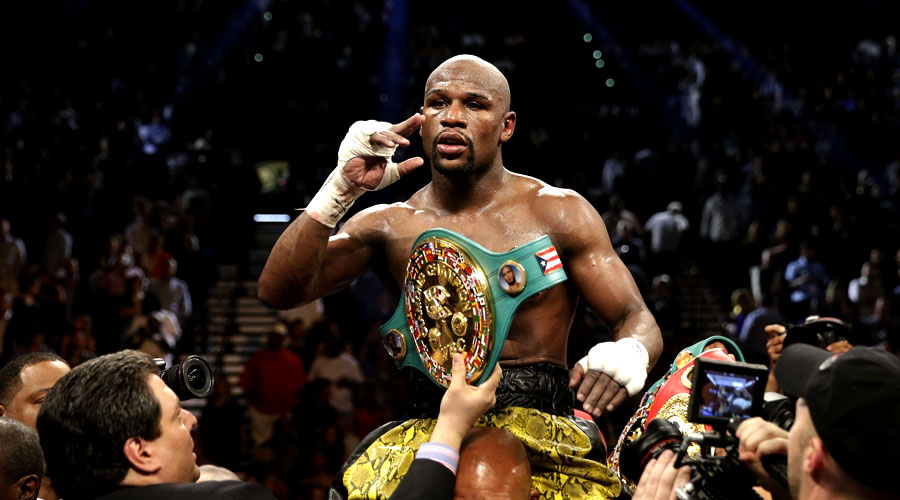 At the same time, Forbes estimated Rousey’s earnings about $3 million over that same June 2014 -to- June 2015 time frame through her UFC salary.This isn’t the first time that the two fighters’ words have escalated. In July, Rousey won the ESPY award for Best Fighter, and Mayweather had been a nominee as well. She commented, “I wonder how Floyd feels being beat by a woman for once. I’d like to see him pretend to not know who I am now.”Rousey has also said that she would win if she and Mayweather fought in mixed martial arts-style fighting without any rules inside an Octagon. Rousey has a 12-0 record and has been ferocious in the UFC as their female bantamweight champion. 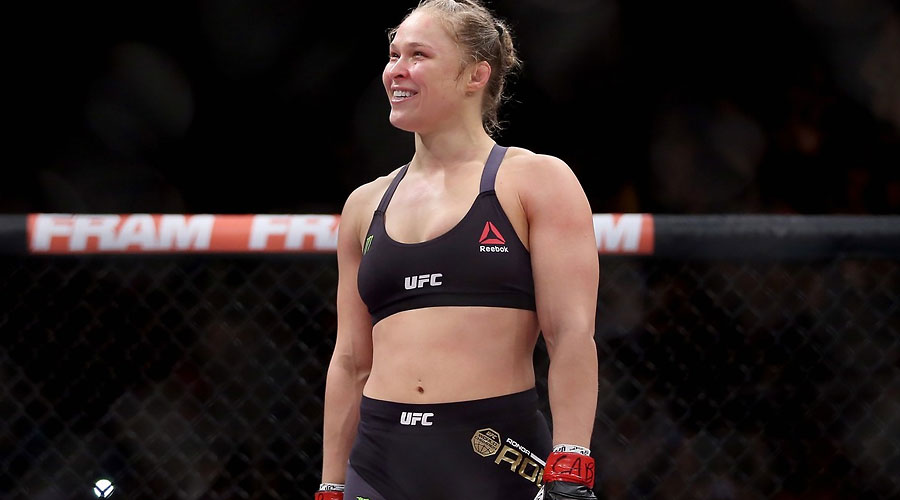 In early August, she made her most recent title defense against Bethe Correia, knocking her out just 34 seconds into their first round at UFC 190. Mayweather has a record fo 48-0 and has been the top-ranked fighter on ESPN’s pound for pound list for years. His next fight is in a welterweight title defnese against Andre Berto on September 12. It’s hard to imagine Rousey and Mayweather taking their talents into the ring against one another. For sure, though, their verbal antics keep the interest of the social media on boxing and MMA fighting, which only benefits them both going forward.SourcesUSAToday.com (http://ftw.usatoday.com/2015/08/ronda-rousey-floyd-mayweather-when-he-learns-to-read-and-write-he-can-text-me)Yahoo.com (http://sports.yahoo.com/blogs/mma-cagewriter/ronda-rousey-mocks-floyd-mayweather-after-winning–best-fighter–espy-235652228-mma.html)
Older post
Newer post