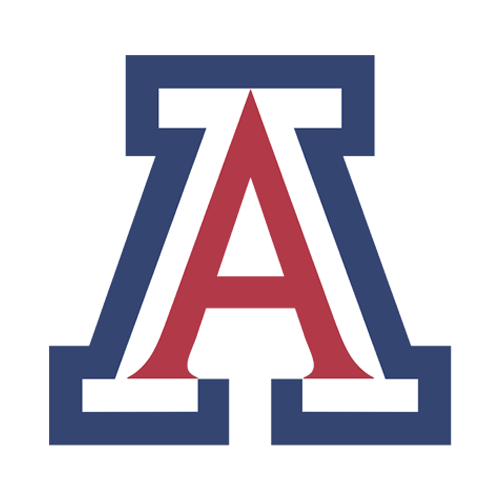 While the seventh-ranked Utah Utes likely won’t have any trouble getting past the reeling Arizona Wildcats when they visit their Pac-12 rivals on Saturday, the Utes are facing a tall task in trying to cover the chalk as three-touchdown plus road favorites. With Utah looking to give their narrow CFP hopes a boost and Arizona desperate to for a win, let’s find out if the Utes are the pick to cover the big number in this one.

Why Bet On Utah?

Utah has won six straight including an emphatic 49-3 spanking of UCLA on Saturday to easily cover the spread as a 21-point home favorite over the Bruins. The Utes have scored 33 points or more in in five of their last six games while scoring 30 or more eight times this season. More importantly, the Utes have a phenomenal defense that ranks a stupendous fourth nationally in points allowed by limiting the opposition to just 11.3 points per game.

Last, but not least, quarterback Tyler Huntley is having a fantastic, if undervalued season in completing a blistering 74.2 percent of his passes while tossing 13 TD passes and just one interception.

Why Bet On Arizona?

There’s only one reason why anyone should back the Wildcats in this contest and it’s because the Wildcats are getting just over three touchdowns as home underdogs. Unfortunately, Arizona has lost five straight and comes into this contest off a pitiful 34-6 loss against sixth-ranked Oregon on Saturday while failing to cover the spread as a whopping 27-point road underdog.

The Wildcats have given up 34 points or more in each of their last five games while allowing 41 points in two of those losses and 51 points in another. Arizona has won three of their five home dates this season, but they’ve dropped two straight on their home turf and will have a healthy sense of urgency in this contest. While Arizona averages a healthy 30.2 points per game (64th), the Wildcats also allow an overly generous 37.0 points per game defensively (123rd).

After watching Arizona in last week’s loss to Oregon, I have no doubt that the Wildcats are going down and going down hard in this contest. The Wildcats are giving up points like they’re going out of style and Utah is firing on all cylinders on both sides of the ball right now. The Utes have limited three of their last four opponents to a field goal or less while holding five opponents this season to a touchdown or less.

Posted: Wednesday, November 20, 2019 7:11, EST
While the seventh-ranked Utah Utes likely won’t have any trouble getting past the reeling Arizona Wildcats when they visit their Pac-12 rivals on Saturday, the Utes are facing a tall task in trying to cover the chalk as three-touchdown plus road favorites. With Utah looking to give their narrow CFP hopes a boost and Arizona desperate to for a win, Read More

Posted: Friday, November 15, 2019 12:28, EST
If the first two weeks of rankings from the college football playoff committee has shown us anything, it’s that we can probably expect the top 4 to change several times between now and the end of the regular season. Obviously, if the teams at the top win out, they are going to stay in the playoff rankings, but as we Read More

Posted: Thursday, October 10, 2019 9:38, EDT
The Arizona Wildcats will be looking to take care of business when they host the Washington Huskies in their Week 7 Pac-12 pairing on Saturday. With the Cats looking to extend their winning ways and the Huskies looking to bounce back from their uninspiring Week 6 loss, let’s find out which team is offering the best value against their college Read More

Posted: Wednesday, November 14, 2018 10:17, EST
It’s a potential preview of the Pac-12 title game on Saturday when Arizona visits No. 8 Washington State. A loss by the Wildcats would not allow them to play in that game, but a Wazzu loss doesn’t kill the Cougars’ chances. They are solid NCAAF betting favorites.   Arizona vs Washington State NCAA Football Week 12 Spread & Preview .@XBigAbeX Read More

Posted: Friday, November 2, 2018 1:18, EDT
Utah heads to Tempe to battle the Arizona State Sun Devils in a game that could go a long way in determining if Utah can climb into the Top 10. If the Utes can get into the Top 10, they could play their way into a New Year’s Day Bowl game. That’s a big accomplishment for a team many thought Read More

Posted: Thursday, October 25, 2018 9:05, EDT
Justin Herbert and the 19th-ranked Oregon Ducks will look to keep their Pac-12 title hopes alive when they hit the road to take on Khalil Tate and the struggling Arizona Wildcats in a Week 9 matchup that doesn’t have nearly the luster that it looked like it would have in the preseason. Now, let’s find out which one of these Read More

Posted: Tuesday, December 26, 2017 9:55, EST
Purdue was one of the big success stories this season under first-year coach Jeff Brohm, and he leads the Big Ten’s Boilermakers into Wednesday night’s Foster Farms Bowl on the field of the NFL’s San Francisco 49ers against the Pac-12’s Arizona Wildcats. Let’s see which team offers the best value at the 2017 Foster Farms Bowl Odds. Wildcats vs. Boilermakers Read More

Posted: Wednesday, November 23, 2016 1:29, EST
The state of Arizona may be known for its high temperatures, but there is nothing hot about the two major college programs residing in that great state. Both the Arizona State Sun Devils and the Arizona Wildcats have found wins tough to come by this season, but they will both get one more shot to finish the year on a Read More

Posted: Thursday, November 10, 2016 5:54, EST
If you’re ready to cash in on some Week 11 college football matchups, then you’re going to have a great chance to do just that when the reeling Arizona Wildcats look to pull off the upset over the streaking, 15th-ranked Colorado Buffaloes in their Week 11 Pac-12 pairing on Saturday. Now, let’s find out which team is offering the most Read More