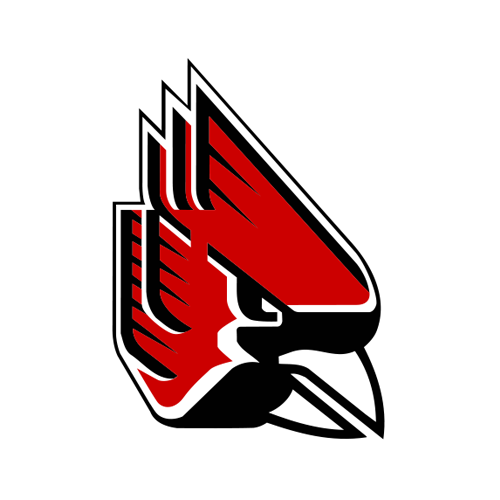 No question the marquee bowl matchup on New Year’s Eve is the Arizona Bowl as No. 22 San Jose State, the Mountain West Conference champion, takes on Mid-American Conference champion Ball State in a very intriguing matchup. The Spartans are solid favorites on the NCAAF odds.

This bowl has only been around since 2015 and neither San Jose State nor Ball State has played in it. There will be no fans allowed. It’s the first-ever meeting between the Spartans and Cardinals.

Why Bet on San Jose State?

Unbeaten San Jose State (7-0) was an underdog in the Mountain West title game but beat Boise State 34-20. Spartans QB Nick Starkel, the championship game offensive MVP, threw for 453 yards and touchdowns to three different receivers. Wideout Tre Walker was the top target, making seven catches for 137 yards and scoring on a 50-yard play giving the Spartans a 7-0 they would never relinquish.

The Spartans ended the contest with a 498-233 advantage in total yards and outgained Boise 453-221 through the air. Cade Hall, the game’s defensive MVP, led a ferocious effort from the SJSU defense with two of the team’s three quarterback sacks and 3.0 tackles for loss.

Matt Mercurio was 4-for-4 on field goal attempts in addition to making each of his point-after tries – his day was a historic one as his four field goals in the second stanza matched an NCAA record for made field goals in a quarter.

Hall has been named to several All-American teams. Currently, he ranks second nationally among Football Bowl Subdivision (FBS) players in quarterback sacks with a 1.38 per game average and tied for 12th in tackles for loss with a 1.7 per game average. He was named Mountain West Defensive Player of the Year.

The Spartans will look to make Tucson their fourth straight home win, yet all away from home as they weren’t allowed to play their final three at home due to COVID restrictions.

San Jose State is 4-0 in their last four bowl games dating back to the 1990s, with their last bowl win coming in the 2015 AutoNation Cure Bowl over Georgia State.

Why Bet on Ball State?

BSU extended its winning streak to six games, the longest streak for the program since 2013 and recorded its first win over a ranked team since Nov. 6, 2012 at Toledo. Ball State was able to stymie Buffalo and almost completely halt the Bulls’ vaunted rushing attack. The Cardinals held a 166-134 advantage on the ground over Buffalo, a team that came into the game averaging 344 rushing yards per game. The Cardinals held Buffalo RB Jaret Patterson, the nation’s leader at 205 yards per game, to 47 yards on 18 carries.

Cards QB Drew Plitt was named Offensive Player of the Game after throwing for 263 yards and three touchdowns and rushing for another score. It was the third time in the past four games Plitt had both a passing and rushing touchdown. With 263 passing yards, Plitt surpassed his head coach Neu for fourth place on the Cardinals’ career list with 6,293.

Senior WR Justin Hall, the nation’s active leader in receptions (257) and consecutive games with a catch (43), finished with five catches for 45 yards and a touchdown. It was his fifth touchdown catch of the season. He has 13 career TD grabs and 17 career total touchdowns.

Ball State placed 12 players on the 2020 All-MAC teams, led by linebacker Brandon Martin as the league’s co-defensive player of the year. Hall was first-team All-Mac.

The Cardinals have a postseason mission of making history by earning their first ever bowl victory. To date Ball State is 0-9 in previous bowl contests. The last postseason appearance for BSU was in 2013.

Posted: Thursday, September 6, 2018 5:23, EDT
After taking down nationally-ranked Michigan in their regular season opener, the eighth-ranked Notre Dame Fighting Irish have another tough task on their hands in NCAAF Week 2 – covering the spread as a huge, five-touchdown home favorite. In order to do that, the Irish will have to get past a Ball State Cardinals team that looked fantastic in their own Read More

Posted: Monday, October 31, 2016 12:24, EDT
Are you ready for some MACtion? The Mid-American Conference stages weekday games late in the season to take advantage of the national TV exposure. And this Tuesday the MAC’s best team, unbeaten and No. 17 Western Michigan, looks to keep its lead atop the MAC West Division when it visits Ball State. Be sure to check out for more college Read More

Posted: Saturday, September 26, 2015 9:11, EDT
The surprising Northwestern Wildcats and their NCAAF betting fans will look to remain unbeaten when they play host to the Ball State Cardinals when the two rivals square off in their Week 4 showdown at Ryan Field. Now, let’s find out which team will bring home the bacon in this matchup. Ball State at No. 19 Northwestern NCAA Football Game Information Read More

Posted: Sunday, March 8, 2015 6:22, EDT
There are currently 10 schools in Division I that have yet to win a bowl game in school history. Let’s examine the four that have failed in multiple attempts and their college football odds in ending that drought in the 2015 season. You may notice a Mid-American Conference trend. Taking A Closer Look at the NCAA Football Winless Teams First Read More