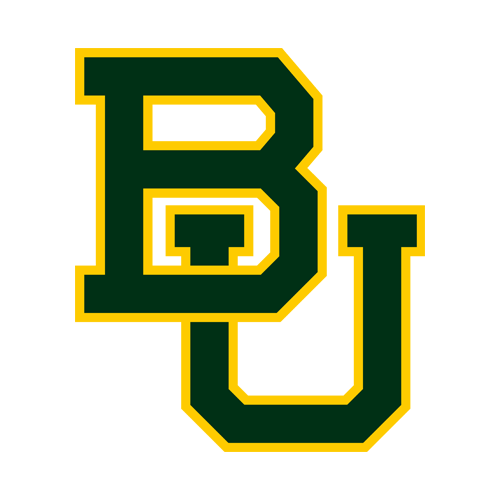 While the majority of us enjoy a day of relaxation when the calendar rolls over into the New Year, spare a thought for the players who have to don uniforms and go play the sports that we love to watch. One of the biggest sporting events of the college football season now falls on the first day of the year, with the New Year’s 6 bowl games set to go. It’s a fabulous day of football for those of us looking to battle off a hangover or just trying to sneak some rest before it’s time to go back to work.

There are a lot of big games on tap on Wednesday, but with some of the teams set to play being those who just missed out on the playoffs, you have to wonder which of the teams involved will be up for one more battle before their season officially end. The Sugar Bowl features a pair of teams who had a close playoff call this season, with the Georgia Bulldogs and Baylor Bears set to go head to head. Georgia is in as a 4-point favorite, with the point total for this one set at 41.

Why bet on the Georgia Bulldogs?

You have to feel some level of sympathy for a Georgia Bulldogs football team that limped into the SEC Championship Game with an astonishing number of injuries on the offensive side of the football. This is a team that has made it to the conference final in 3 consecutive seasons, so there is every reason to believe that they will be back again sooner rather than later.

This may well prove to be the final game of his college career for QB Jake Fromm, so look for him to put on a good show for the NFL scouts who will certainly be watching. The Dawgs have been a decent pick when playing in January, going 10-5 SU in their last 15. This season, they are 4-2 ATS in their last 6.

Why bet on the Baylor Bears?

The Baylor Bears lost just 2 games this season, with both of those defeats coming at the hands of the Oklahoma Sooners, a pair of losses that ultimately cost Baylor a spot in the playoffs. The Sugar Bowl will serve as a nice little consolation, but the Bears will still be looking back at that second half lead that they totally gassed in the first meeting with the Sooners.

That aside, the Bears have been a fantastic betting option this season, especially against the spread, where they have now covered in 6 of their last 7 games. It gets even better when this team is in as the underdog, as they have covered in 9 straight games when playing with that label. The Bears have seen 4 of their last 6 games go UNDER the point total.

The one thing that you need to pay attention to here is the health of Bears QB Charlie Brewer, who suffered a concussion in the Big 12 title game. If he cannot go, the Dawgs would appear to be a great bet. I am taking them to win and cover either way.

Posted: Tuesday, December 31, 2019 4:15, EST
While the majority of us enjoy a day of relaxation when the calendar rolls over into the New Year, spare a thought for the players who have to don uniforms and go play the sports that we love to watch. One of the biggest sporting events of the college football season now falls on the first day of the year, Read More
0 comments

Posted: Tuesday, December 3, 2019 4:52, EST
Jalen Hurts and the sixth-ranked Oklahoma Sooners will look to get in the conversation for a berth in the four-team College Football Playoff when they take on Charlie Brewer and the eighth-ranked Baylor Bears in their intriguing Big 12 championship showdown on Saturday. With Baylor looking for revenge for their narrow regular season loss against Oklahoma and both teams looking Read More
0 comments

Posted: Thursday, November 28, 2019 8:09, EST
The next two weeks are undoubtedly the biggest of the college football season, outside of the playoffs of course. This coming weekend, which goes in the books as Week 14, is what has become known as rivalry week in the college football world. It’s when we get to see some good old-fashioned hate hit the football field, with some of Read More
0 comments

Posted: Thursday, November 21, 2019 8:12, EST
The national tile hopes for No. 13 Baylor ended last week in blowing a big lead and losing to Oklahoma, but the Bears can earn a spot in the Big 12 title game – opposite the Sooners – with a win Saturday as a Mybookie NCAAF betting favorite against now-unranked Texas. How to Bet Texas vs Baylor College Football Week Read More
0 comments

Posted: Friday, November 15, 2019 7:20, EST
The unbeaten Baylor Bears will look to take care of business at home while giving their once improbable hopes of reaching the College Football Playoff a big shot in the arm when they host the Oklahoma Sooners in what will be the biggest conference clash in the Big 12 this season. Now, with Baylor looking to stay hot and Oklahoma Read More
0 comments

Posted: Wednesday, November 6, 2019 9:22, EST
The only unbeaten team in the Big 12 is surprising Baylor, although the No. 11 Bears really haven’t played anyone yet. They figure to get tested on Saturday at TCU even though the Frogs are down this year a bit and are short Mybookie NCAAF betting underdogs. How to Bet Baylor vs TCU College Football Week 11 Betting Lines & Read More
0 comments

Posted: Wednesday, October 30, 2019 5:22, EDT
Week 10 of the college football season is a bit of a strange one in that a lot of the top teams are idle this weekend. That is not to say that there aren’t some big games on tap, as there certainly are, with the Georgia Bulldogs game against the Florida Gators arguably the most important of the bunch. The Read More
0 comments

Posted: Friday, October 18, 2019 8:58, EDT
The Baylor football program was an utter trainwreck a couple of years ago, but now the Bears are ranked No. 18 and tied atop the Big 12. However, Coach Matt Rhule’s team is a short college football betting underdog Saturday in conference action at Oklahoma State. How to Bet Baylor vs Oklahoma State College Football Week 8 Odds & Game Read More
0 comments

Posted: Thursday, October 3, 2019 1:33, EDT
The Baylor Bears will be looking to remain unbeaten while giving their conference championship hopes a boost when they hit the road to take on the Kansas State Wildcats in their Big 12 showdown on Saturday. Will K-State take care of business at home or are the Bears the better bet to stay unbeaten and cover the chalk? Let’s get Read More
0 comments