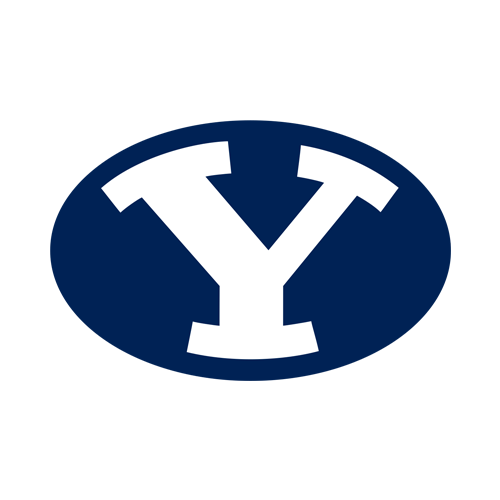 No. 17 BYU had hoped to perhaps play in a New Year’s Six bowl this year, but the one-loss Cougars instead will have to settle for being the first ranked team to take the field in a 2020 bowl game as they face Central Florida of the American Athletic Conference in the Boca Raton Bowl on Tuesday.

The schools have split two all-time meetings. The Cougars won the first matchup in 2011, 24-17 in Provo. The Knights won the more recent matchup in 2014, 31-24 in Orlando. Neither school has played in this bowl game.

Central Florida (6-3) hasn’t played since a Nov. 27 win over rival South Florida 58-46. Sophomore quarterback Dillon Gabriel went for 336 yards passing and four touchdowns through the air, while scoring another on the ground. His main scoring target was senior Jacob Harris, who caught five balls for a career high 110 yards and a career-best three touchdown receptions.

Gabriel threw a touchdown pass for the 22nd straight game, which ties Daunte Culpepper for the third longest streak in UCF history. It is the longest streak for a Knight to start his career. Gabriel finished the regular season with 30 passing touchdowns, the third most in a single-season in UCF history. He now has 59 in his career, moving past Blake Bortles for fifth all-time at UCF. Gabriel also has 7,006 career passing yards, which ranks sixth all-time at UCF.

Greg McCrae matched a career high with 25 rushes for 130 yards and a touchdown. He is now alone in fourth with 28 career rushing touchdowns and fifth all-time with 2,543 career rushing yards, passing former teammate Adrian Killins Jr., Brynn Harvey and Latavius Murray on the UCF charts. The Knights finished with over 500 yards of total offense for the sixth time in nine games during the 2020 season.

UCF leading receiver Marlon Williams opted out of the bowl game to prepare for the NFL Draft. Williams ranks fifth in the nation with 10 touchdown receptions, fifth with 129.9 yards per game and third with 8.9 catches per game.

The Cougars (10-1) will enter the game as the highest-ranked team to ever play in the Boca Raton Bowl. The closed the regular season with a 28-14 win over San Diego State on Dec. 12.

Finishing with 303 yards going 26-for-35 passing, Zach Wilson passed Taysom Hill for No. 11 in all-time passing yards. He eclipsed the 7,000 career passing yard mark to finish with a total of 7,227. His three passing touchdowns moved him into a tie at No. 10 all-time at BYU in passing TDs with Steve Sarkisian and Kevin Federick with 53. He also moved up on the all-time list of passing completions to 11th with 540, as he moved past Steve Sarkisian and Marc Wilson.

Zach Wilson is the first BYU quarterback to throw at least one touchdown in every game of a season since Max Hall in 2009. The junior had multiple TD passes in 10 of 11 games this year. Wilson is a finalist for numerous national awards. He leads a BYU offense that ranks No. 9 in scoring (43.0 ppg) and No. 10 in total offense (510.1 ypg).

BYU extended its perfect kicking season going 2-for-2 on field goals. The team is 13-for-13 on the season to tie for No. 1 nationally (100%). BYU held its opponent scoreless in three quarters, a feat it accomplished for the third time this season (Navy, Troy). BYU also scored more points against San Diego State than any other opponent the Aztecs have played all year.

Running back Tyler Allgeier could be available to play in the Cougars’ bowl game.  He missed the win over San Diego State for undisclosed reasons. Allgeier, who rushed for 106 yards and a touchdown in BYU’s December 5 loss to Coastal Carolina, has hit the 100-yard mark in each of his last three appearances.

BYU boasts one of the best defenses in the country — ranking third in scoring defense and 10th in total defense.

The Boca Raton Bowl will be BYU’s 38th bowl game dating back to the 1974 Fiesta Bowl. BYU’s 38 bowl appearances rank No. 21 among college programs — more than marquee programs such as UCLA, Notre Dame, Virginia Tech, Wisconsin and Stanford. The Cougars have gone bowling in 15 of the past 16 seasons.

Posted: Monday, December 21, 2020 9:27, EST
No. 17 BYU had hoped to perhaps play in a New Year’s Six bowl this year, but the one-loss Cougars instead will have to settle for being the first ranked team to take the field in a 2020 bowl game as they face Central Florida of the American Athletic Conference in the Boca Raton Bowl on Tuesday. How to Bet Read More

Posted: Thursday, November 5, 2020 9:06, EST
Could a Group of 5 school make the College Football Playoff this season? It’s possible that either BYU or Boise State could if they run the table – alas only one can because the No. 9 Cougars visit the No. 21 Broncos in a spectacular Friday matchup. How to Bet BYU at Boise State NCAA Football Odds & TV Info Read More

Posted: Monday, December 23, 2019 2:56, EST
The Hawaii Rainbow Warriors and BYU Cougars will both be looking to cap off their respective 2019 campaigns with a season-ending victory when they square off in the 2019 Hawaii Bowl on Tuesday. With both teams looking to bounce back from losses in their respective last contests, let’s find out which team is offering the best value against their college football Read More

Posted: Tuesday, October 15, 2019 11:03, EDT
Undefeated Boise State looks to add another win to their unbeaten record when they take on the BYU Cougars on Saturday, Oct. 19. The Broncos are road favorites. Can they take down BYU and cover the spread? See below for college football odds, analysis and a free pick for Boise State vs BYU! Boise State vs BYU 2019 College Football Read More

Posted: Monday, December 17, 2018 12:16, EST
The Brigham Young Cougars will look to close out their season in style when they take on the  Western Michigan Broncos in the 2018 Famous Idaho Potato Bowl on Friday afternoon. With BYU a decisive double-digit favorite in this matchup, let’s find out if the Cougars can get the win and ATS cover or whether the Broncos are the better Read More

Posted: Thursday, October 4, 2018 11:48, EDT
Really not a heck of a lot at stake Friday night other than state bragging rights as Utah State visits previously ranked BYU. The Cougars fell out of the Top 25 after getting slaughtered last week at a good Washington team. The Cougars are slight NCAAF lines favorites to rebounds.   Utah State vs BYU NCAAF Week 6 Spread & Pick Read More

Posted: Wednesday, September 26, 2018 9:07, EDT
Washington hosts BYU hoping not to suffer the same fate Big Ten powerhouse Wisconsin suffered when they faced the Cougars. Can the Huskies not only beat BYU straight up but also cover as a -17.5 dog? Check out the hand analysis for BYU at #11 Washington! BYU at Washington 2018 NCAA Football Week 5 Odds Look back at Saturday in Read More

Posted: Thursday, September 13, 2018 4:35, EDT
There are very few sports where losing one or two games per season can be constituted as a disappointing year, yet that is exactly what it can be in college football. The margin for error in this sport is ridiculously small, as that one loss may come at a time where the end result is that you get nothing out Read More

Posted: Friday, September 1, 2017 2:45, EDT
This Saturday sees the first full weekend of the 2017 NCAA college football season kick-off, but there are a few teams who already have a game under their belt after a bit of a soft season opening last weekend and this will clearly improve their NCAAF odds. One of those teams is the BYU Cougars, as they beat the Portland Read More