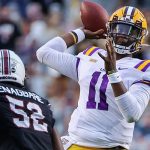 As we all expected from the off, this has been a rather strange kind of season in college football. It looked for a long time as though we weren’t going to get a season, as conferences flipped back and forth between playing and skipping. We then saw something of a staggered start, with the Power 5 getting off the mark at different times. 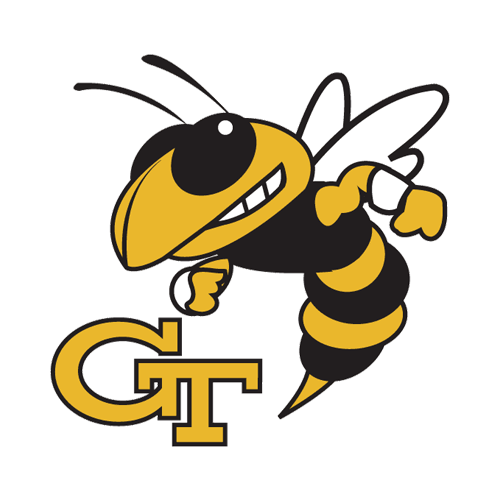 Top-ranked Clemson could be on letdown alert Saturday with an early kickoff at Georgia Tech as the Tigers had a huge game last week against then-No. 7 Miami. Still, college football oddsmakers have Clemson as a huge favorite vs. the Yellow Jackets.

The teams met Week 1 last year and Clemson rolled 52-14 behind 205 yards and three TDs rushing from Travis Etienne. He averaged better than 17 yards on his 12 carries. Tech committed four turnovers and gave up more than 500 yards of offense.

The Tigers routed No. 7 Miami last Saturday 42-17 to extend the longest home winning streak in school history to 25. Valley since 2010. In addition, the Tigers increased their FBS-record Saturday winning streak to 47. Clemson’s defense kept the Hurricanes offense in check all night, allowing only 210 yards, while the offense piled up 550.

Trevor Lawrence was 29-for41 passing for 292 yards and three touchdowns and Travis Etienne ran for 149 yards and two scores and caught a game-high eight passes for 73 yards.

In the process, he extended his school record for 100-yard rushing games to 19 and became the first non-kicker in ACC history to score 400 points. Defensively, Clemson had five sacks, which marked the 10th straight game the Brent Venables-led unit got to the quarterback multiple times.

Clemson played its 18th game all-time while ranked No. 1 in the AP Poll to move past Pitt and Tennessee for sole possession of the 15th-most since the poll’s inception in 1936. It was Dabo Swinney’s 17th game coached at No. 1, tying him with College Football Hall of Famer Ara Parseghian for 19th all-time. Clemson is 16-2 as the No. 1 team.

In this one, Clemson seeking its 14th consecutive victory in true road games, which would extend its current school record. Clemson, which has scored at least 37 points in each of its first four games, is trying to open a season with five consecutive games of 37 points or more for the first time in school history. Clemson enters the game having won 33 consecutive regular season games, the longest such streak in ACC annals. Clemson’s last regular season loss came in October 2017 at Syracuse

The Jackets (2-2) thumped Louisville last Friday 49-27. On a rainy night, Louisville running backs lost three fumbles while Georgia Tech did not commit a turnover.Jeff Sims threw a go-ahead 19-yard scoring pass to Jahmyr Gibbs midway through the fourth quarter and Georgia Tech rallied from a two-touchdown deficit. After falling behind 21-7 in the second quarter, Georgia Tech outscored Louisville 39-6 the rest of the way, while outgaining the Cardinals by a 262-182 margin in the second half.

True freshman quarterback Jeff Sims amassed 313 yards of total offense while throwing for a career-high two touchdowns and rushing for one more. Six different players scored for the Jackets, led by freshman running back Jahmyr Gibbs, who ran for one touchdown and caught another while finishing with 121 yards from scrimmage.

Sims has been one of the top true freshmen in the country and has 944 pass yards and five touchdowns in the first four games. He ranks 21st in pass yards among all FBS quarterbacks and also has 251 rush yards with three rushing touchdowns. Sims is the only quarterback in the nation that has passed for at least 240 yards and run for 60 yards or more in three games this season. The feat has been accomplished only 12 times total across NCAA Division I FBS this season and Sims is the only freshman (true or redshirt) that has achieved it even once.

Saturday’s game marks the first time that Georgia Tech will host the nation’s No. 1 team since a 3-3 tie versus No. 1 Notre Dame at Grant Field on Nov. 8, 1980.

Posted: Thursday, October 15, 2020 9:54, EDT
Top-ranked Clemson could be on letdown alert Saturday with an early kickoff at Georgia Tech as the Tigers had a huge game last week against then-No. 7 Miami. Still, college football oddsmakers have Clemson as a huge favorite vs. the Yellow Jackets. How to Bet Clemson at Georgia Tech NCAA Football Odds & TV Info When: Saturday, noon ET Where: Read More
0 comments

Posted: Friday, September 18, 2020 4:32, EDT
With the 2020 NCAA college football season heading into its third week of action this coming weekend, it’s time to find out which Week 3 matchups are offering the best betting value against their College Football odds. NCAA Football Analysis – Top Week 3 Games to Bet On Whether you like making straight-up (SU), moneyline wagers, against-the-spread (ATS) picks over Read More
0 comments

Posted: Thursday, November 28, 2019 8:48, EST
Could No. 4 Georgia be caught looking ahead to a showdown with top-ranked LSU next week in the SEC title game and overlook rival Georgia Tech this Saturday? This is the Yellow Jackets’ bowl game since they won’t qualify for a postseason game. They are sizable home dogs on the Mybookie NCAAF odds. How to Bet Georgia at Georgia Tech Read More
0 comments

Posted: Wednesday, December 26, 2018 8:00, EST
The Minnesota Golden Gophers and the Georgia Tech Yellow Jackets will both look to finish off their seasons in style when they battle in the 2018 Quick Lane Bowl on Wednesday, December 26. Now, let’s find out which team is offering the best value against their college bowl betting odds.   Minnesota vs Georgia Tech 2018 Quick Lane Bowl Odds Read More
0 comments

Posted: Tuesday, November 20, 2018 11:36, EST
Georgia hosts intrastate rival Georgia Tech on Saturday in a matchup that could help the Bulldogs stamp their ticket to the College Football Playoff. Georgia has played as well as any team in the nation since their lone loss to LSU earlier in the season. Will the Bulldogs head to the SEC Championship on a roll? Or, will Georgia Tech Read More
0 comments

Posted: Wednesday, September 19, 2018 9:53, EDT
No. 3 Clemson opens defense of its ACC title on Saturday as the Tigers start conference play with a matchup at tricky Georgia Tech and the Yellow Jackets’ option offense. The Tigers are “only” 17-point favorites on the NCAA Football Week 4 Odds. How to Bet Clemson vs Georgia Tech NCAA Football Week 4 Odds & Game Info The latest Read More
0 comments

Posted: Wednesday, October 25, 2017 12:30, EDT
College football is one of the cruelest sports out there, simply because a single loss can be all that it takes to kill off a promising season. Despite losing to Syracuse a couple of weeks ago, the defending champion Clemson Tigers are still essentially in control of their own destiny, as the NCAAF Week 9 betting odds reflect. If they can Read More
0 comments

Posted: Monday, October 9, 2017 11:55, EDT
With 6 weeks gone, we are now essentially halfway through the 2017 college football season, and what we are seeing thus far is more of the same. It is the Alabama Crimson Tide and the Clemson Tigers, the teams who have met in the last two National Championship Games, who are #1 and #2 in the rankings. Both teams are Read More
0 comments

Posted: Thursday, December 29, 2016 1:11, EST
The Kentucky Wildcats will look to pull off the upset over the Georgia Tech Yellow Jackets when the two teams square off in the Taxslayer Bowl on Saturday, Dec. 31 live from EverBank Field in Jacksonville, Florida. This annual postseason bowl game will air live on ESPN at 11:00 AM ET. Now, let’s find out if the Wildcats can get Read More
0 comments