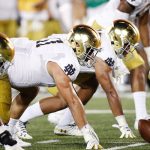 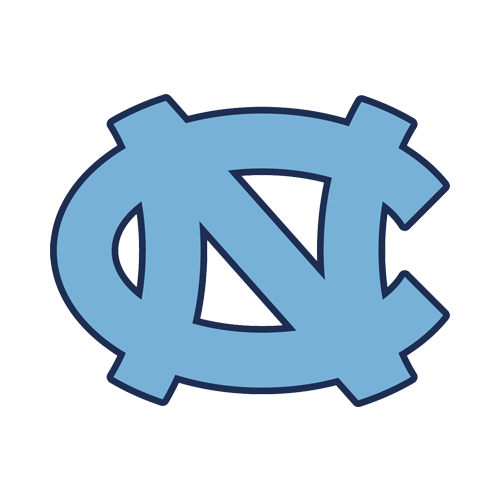 Sam Howell had the best season by a quarterback ever at North Carolina last year and he was just a freshman. The sky is the limit this year. Here are two props available to wager at Mybookie on Howell’s Heisman Trophy chances and North Carolina’s 2020 college football season – assuming there is one – and an overview.

Howell starred at Sun Valley High School in Monroe, North Carolina. During his high school career, he passed for 13,415 yards, 145 passing touchdowns and rushed for 3,621 yards and 60 touchdowns. He was the all-time leader in total offense in state history with 17,036 yards. Howell originally committed to play collegiately at Florida State.

However, then FSU Walt Bell took a job as the head coach at the University of Massachusetts. Bell had been instrumental in Howell’s recruitment to Tallahassee. So Howell changed his mind and decided to go play at North Carolina. Howell said after Mack Brown took over at UNC, he and Brown kept in close contact.

Howell won the starting job in fall camp for the Heels a year ago and became the first true freshman quarterback to start a season opener in school history. He led a 24-20 win over South Carolina by throwing for 245 yards and two scores. Howell capped second-half drives of 98 and 95 yards with a 22-yard TD strike to Dyami Brown and a 17-yard scoring toss to Beau Corrales.

Howell instantly revitalized the program under HC Mack Brown in 2019 by earning a Week 2 upset over Miami (FL) and nearly beating Clemson a few weeks later.

UNC would finish the season at 7-6 following a 55-13 blowout of Temple in the Military Bowl. In that game, Howell completed 25-of-34 passes for 294 yards and three touchdowns while catching a short touchdown pass. Howell opened up the scoring in this one via a 39-yard touchdown pass to Dyami Brown midway through the first quarter and added another scoring toss with time winding down in the second quarter, hooking up with Dazz Newsome for a 16-yard touchdown. In the second half, he would catch a two-yard touchdown pass on a third-quarter trick play and threw a 29-yard fourth-quarter touchdown pass to Newsome.

Howell was named Military Bowl MVP set the FBS true freshman record and UNC school record with 38 TD passes. Those 38 TD passes were the third most in a season in ACC history and the second most by a freshman QB.  Howell ranked fourth nationally and led ACC QBs in passing TDs. He also ranked second in the ACC and 14th nationally with 3,641 passing yards.

He was second in the ACC and 10th nationally with a 160.3 passing efficiency and third in ACC in total offense (282.8 ypg). Howell Put together a streak of 13 consecutive games with multiple TD passes and had eight games with three or more TD passes. He was named a Freshman All-American, ACC Offensive & Overall Rookie of the Year.

Howell received Pro Football Focus’ highest fourth-quarter performance grade of 92.8 in 2019. He had an FBS-leading six touchdown passes that were thrown more than 40 yards downfield. That’s one more than Heisman Trophy winner Joe Burrow had for LSU.

This could be a dynamic offensive team in 2020 as Howell is surrounded by playmakers. UNC running backs Michael Carter (senior) and Javonte Williams (junior) combined for 1,936 rush yards in 2019, and wide receivers Dyami Brown (junior) and Dazz Newsome (senior) both eclipsed 1,000 receiving yards and combined for 22 touchdown receptions.

UNC does open the season with a very tough game at Central Florida on Sept. 4 and the Knights are early betting favorites. The Knights will look to extend their 21-game home winning streak when they host the Tar Heels at Spectrum Stadium. It will be the first meeting between the two programs and the first of UCF’s two matchups with ACC opponents this season.

Posted: Wednesday, May 20, 2020 3:08, EDT
Sam Howell had the best season by a quarterback ever at North Carolina last year and he was just a freshman. The sky is the limit this year. Here are two props available to wager at Mybookie on Howell’s Heisman Trophy chances and North Carolina’s 2020 college football season – assuming there is one – and an overview. Sam Howell Read More
0 comments

Posted: Tuesday, December 24, 2019 9:27, EST
Busy Friday with five bowl games this week and the first of them features North Carolina of the ACC facing Temple of the American Athletic Conference in the Military Bowl. The Heels are favored on the college football odds. How to Bet North Carolina vs Temple Military Bowl Betting Lines & Game Info When: Friday, noon ET Where: Navy-Marine Corps Read More
0 comments

Posted: Thursday, September 26, 2019 1:34, EDT
Every single team in college football comes into the new season with expectations that need to be met. For some, it is simply seeing an improvement over the previous season, while for others, it’s all about securing a bowl game. The expectations are much higher for many of the teams in the Power 5 conference, with a conference championship win Read More
0 comments

Posted: Thursday, November 22, 2018 10:10, EST
It has been a terrible year at the University of North Carolina, but the Heels can at least head into the offseason with a bit of momentum if they can upset rival NC State on Saturday. However, the bowl-eligible Wolfpack are the NCAAF Betting favorites at Mybookie Sportsbook. How to Bet NC State at UNC NCAA Football Week 13 Lines Read More
0 comments

Posted: Wednesday, November 7, 2018 3:15, EST
Not only will the NC State Wolfpack be looking to record consecutive victories when they host the visiting Wake Forest Demon Deacons on Thursday night, but they’ll also be looking to cover the chalk as a huge home favorite in their Week 11 ACC battle. If you’re looking to find out if the Wolfpack can hold it down at home Read More
0 comments

Posted: Monday, October 22, 2018 10:00, EDT
#22 NC State heads to Syracuse attempting to pick themselves up after a devastating loss to Clemson in Week 8. The Wolfpack looks to rebuild their confidence. Will the Orange allow them to do it? See below for college football odds, analysis, and a free pick for NC State at Syracuse! NC State at Syracuse 2018 NCAA Football Week 9 Read More
0 comments

Posted: Wednesday, October 17, 2018 10:22, EDT
There are just two teams in the ACC without at least two losses: No. 16 NC State and No. 3 Clemson. The unbeaten’s meet in Death Valley on Saturday afternoon with the winner in good shape to claim the Atlantic Division title. The Tigers are sizable college football odds favorites. Both teams come off a bye.   How to Bet NC Read More
0 comments

Posted: Wednesday, December 27, 2017 11:45, EST
The Arizona State Sun Devils and NC State Wolfpack will both look to close out their respective 2017 campaigns on a positive note when they square off in the 2017 Hyundai Sun Bowl on Friday, December 29. This game goes down live from the Sun Bowl at 3:00 PM ET while airing on CBS, so let’s check which team offers Read More
0 comments

Posted: Thursday, November 2, 2017 2:18, EDT
College football fans are more than a little divided on one particular issue this season. There is one group of fans who would love to see the Alabama Crimson Tide and the Clemson Tigers meet for a third straight year in the National Championship Game, as it would serve as a tie-breaker given that they have split the last two. Read More
0 comments