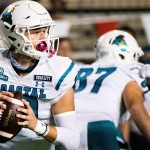 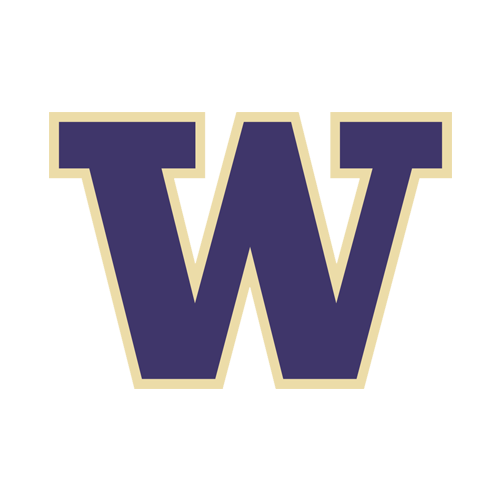 There are many signs that the holiday season is now upon us, but in the world of sports, it is the start of bowl season that lets us know that Christmas is just around the corner. The playoff games are still a couple of weeks in the distance, but there is going to be plenty of football to keep us entertained between then and now. Sure, there are some games on the bowl schedule that don’t really get the juices flowing, but it’s amazing how many of these smaller bowl games actually end up being a ton of fun to watch and wager on.

The action commences on Friday night, but we are going to jump ahead to Saturday for a matchup that looks to be very interesting indeed. You have the Washington Huskies, a Power 5 team, going up against the Boise State Broncos, the champions of the Mountain West Conference in the Las Vegas Bowl. It was a very poor year for the Huskies, yet the bookies have them in as a 3 ½ point favorite. The point total for the Las Vegas Bowl has been set at 49 ½.

After finishing the season with a 12-1 record and being crowned as the Mountain West Conference champions, the Boise State Broncos have very little left to prove. That said, they may want to send a message to the payoff committee by beating a Power 5 opponent and proving that the best Group of 5 teams deserve some playoff consideration.

Overall, the Broncos went 8-5 ATS this season, although it should be noted that they were just 1-2 ATS in neutral site games, although they did win all 3 of those games. The Broncos have a very decent record versus teams from the PAC 12, going 5-1 SU in their last 6 meetings against teams from that conference.

Why bet on the Washington Huskies?

No matter what happens on Saturday, this will be the first time that the Huskies have failed to record double-digit wins on the season since 2015. To say that it has been a disappointing year for this team is putting things rather mildly. You do have to wonder about the mindset of the Huskies heading into this one.

Do they want to finish the season with a win, or will they just go through the motions as they have so often done this season? While the previous 4 meetings between the Broncos and the Huskies have been split down the middle, Washington did cover the spread in all 4 games. December has been a good month for the Huskies, going 7-2 ATS in their last 10 games played in that month. They are also 10-5 ATS in their last 15 games overall.

As mentioned earlier, I am a little concerned about just how up for this game the Huskies are going to be after a pretty awful season. The Broncos, meanwhile, are sure to still be riding high after their conference win, which is why I am on Boise State to spring the mild upset.

Posted: Friday, December 20, 2019 4:16, EST
There are many signs that the holiday season is now upon us, but in the world of sports, it is the start of bowl season that lets us know that Christmas is just around the corner. The playoff games are still a couple of weeks in the distance, but there is going to be plenty of football to keep us Read More
0 comments

Posted: Friday, November 1, 2019 8:23, EDT
Utah and Washington played in the Pac-12 title game last year – with the Huskies winning – but only the No. 9 Utes have a chance to get back there this season. They are short college football betting favorites at Washington on Saturday. How to Bet Utah vs Washington College Football Week 10 Odds & Game Info When: Saturday, 4 Read More
0 comments

Posted: Thursday, October 17, 2019 2:20, EDT
No. 23 Washington will be looking to improve their chances of winning the Pac-12 when they host streaking No. 12 Oregon on Saturday. With the Huskies already suffering two inexplicable losses as double digit favorites no less, Chris Petersen’s squad will be going all out to slow down an Oregon team that has won five straight. The Ducks have an Read More
0 comments

Posted: Thursday, October 10, 2019 9:38, EDT
The Arizona Wildcats will be looking to take care of business when they host the Washington Huskies in their Week 7 Pac-12 pairing on Saturday. With the Cats looking to extend their winning ways and the Huskies looking to bounce back from their uninspiring Week 6 loss, let’s find out which team is offering the best value against their college Read More
0 comments

Posted: Thursday, September 26, 2019 3:46, EDT
The 25th-ranked USC Trojans and the 17th-ranked Washington Huskies will both be looking to give their conference championship hopes a boost when they square off in their Week 5 Pac-12 pairing on Saturday. With the Trojans looking to build on their upset win over Utah and the Huskies looking to record their third straight win, let’s find out which team Read More
0 comments

Posted: Wednesday, July 17, 2019 9:16, EDT
After recording three straight double-digit winning seasons, and claiming two Pac-12 conference crowns along the way, the Washington Huskies have one main goal in mind heading into the upcoming 2019 regular season. Win another conference title – while really making a big challenge to reach the College Football Playoff for the second time in the last four years. If you’re Read More
0 comments

Posted: Monday, July 1, 2019 10:28, EDT
In five years leading the PAC-12 national championship hopefuls, widely-respected head coach Chris Petersen has completely transformed the program. After failing to reach the double-digit win mark in 15 consecutive seasons, including Petersen’s first two, the Washington Huskies are now a perennial powerhouse that has reached 10 wins or more in each of the last three seasons while making a Read More
0 comments

Posted: Monday, December 31, 2018 8:14, EST
The Rose Bowl is called the “Granddaddy of them all” as it has more tradition than any bowl game in college football. Neither the Pac-12 nor Big Ten got a team in the College Football Playoff this year, so Pac-12 champion and No. 9 Washington faces Big Ten champion and No. 6 Ohio State for all the Roses on New Read More
0 comments