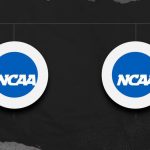 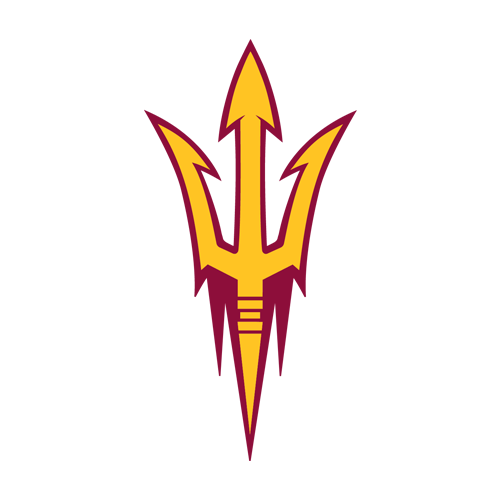 The lone ranked matchup in college basketball Thursday night features newly ranked No. 24 San Diego State of the Mountain West looking for an upset at Pac-12 favorite and No. 23 Arizona State with a national TV audience.

On Nov. 14, 2017, San Diego State lost 90-68 at Arizona State. The Sun Devils built an early 10-point lead, watched it turn into a halftime deficit, then raced away from the Aztecs with a 22-2 run in the second half. Needless to say, no one from that game is around these days.

Why Bet on San Diego State?

The Aztecs already beat on Pac-12 ranked team this season, knocking off No. 22 UCLA on Nov. 25. The Sun Devils were last in action on Sunday and beat Pepperdine 65-60.  SDSU used a 24-4 run midway through the second half to erase a 16-point deficit.Jordan Schakel led the offense for the Aztecs (4-0) with 17 points, Matt Mitchell finished with 13 and Joshua Tomaic totaled 10 points. Down 47-31 with 16:16 left in the game, Tomaic, Schakel and Mitchell combined to score 21 of the team’s 24 points in a 12:37 span to erase the Waves’ lead and forge a four-point advantage, which they would not relinquish en route to the win.

San Diego State is 34-2 since the beginning of the 2019-20 campaign (tied with Gonzaga for the best record in the nation).

The Aztecs jumped in the to AP Top 25 at No. 24 this week and they are the only Mountain West team in the Top 25. This appearance, after the second week of competition, is the earliest week San Diego State has appeared in the poll in a year in which it was not ranked in the preseason. San Diego State appears in the poll for the 82nd time since the start of the 2010-11 season, easily outdistancing all other California schools in weeks being ranked in that time frame.

Why Bet on Arizona State?

Arizona State’s first true road game of the season proved to be a test, but it showed poise down the stretch to pull away late. The game teetered back and forth for much of the first half, with the first 20 minutes featuring 14 lead changes, six ties, and just a slim 35-34 lead at the break. Holding off several California comeback attempts, the Sun Devils never wavered, holding on to a lead for the entirety of the second half.

Remy Martin scored a team-high 22 points for ASU on efficient 8-of-11 shooting. Reigning Pac-12 Freshman of the Week Josh Christopher reached double-figures for the fourth straight game to start his career, combining with Martin to score 36 of the Sun Devils’ 70 points while connecting on 60.8 percent of their shots (14-for-23). Holland Woods came off the bench to score nine on 3-of-4 from beyond the arc.

Martin passed two-time Pac-10 All-Conference selection and first round NBA Draft pick Mario Bennett to move into 14th place on the program’s all-time career scoring list. Martin now has 1,383 points. It was the Sun Devils’ first road win in a Pac-12 opener since 2016, when they beat Stanford 98-93.

The Sun Devils were ranked No. 18 in the Associated Press preseason poll, marking just the second time in the past 29 seasons and fifth overall for the program to be ranked before the season tips. It was preseason No. 15 in 2008-09, James Harden’s sophomore and final season.

Posted: Thursday, February 20, 2020 8:28, EST
Important game in the Pac-12 on Thursday night as No. 14 Oregon and Arizona State square off. Both can still win the regular-season conference title but the Sun Devils need this more because they are on the NCAA Tournament bubble. They are short underdogs on the NCAAB odds. Let’s see how the College Basketball odds will be for the Oregon Read More
0 comments

Posted: Tuesday, March 19, 2019 12:14, EDT
St. John’s hopes to turn around their last season form when they take on the March Madness odds favorite Arizona State Sun Devils on Wednesday, March 20. The Red Storm looked terrible in a loss to Marquette in the Big East Tournament. Will St. John’s turn it around on Wednesday night and march to the NCAA Tournament Round of 64? St. Read More
0 comments

Posted: Monday, March 18, 2019 3:37, EDT
Selection Sunday has come and gone, and we now know the 68 teams that are going to be taking part in March Madness. Of course, that number will quickly drop to 64, as we have the 4 play-in games to take care of before we get into the bracket proper. That gives you a couple of days to really think Read More
0 comments

Posted: Tuesday, March 12, 2019 1:17, EDT
Washington and Oregon are favored to win this year’s Pac 12 Championship. Are one of those two teams a lock? Or, will a team desperate to get into the NCAA Tournament take down the Huskies and Ducks and score the tournament trophy? Let’s take a closer look at the odds to win the 2019 PAC-12 Championship. Download Our Exclusive 2019 Read More
0 comments

Posted: Wednesday, February 13, 2019 6:55, EST
Now’s the time for bubble teams to either step it up or go and hide in the shadows. Certain bubble teams will almost assuredly make it to the NCAA Tournament, meaning they probably were never bubble teams to begin with. However, many other teams are legit bubble squads that might get left out if they don’t step it up in Read More
0 comments

Posted: Tuesday, March 20, 2018 5:13, EDT
With higher seeds routinely getting smacked senseless by their lower-seeded upstart opponents over the first rounds of the 2018 NCAA Tournament, college basketball bettors everywhere need to find value wherever they can with the Sweet 16 getting underway in just about 72 hours. With that thought in mind, the pair of potentially, bankroll-boosting Over/Under picks that you’re about to get Read More
0 comments

Posted: Friday, February 16, 2018 11:50, EST
The teams currently occupying the top 25 at this stage of the college basketball season can probably count themselves as being in the tournament. It would take a total collapse of the teams in that group for them to miss out, which might, in turn, open the door for teams currently on the bubble. That is arguably the worst place Read More
0 comments