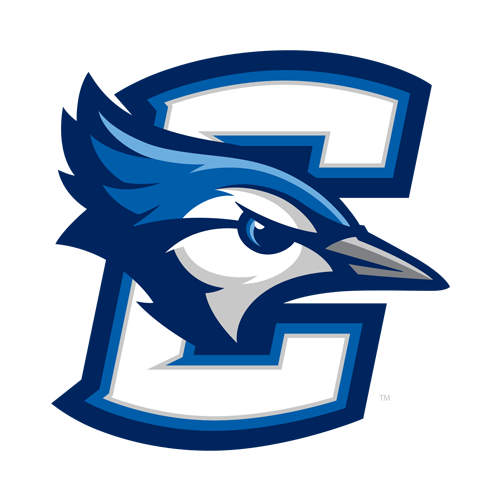 The first of four NCAA Tournament Sweet 16 games on Sunday features No. 1 overall seed Gonzaga, the favorite on the NCAAB odds to win the Big Dance, against Big East school and fifth-seeded Creighton. The Zags are heavy favorites.

Gonzaga leads all-time 2-0 vs. Creighton. The schools last met early in the 2017-18 season and the Zags won 91-74 at home when they were ranked No. 15 in the nation and Creighton No. 25. Creighton led 44-37 at halftime, after shooting 58 percent. But the Bluejays were outscored 54-30 in the second half as their shooting percentage dropped to 37.9 while the Zags were making better than 62 percent of their shots.

A shocking 73-48 loss to Georgetown in the Big East tournament title game seemed to suggest the Bluejays had lost a step after a turbulent stretch late in the season. Then they beat UC Santa Barbara in the opening round of the NCAA Tournament — but only after the Gauchos ended the game with a series of mistakes in the 63-62 loss.

However, Creighton (22-8) looked much better in Round 2 with a 72-58 win over No. 13 Ohio. A 23-5 run spanning halftime was the difference. It’s the first time Creighton has won consecutive NCAA Tournament games in the same season in program history, and first time among the final 16 teams since 1974. Back in 1974, the tournament field was just 25 teams.

Star Marcus Zegarowski led five Bluejays in double-figures with 20 points. Creighton got a combined 68 points from its starting five, getting 15 from Damien Jefferson, 12 from Christian Bishop, 11 from Denzel Mahoney and 10 from Mitch Ballock.

Greg McDermott is now 5-5 in six NCAA Tournament appearances at Creighton. The Bluejays’ 22 victories are four more than any other Big East team this season.

Gonzaga (28-0) won every game but one by double digits during the season and has won each in the NCAA Tournament by at least 16 points.

Oklahoma is a quality Big 12 team, but the Sooners just didn’t have the juice to compete for 40 minutes with this stacked Gonzaga team on Monday. The 87-71 win by Mark Few’s program in the second round was another sign that Gonzaga is clearly the best team in America. Good teams don’t seem to have a shot against Gonzaga; West Virginia’s five-point defeat on Dec. 2 was the closest.

The Sooners were the first power conference opponent for Gonzaga since it embarrassed Virginia in late December. Drew Timme scored a career-high 30 points and grabbed 13 rebounds vs. Oklahoma. He shot 9-of-12 from the floor and 12-of-14 from the free-throw line. His offensive rating of 168 was his second-highest mark of the season. Timme’s game score, a number created by analytics guru John Hollinger to give a rough measure of productivity for a single game (40 is outstanding, 10 is average) was 32.8.

Corey Kispert finished with 16 points, as did freshman star Jalen Suggs, who took an awkward tumble on a flagrant foul by Oklahoma’s Elijah Harkless in the closing seconds and had to be restrained by teammates. Joel Ayayi added 12 points, 10 in the first half.

There have been few weak spots for Gonzaga all season, but free throw shooting has occasionally been a bit of a bug for the Bulldogs, who shoot just 72.7% from the line. However, they finished 23-for-26 from the line against Oklahoma.

The Zags are on a 32-game winning streak overall and are in the Sweet 16 for a sixth straight year. Both are the longest active streaks in the nation.  The last time Gonzaga was eliminated before the tournament’s second weekend was in 2015, when the Bulldogs were a No. 8 seed.

Posted: Friday, March 5, 2021 9:40, EST
It’s the regular-season finale Saturday for Butler and No. 14 Creighton as they meet in Omaha with not much otherwise at stake Saturday. The Bluejays will be big favorites on the NCAAB odds as Butler has lost arguably its best player. Creighton is +2500 to win the national title. How to Bet Butler at Creighton NCAA Basketball Odds & TV Read More

Posted: Tuesday, March 2, 2021 7:37, EST
Huge game in the Big East on Wednesday as first-place and 10th-ranked Villanova hosts second-place and No. 14 Creighton. Nova will be favored on the NCAAB odds and is +1800 to win the national title. The Bluejays are +3300. How to Bet Creighton at Villanova NCAA Basketball Odds & TV Info When: Wednesday, 8:30 PM ET Where: Finneran Pavilion TV: Read More

Posted: Friday, February 12, 2021 9:15, EST
It’s the Game of the Year in the Big East on Saturday when No. 5 Villanova visits No. 19 Creighton. The Wildcats (13-2, 8-1 Big East) and Bluejays (15-5, 11-4) technically are tied for first in the conference. Villanova will be a short favorite on the NCAAB odds Saturday. How to Bet Villanova at Creighton NCAA Basketball Odds & TV Read More

Posted: Tuesday, January 26, 2021 8:42, EST
Important game in the Big East on Wednesday night as second-place and 17th-ranked Creighton visits third-place Seton Hall with both trying to catch Villanova atop the standings. The Pirates will be favored for this one on the NCAAB odds. How to Bet Creighton at Seton Hall NCAA Basketball Odds & TV Info When: Wednesday, 7 PM ET Where: Prudential Center, Read More

Posted: Tuesday, January 19, 2021 9:16, EST
As things stand now, Providence is definitely an NCAA Tournament bubble team and on the wrong side of it. The Friars look to boost their Big Dance resume with an upset at No. 8 Creighton on Wednesday. The Bluejays will be clear-cut favorites on the NCAAB odds. How to Bet Providence at Creighton NCAA Basketball Odds & TV Info When: Read More

Posted: Monday, December 14, 2020 9:02, EST
Both Marquette and Creighton are contenders for the Big East title this season and they meet on Monday night from Omaha in the conference opener for both. The Bluejays, defending Big East champs, are solid home favorites on the NCAAB odds. How to Bet Marquette at Creighton NCAA Basketball Odds & TV Info When: Monday, 9 PM ET Where: CHI Read More

Posted: Monday, December 7, 2020 4:09, EST
The Big East-Big 12 Battle continues in college basketball on Tuesday and the clear marquee matchup is No. 8 Creighton at No. 5 Kansas with an unusual 5 p.m. ET tipoff from Allen Fieldhouse and nationally televised. KU will be favored on the NCAAB odds. How to Bet Creighton at Kansas NCAA Basketball Odds & TV Info When: Tuesday, 5 Read More

Sports in the State of Nebraska