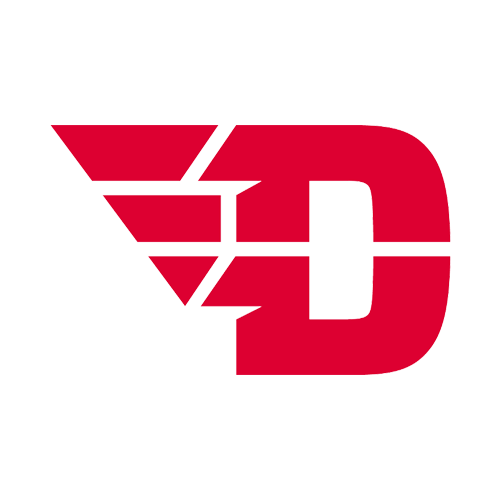 Every single year, usually without fail, we see a team come out of nowhere to make a deep run in the tournament. Those of us who submit a bracket end up being totally frustrated by these teams, but that frustration usually turns to happiness, as it’s always fun to see an underdog climb to the top of the mountain, or at least close to the peak. This has been one of the more wide open seasons in recent memory, which would lead you to believe that we will almost certainly see one of those smaller schools do their thing once March Madness gets underway. While the Dayton Flyers, who are the #3 ranked team in the nation, would not necessarily be seen as a huge surprise team given their standing, the fact that they have just one Final Four appearance in their history still makes them an unlikely National Champion. The Flyers will hit the road on Wednesday night to take on the Rhode Island Rams as they attempt to maintain their unbeaten conference record. Dayton will be on the road as a 4 ½ point favorite, with the point total for this one set at 146. Let’s see how the College Basketball odds will be for the Dayton vs Rhode Island.

Guess what day it is?!? #JoinTheFight pic.twitter.com/qRDZ4kuoiT

Why bet on the Dayton Flyers

It is more than a little surprising to see the Dayton Flyers sitting at the #3 spot in the nation right now, but you cannot say that they don’t belong there. The Flyers are 27-2 on the season, which is great as it is, but they are also a perfect 16-0 in Atlantic 10 Conference play, a record that has already secured them the regular season conference crown. There are some who will argue that they don’t really belong with the big boys at the top of the rankings, but they more than held their own earlier this season in a 90-84 loss to the #1 ranked Kansas Jayhawks. Interestingly enough, both their losses have come in neutral site games, with the Flyers going a perfect 8-0 in true road games. They have win 8 of their last 12 meetings with Rhode Island, but they are just 3-6 ATS in their last 9 overall.

Why bet on the Rhode Island Rams

It’s easy to look at what the Dayton Flyers have accomplished this season and immediately write off the Rams, but that would be doing this Rhode Island team a total disservice. They come into this game with an impressive 20-8 record on the season, which includes going 12-4 in conference play, a record that would be good enough to have them challenging for the regular season crown in other conferences. This is a team that has been very good in their own building this season, going 12-2 SU, although just 5-8-1 ATS in those games. The question here is whether the Rams can hang with the high-powered Flyers offense, but with 11 of their last 15 games against Dayton going OVER, we might well expect a shootout.

The Rhode Island Rams lost 81-67 to the Flyers in their earlier meeting this season, although that one was on the road. I like them to be more competitive here, but I still think that the Flyers win and cover the spread.

Posted: Wednesday, March 4, 2020 1:45, EST
Every single year, usually without fail, we see a team come out of nowhere to make a deep run in the tournament. Those of us who submit a bracket end up being totally frustrated by these teams, but that frustration usually turns to happiness, as it’s always fun to see an underdog climb to the top of the mountain, or Read More
0 comments

Posted: Friday, February 28, 2020 12:11, EST
The Davidson Wildcats will be looking to pull off the huge upset over the third-ranked Dayton Flyers when the two rivals square off in their A-10 conference clash on Friday night. With Dayton riding the wave of a phenomenal winning streak and Dayton looking to challenge for the conference crown, let’s find out which team is offering the best value Read More
0 comments

Posted: Tuesday, February 11, 2020 8:39, EST
Two Atlantic 10 teams on long winning streaks face off in a terrific matchup on Tuesday night as Rhode Island visits No. 6 Dayton. The Flyers, led by star Obi Toppin, are nearly double-digit favorites on the Mybookie NCAAB odds. Let’s see how the College Basketball betting odds will be for the Rhode Island vs Dayton. Rhode Island vs Dayton Read More
0 comments

Posted: Thursday, March 16, 2017 12:44, EDT
With so many games on the board, especially in the first round, during March Madness, it can be easy to overlook some of the lines that are up there. We have said before that it’s easy to look at the seeding of the teams involved and simply plop down your money on the higher seeded team. That’s a system that Read More
0 comments

How to Bet the Syracuse vs. Dayton March Madness Odds

Posted: Friday, March 18, 2016 11:52, EDT
No. 10 seed Syracuse has lost five of their last six games and probably shouldn’t even be in the NCAA Tournament. Nevertheless, the Orange will look to get past No. 7 Dayton when they square off in an intriguing first round Midwest Region pairing that gets underway on Friday in St. Louis. Now, let’s find out who’s going to bring home Read More
0 comments

Posted: Saturday, March 5, 2016 5:49, EST
On Saturday, the VCU Rams and Dayton Flyers will square off in an A-10 conference battle of two of the best ‘underrated’ ball clubs in the country. Better yet is the fact that you’re going to have a great chance to cash in with a potentially winning NCAA hoops odds wager thanks to the expert betting advice you’re about to Read More
0 comments

Posted: Monday, February 29, 2016 3:57, EST
No. 22 Dayton may be ranked inside the national Top 25, but the Flyers are struggling mightily as they get set to visit a Richmond team that just snapped their own uninspiring losing streak the last time out. Now, let’s find out if Dayton can get back on track to improve their seeding before March Madness begins or whether Richmond Read More
0 comments

Posted: Thursday, February 25, 2016 4:01, EST
The 22nd-ranked Dayton Flyers will look to record consecutive wins while improving their NCAA March Madness seeding position when they take on a struggling Rhode Island Rams team that simple doesn’t have much left to play for besides pride. From where I’m sitting, the Flyers look like absolute NCAAB betting locks to win and cash in depending on what the Read More
0 comments

Posted: Monday, February 22, 2016 3:50, EST
If you’re a college basketball betting enthusiast that is looking for a value-packed pairing, then look no further than at Tuesday night’s match up between the struggling 15th-ranked Dayton Flyers and lowly St. Louis Bilikens. Now, let me explain why this contest is offering a ton of value. How To Bet The No. 15 Dayton Flyers vs. St. Louis Bilikens Read More
0 comments