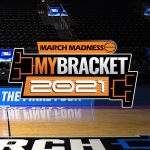 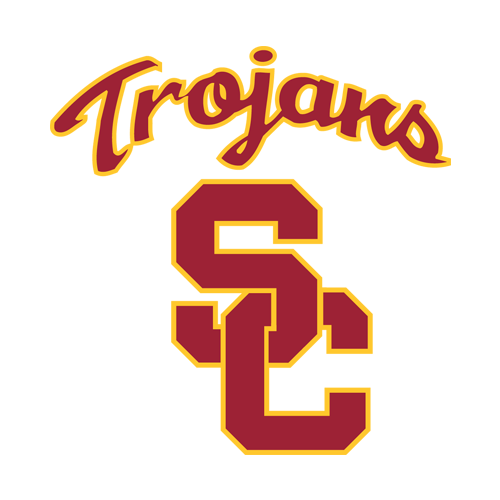 The West Region title of the 2021 NCAA Tournament and a trip to the Final Four is on the line Tuesday night when sixth-seeded USC takes on No. 1 and unbeaten Gonzaga in the Elite Eight with the Zags as nearly double-digit favorites on the NCAAB odds.

Southern Cal (25-7) has had three blowouts in this NCAA Tournament, spanking Pac-12 rival and No. 7 seed Oregon 82-68 on Sunday. Their combined margin of victory in three wins over Drake, Kansas and Oregon in the NCAA tournament? 64 points.

Isaiah White scored a season-high 22 points vs. the Ducks and USC shut down Oregon’s potent offense to reach the Elite Eight for the first time in 20 years. Oregon floundered after USC switched to zone early on, unable to find holes or get much of anything to drop over it until a late rally that came up short. The Pac-12’s best 3-point shooting team (38%) went 5 of 21 from the arc.

The Trojans made 59 percent of their 3-point attempts in that victory, and Isaiah Mobley and Evan Mobley combined to score 23 points against the Ducks. But it was Tahj Eaddy (20 points, 3-for-6 from the 3-point line) and White (4-for-5 from beyond the arc) who exploited the space Oregon offered in its attempt to stall the Mobleys.

Evan Mobley, who might be the No. 1 overall pick in the 2021 NBA Draft, had 10 points on 4-for-6 shooting and had eight rebounds, six assists and blocked two shots while altering several others. Mobley is the only Division I player to be averaging at least 16.5 points, 8.5 rebounds, 2.0 blocks and 2.0 assists.

“I do want to mention one thing here. Evan Mobley was our fourth-leading scorer tonight, but he had six assists,” Coach Andy Enfield said. “Against Kansas he was our fifth-leading scorer and he had five assists. So that just goes to show you how unselfish Evan Mobley is and what a great player he is. He takes what the defense gives. He has confidence in his teammates, and that goes throughout the whole team.”

The Pac-12 now has three teams in the Elite Eight for the second time, and first since 2001. USC’s 2001 team beat Kentucky to reach the Elite Eight. That is the only other Sweet 16 victory for the Trojans in the past 67 years.

The Trojans really know how to pounce on an opponent. On Dec. 1, they beat BYU by 26 points, a larger margin of victory than Gonzaga had in its three wins over the Cougars this season.

Gonzaga (29-0) has won every game this season but one by double digits and has not been challenged in the Big Dance yet. The Zags blew out No. 5 Creighton 83-65 in the Sweet 16. On the season’s biggest stage thus far, the top-seeded Zags’ trademarks were on full display: lethal transition game, paint domination and dazzling passing and cutting.

Florida transfer Andrew Nembhard had 17 points and eight assists, both season highs as the Zags extended their school-record winning streak to 33, the Division I record for consecutive double-digit wins to 26 and reached the Elite Eight for the fourth time in six years.

The Zags scored at will against Creighton, shooting a 76% on 2-point attempts. Defensively, the Zags held Creighton to 40 points over the final 30 minutes.

“There’s so many ways that they can beat you,” Creighton coach Greg McDermott said. “They’re elite scoring at the basket and at the rim. They had 50 points in the paint on us again, and that’s with us trying to take that part of their game away. I think it’s their balance. It’s one of the best passing teams I’ve seen, one through five, in that starting lineup in college basketball in a long time.”

Gonzaga’s 23 assists helped create those 50 paint points. So did the Zags’ 14-0 edge in fastbreak points. Gonzaga has outscored three tournament foes by 25.7 points, nearly a three-point increase over its first 26 victories.

Winning a national title with an undefeated record in the state of Indiana would be rather fitting for Gonzaga. The 1975-76 Hoosiers are the last team to complete a perfect season, and Gonzaga would be the first to do it since the field expanded to 64 teams in 1985.

Posted: Tuesday, March 30, 2021 5:45, EDT
The West Region title of the 2021 NCAA Tournament and a trip to the Final Four is on the line Tuesday night when sixth-seeded USC takes on No. 1 and unbeaten Gonzaga in the Elite Eight with the Zags as nearly double-digit favorites on the NCAAB odds. How to Bet USC vs. Gonzaga NCAA Basketball Odds & TV Info When: Read More

Posted: Friday, March 26, 2021 9:22, EDT
No conference has had more success in the 2021 NCAA Tournament than the Pac-12, and the league is guaranteed at least one school in the Elite Eight because No. 7 Oregon and No. 6 USC face off in West Region Sweet 16 action on Sunday with the Trojans as short favorites on the NCAAB odds. How to Bet Oregon vs. Read More

Posted: Monday, March 22, 2021 1:58, EDT
Third-seeded Kansas will get back one of its best players, redshirt freshman Jalen Wilson, from COVID protocols on Monday in the second round of the NCAA Tournament, but the Jayhawks are still slight underdogs on the NCAAB odds against No. 6 USC in West Region action. How to Bet USC vs. Kansas NCAA Basketball Odds & TV Info When: Monday, Read More

Posted: Tuesday, February 16, 2021 8:41, EST
The best team in the Pac-12 pretty appears to be 17th-ranked Southern Cal and the Trojans are battling their city rivals UCLA and perhaps Oregon for the regular-season league title. USC should have little trouble on Wednesday as a solid favorite on the NCAAB odds vs. Arizona State. How to Bet Arizona State at USC NCAA Basketball Odds & TV Read More

Posted: Thursday, December 3, 2020 9:21, EST
A few games involving ranked college basketball teams were canceled for Thursday night, so the marquee matchup is probably Connecticut against Southern California in the Legends Classic with both teams unbeaten. The Huskies are favored on the NCAAB odds. How to Bet Connecticut vs. USC NCAA Basketball Odds & TV Info When: Thursday, 7 PM ET Where: Mohegan Sun Arena, Read More

Posted: Thursday, February 27, 2020 6:40, EST
Very big game from the Pac-12 Conference on Thursday night between NCAA Tournament bubble teams as Arizona visits Southern Cal – both are also looking for a top-four finish in the conference regular-season standings. The Mybookie NCAAB odds will be determined around two Trojans who are in question due to illness/injury. Let’s see how the College Basketball odds will be Read More

Posted: Thursday, January 23, 2020 3:14, EST
Leading Pac 12 team USC battles top rival Oregon on Thursday, Jan. 23 at the Matthew Knight Arena in Eugene. USC has a ½ a game lead over the Ducks in the Pac 12 Standings. The Trojans are 4-1. The Ducks are 4-2. Can USC continue to lead Oregon? Or, will the Ducks take it to the Trojans and leapfrog Read More

Posted: Tuesday, March 12, 2019 1:17, EDT
Washington and Oregon are favored to win this year’s Pac 12 Championship. Are one of those two teams a lock? Or, will a team desperate to get into the NCAA Tournament take down the Huskies and Ducks and score the tournament trophy? Let’s take a closer look at the odds to win the 2019 PAC-12 Championship. Download Our Exclusive 2019 Read More

Posted: Saturday, February 13, 2016 7:37, EST
Do you love betting on long shots that offer a much higher return than their favored counterparts? Are you looking for some long shot college basketball teams that have the potential to pull off some upsets over the course of the coming March Madness national championship basketball tournament? Well, if you answered ‘Yes’ to either of the aforementioned queries, then Read More