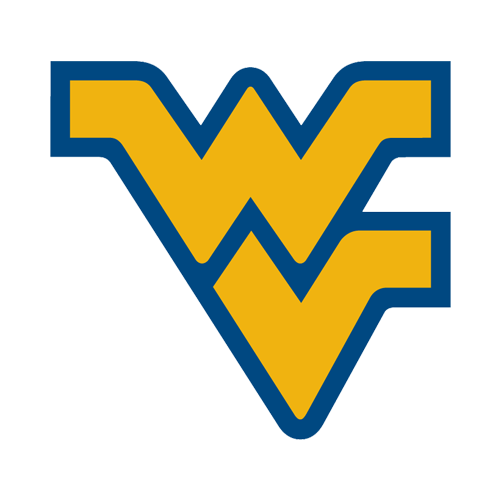 With time now starting to run out on the regular season in college basketball, the opportunity for teams to make their mark and get on a roll before the tournament is beginning to wane. This is especially true for teams on the bubble, as they now have very limited opportunities to prove that they belong with the very best teams in college basketball. There are a bunch of teams who already know that they will be playing in March when the tournament begins, but there is no way that any of them will be taking their foot off the gas over the next few weeks, as seeding is incredibly important. There is no such thing as an easy path to the National Championship, but a higher seed does mean a more favorable bracket. The Baylor Bears look set to be a #1 seed heading into March Madness, but there are a few teams looking to knock them off coming down the stretch. The Bears will be at home to the West Virginia Mountaineers on Saturday afternoon and will almost certainly be in as a favorite in the college basketball betting lines.

Why Bet on the West Virginia Mountaineers?

At a time when teams want to be getting stronger in preparation for the playoffs, the West Virginia Mountaineers find themselves heading in the wrong direction. They are on a run that has seen them lose back to back games and 3 of their last 5. They had already dropped down to #14 in the national rankings prior to this week and will almost certainly drop again if they lose this one. The fall may not be so bad this week given that their games have been against #3 Kansas and #1 Baylor. One of the biggest issues that the Mountaineers have here is that they are just 4-16 SU in their last 20 games on the road. Overall, though, they are 6-4 SU against the Bears in their last 10 meetings, but this Bears team is way better than what we have seen in recent years.

Why Bet on the Baylor Bears?

The Baylor Bears started out the season with a 1-1 record after losing their second game of the year against Washington. Since then, though, the Bears have been unstoppable, winning 21 games in a row and taking out 5 ranked teams during that run. The Bears are now 22-1 on the season and more than deserving of their current #1 seed. The Bears have been great all season, but they have been particularly good at home, winning all 11 games in their own building. While they are unbeaten there, it is worth noting that they are just 5-6 ATS in those 11 games. That said, they have gone a rather impressive 9-3 ARS in their last 12 outings and are up against a Mountaineers team that is reeling a little at the moment.

Both of these teams are known for their play on the defensive side of the court, so don’t expect to see a ton of offense go down here. I don’t see any way in which the Mountaineers take out a Baylor team yet to lose on home court.

Posted: Friday, February 14, 2020 12:32, EST
With time now starting to run out on the regular season in college basketball, the opportunity for teams to make their mark and get on a roll before the tournament is beginning to wane. This is especially true for teams on the bubble, as they now have very limited opportunities to prove that they belong with the very best teams Read More
0 comments

Posted: Wednesday, February 12, 2020 2:34, EST
The better teams in college basketball all appear to be on a level footing in the early part of the season, but as things progress and we get into conference play, that is when we begin to see some serious separation. It doesn’t matter what conference you are talking about, routinely taking out the teams that you see most often Read More
0 comments

Posted: Wednesday, February 5, 2020 9:46, EST
West Virginia Mountaineers has yet to lose at home this season and the No. 13 Iowa State Mountaineers aren’t expected to on Wednesday, either, as double-digit NCAAB betting favorites against Big 12 opponent Iowa State. How to Bet Iowa State at West Virginia NCAA Basketball Odds & TV Info. Ready to get back after it starting Wednesday at No. 12 Read More
0 comments

Posted: Wednesday, January 29, 2020 10:37, EST
It has been a struggle at times this season for defending national runner-up Texas Tech, and the Red Raiders wouldn’t be an NCAA Tournament team as things stand. They look to pull the upset of No. 12 West Virginia on Wednesday in Big 12 play with TTU as a slight college basketball odds favorites. How to Bet West Virginia vs Read More
0 comments

Posted: Friday, January 3, 2020 7:57, EST
The best college basketball matchup of Saturday has to be from the Big 12 as No. 16 West Virginia, off a big win over then-No. 2 Ohio State, takes on No. 3 Kansas. The Jayhawks will be home favorites on the Mybookie NCAAB odds for West Virginia vs Kansas because they are always favored at home. How to Bet West Read More
0 comments

Posted: Tuesday, March 19, 2019 10:44, EDT
Texas Tech had been on a roll until West Virginia upset them on the moneyline as a +13 dog in the Big 12 Tournament. The 3-seed in the West Region, Texas Tech hopes to get back to their dominant winning ways versus 14-seed Northern Kentucky on Friday, March 22. Will the Red Raiders not only win, but also cover the Read More
0 comments

Posted: Wednesday, March 21, 2018 9:56, EDT
Arguably no team has looked more impressive in this NCAA Tournament than East Region No. 1 seed Villanova of the Big East, and the Wildcats won’t be playing far from their Philly camps on Friday in the Sweet 16 against Big 12 school West Virginia. MyBookie oddsmakers expect Nova to advance to face the Texas Tech/Purdue winner. Here’s our March Read More
0 comments

Posted: Tuesday, March 20, 2018 4:20, EDT
With the 2018 March Madness producing some of the wildest results we’ve seen in quite some time, college basketball betting enthusiasts everywhere need to know what can be deemed as some ‘safe’ picks as we get set for the upcoming Sweet 16. Thankfully, I’ve got the bases covered with a trio of sweet, straight-up picks on three Sweet 16 matchups Read More
0 comments

Sports in the State of West Virginia