NBA News and Rumors
The start of a new NBA betting season is when hope springs eternal for every team, but that also comes with a healthy dose of realism. The Toronto Raptors bolted out of the gate last season, and were a solid offensive threat all season long, but they failed to impress come playoff time. They have done a little re-tooling in the offseason, and there is an air of cautious optimism up North. The Raptors will continue their campaign with a trip to Orlando on Friday.

There is certainly good reason for that optimism, as the Raptors (5-0) have come flying out of the gate to start the season. Especially pleasing is the way in which they are winning games. That potent offense, led by Dwayne DeRozan and his 22.2 points per game, is once again firing on all cylinders, but Toronto has also been very tight defensively. They are currently 6th in the NBA in both points scored and conceded, which will allow them to keep on winning for as long as those levels can be maintained. At the heart of that defense is Jonas Valanciunas, who is averaging over 10 rebounds per game to start the season. The early part of the season sees the Raptors hit the road on a pretty regular basis, so they have to be pleased at the way they have been getting the job done away from home so far. There is an awful long way to go in this season, but the Raptors may well be the team that is setting the bar in the Eastern Conference. 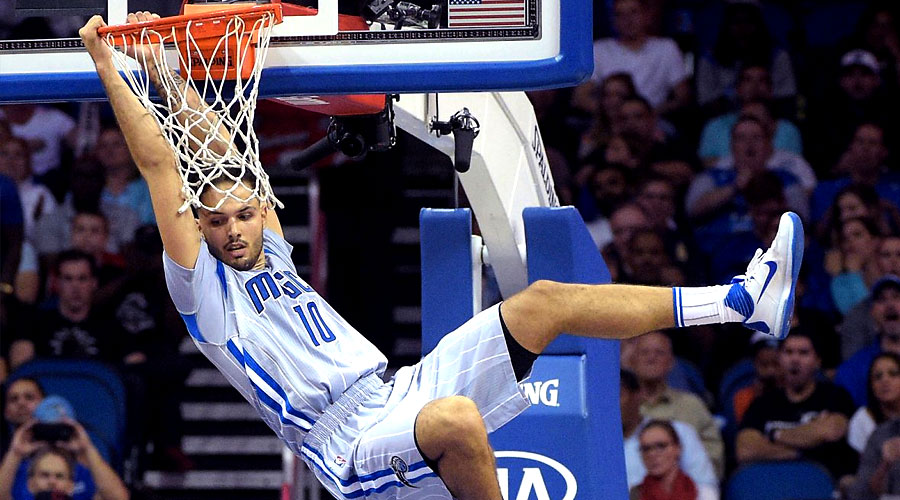 While the Orlando Magic are currently staring down the barrel of a 1-4 start, things may not be as bad as that record suggests. Orlando have been competitive in every game, and all of their losses have been by 5 points or less. The Magic have proven that they can score, as they are averaging over 105 points per game. Their biggest problem is stopping their opponents from getting on the board, as they have been giving up 106.4 PPG. They are well aware that staying close will not get them the wins they need, but they have to be taking heart from the fact that the teams they have been competitive against so far are all playoff caliber teams.

This is a series that the Raptors have dominated, beating the Magic 11 straight times over the past three seasons. The Magic have covered the spread in each of their 5 games this season, and their ability to hang tough might see them do it again. That said, Toronto is 4-1-1 ATS in their last 6 visits to Orlando. I like the Raptors by 10 in this one.
Older post
Newer post