NBA News and Rumors
Week 1 of the 2015-16 NBA regular season is down in the basketball betting sportsbooks, and it’s time for us to take a rearview at some of the key happenings of the week. There’s probably not much data from the 3-to-4 games played by most teams in Week 1, but as always, the tumultuous wild ride so far has brought with it tons of surprises and noteworthy pointers for the NBA odds. Here is a lowdown of the top flop performers in the season so far, including a tentative look at some of the things we can expect to unravel in our online NBA betting lines.

Final from New Orleans. #Pelicans fall to 0-4 on the season. pic.twitter.com/MwMbVlscuM

New Orleans Pelicans: Logged at the bottom of the Western Conference standings with a 0-4 record, a conference-worst -14.2 point differential and the second worst points allowed per game (115) in the West; the Saints have easily been the biggest disappointment of the season so far. I mean, this is the team that gave the Warriors a scare in the playoffs last season, yet are now getting left-right hooked by virtually any opponent. Playing Golden State twice within a span of four games somewhat excuses two of their losses (because the Warriors are in a whole other class now), but that doesn’t change the fact that Anthony Davis and Co. haven’t been performing well and need to pull up their socks.Milwaukee Bucks: Like the Rockets, the Bucks got their first win of the season in their fourth game of the season, but it would be far from the truth to say that the Bucks will be getting things in steady motion. Outside the Greek Freak, nobody is looking good in this team, a fact that is affirmed by Milwaukee’s blowout losses to the Knicks and Raptors. Added to the injury concerns of players like Jabari Parker, ensure that you are wary of your wagers on this team.Houston Rockets: After going all the way to last year’s Western Conference Finals, the expectation was that the Rockets would be rocking their way to another solid season, given that they retained the majority of their pieces. Four games into the season, the Rockets are looking utterly in disarray and have disappointed in all but the win game against OKC, when they recorded their first win of the season after going 0-3. With the West known for its no-nonsense competition, Houston needs to make major improvements real soon, or they could easily find themselves dealing with the same predicaments the downcast Lakers are dealing with now.

James Harden, Houston: Take away his season-high 37 points on 12-of-26 shooting in Monday’s 110-105 win over OKC, Harden was a minus-65 in three games last week, making just 9 percent of his 3-pointers and having a field goal percentage of .222 that looked more like a pitcher’s batting average. Whether he’s getting side-tracked by the Kardashian lady he’s dating, or just a poor training regimen, Harden needs to get back his game, or this season could turn out to be his worst with the already frail-looking Rockets team. 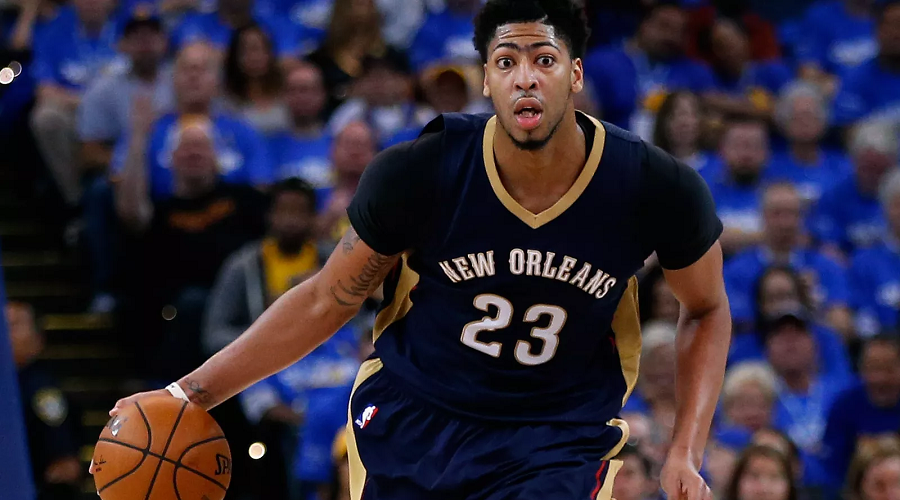 Anthony Davis: After taking major strides in his shooting game and overall on-field production on both ends of the field last season, Davis was a near-unanimous preseason pick to become the 2015-16 MVP with his improved New Orleans team. Enter the season opener, Davis horrendously went 4-of-20 shooting against the Warriors, followed by a couple other iffy games. His averages have climbed up to 20.8 PPG, 10.0 RPG and 3.0, which isn’t bad, but with without any wins for his team, those numbers won’t be getting him any praise or sympathy from us.J.R. Smith: Having followed and love Smith’s shooting game in his time in the NBA, it pains me to admit that this former sharpshooting ace has lost it. His threes are no longer swishing like they used to do, his bad defending skills are even worse, and his confidence looks guttered, sported with a .276 FG% shooting and a mediocre .143 three-point percentage shooting. Let us just hope his right leg injury rehab, which will keep him out for at least two games this week, will inject a new lease of life into his game. If not, keep away from him in your fantasy teams, like I am already doing.Other Noteworthy Top Player Flops: Kobe Bryant (LA Lakers), Tyler Zeller (Boston), Brook Lopez (Brooklyn).
Older post
Newer post