It’s easy to get tricked into believing that online roulette is a 50-50 game. After all, a lot of the bets seem to go that way. You can bet on red, or you can bet on black. You can bet on odd, or you can bet on even. There are higher-odds bets as well, such as choosing a single number, a row, a square of numbers and so on, but you might think of this as a chance at even money because of the two alternatives.

With roulette, the house edge boils down to those two green numbers, 00 and 0. Even if you’ve chosen the so-called even money bets (red or black), both colors lose if one of these two numbers comes up. If you’ve watched people play roulette in the movies, you know that some of the more dramatic moments in the game come when someone puts a lot of chips on one number. The more reliable providers of profit, though, are those two green numbers.

If you are looking for that slight edge in roulette, you’re not alone. One of the first big breaches in roulette happened in the 1870s, when a group of gamblers showed up at a hoity-toity casino in Monte Carlo.

Instead of betting at first, though, they simply wrote numbers down. These were the numbers from the casino’s roulette outcomes, recorded laboriously, hour after hour. After all of the observers returned to their hotel, it didn’t take their ring leader long to find a wheel with a distortion in its construction. He used the information to observe the pattern that the results took, and he was able to turn that pattern into win after win – almost $400,000. Even when the casino figured out what was going on and replaced the wheel, causing him now to start losing. He realized what had happened, though, and he left still well over $300,000 in the black. 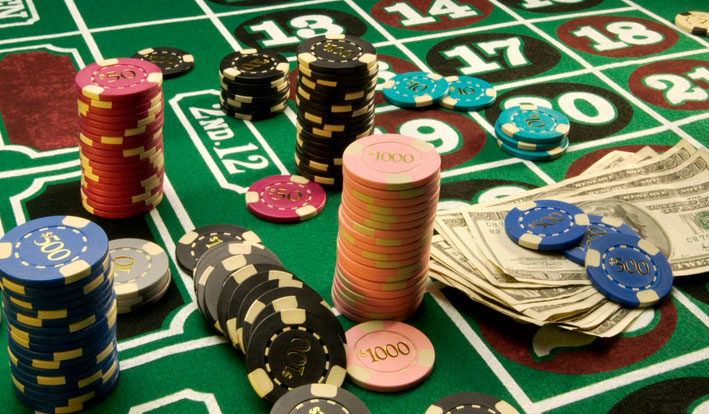 Wheels are made today with a more standardized process than they were made during the 19th century. However, it’s still possible to find an oddity in the way a wheel is put together. The little walls that separate the numbered compartments from one another can have different heights or be adjusted to different tensions. The channel that runs down to the numbers might develop an asymmetry that affects how the wheel rolls. However, you have to track hundreds and hundreds of outcomes to find this kind of bias. If the security staff at a casino notices you recording these (and they are quite vigilant), things can become unpleasant.

If you want a quick fix, you might think about looking at the screen that shows the last few results. If one number shows up multiple times in the last dozen or so, it might be worth throwing a chip down on that number, just to see if something in the system is pushing the ball that way. There could be a trend in the wheel, but you don’t know — but it could be worth a guess.

If strategy is more your thing, there are other games that are likely to be up your alley in the casino. Roulette, even with these ideas, is more about chance than skill. However, these ideas can make the game a little more interesting.