NFL News and Rumors
The Cleveland Browns will turn to young quarterback Johnny Manziel – again – in order to lead them to victory (and perhaps improve their betting odds), but I’m saying right now that there’s no way the Browns should be favored on the improved San Francisco 49ers coming into their Week 14 affair. Here’s why!

The Niners beat the Bears 26-20 in overtime last week to move to 2-2 under quarterback Blaine Gabbert and will look to make it two road wins in a row after losing their previous seven road dates prior to last week.Gabbert completed 18 of 32 passes for 196 yards and one touchdown while rushing six times for 75 yards and a highlight reel making 44-yard score that came with just 1:42 remaining in regulation.“It was set up by the throws we had underneath early in the game, all the runs we ran out of that formation,” he said. “I tried to (throw) it early with as much as air as possible, and let him find it when the ball is in the air. It worked out beautifully.”Wide receiver Torrey Smith added two catches for 76 yards and one score while veteran wideout Anquan Boldin had five catches to move just 11 receptions shy of becoming the 11th player in NFL history with 1,000 receptions. 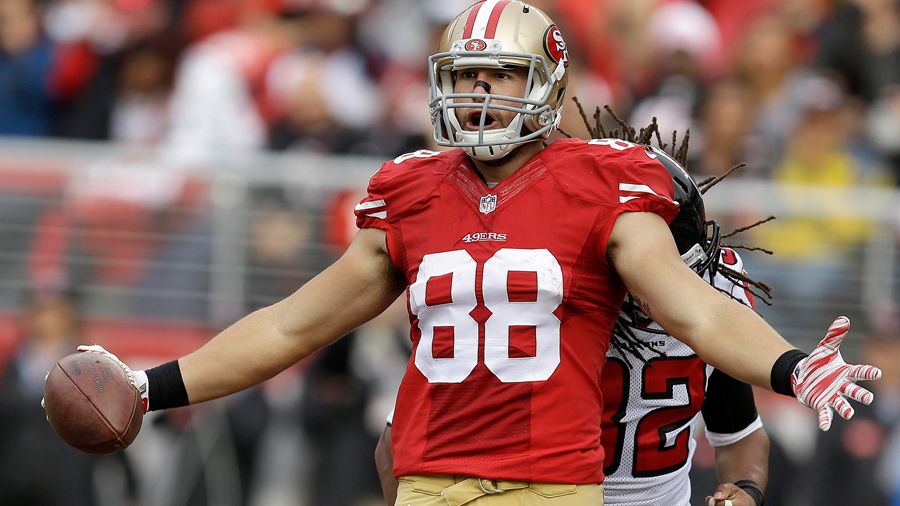 The Browns got all kinds of beat down in their humbling 37-3 loss to division rival Cincinnati last weekend while never coming close to covering the spread as a 3-point home dog. After watching second string quarterback Austin Davis throw for 230 yards with no touchdowns and one interception last weekend, the Browns are turning back to Manziel, their talented, but enigmatic second-year signal-caller.The former Texas A&M star was named the starter for the final four games after being benched for two contests when he was caught on video drinking during the team’s bye week.“I was forced to learn a hard lesson,” Manziel told reporters. “I had to learn the hard way and I’m lucky to be back in the position that I’m in and being the starter again, so I’m definitely not taking that lightly.”While the Browns have lost seven straight games, they’ve also unearthed a real gem in tight end Gary Barnidge. Cleveland signed the 30-year-old tight end to a three-year contract extension worth a reported $12 million.Barnidge leads Cleveland with 60 catches and seven touchdown grabs and ranks second with 817 receiving yards. Barnidge needs one more 100-yard receiving day to tie Milt Morin (1968) for the franchise single-season record for tight ends of four. Two more touchdown catches will help Barnidge tie Ozzie Newsome’s franchise record.

Would someone please tell me why the hell the dysfunctional Cleveland Browns are favored in this contest? Exactly! They shouldn’t be, even if Johnny Manziel is schedule to start this coming weekend.San Francisco has played a lot better since naming Blaine Gabbert as their starter a month ago and now has the look of a team that could be getting back on track as early as next season.The Niners have won two of their last four under Gabbert while losing only to elite Arizona and Seattle along the way, While the Niners got a fantastic win over Chicago on Sunday, thanks to Gabbert’s heroics, the Browns lost their seventh straight game and are simply playing out the string – when they’re not playing head games with Manziel.The 49ers are 4-1 ATS in their last five road games against a team with a losing home record while Cleveland has gone 4-10 ATS in their last 14 games following a double-digit home loss, a nearly winless 1-4 ATS in their last five home games and a dismal 0-6 ATS on their last six games overall.San Francisco gets the outright win behind another fine effort from Blaine Gabbert and 66 percent of the betting public agrees!