NFL News and Rumors
By the time most of you finish reading this article, I am probably going to have a new set of enemies because what I’m about to say beats the football betting public logic that the favored New England Patriots should be an easy NFL pick over the Denver Broncos, or that an OVER is the way to go in the total betting. Now, feel free to make whatever decision suits you, but before doing all that, do yourself a favor and inform your NFL odds with the brief analysis given below.

Like many of you, I fully agree that Peyton Manning is no longer the elite quarterback he used to be, which swings a lot of favor to Tom Brady and the Patriots. But then, Brady had an easy matchup against Denver’s backup QB Brock Osweiler, a game the Broncos closed as 2.5-point home puppies. When all was said and done, Osweiler and the Broncos won 30-24. Most of you are probably going to jump to the argument that WRs Danny Amendola and Julian Edelman missed that game, and Rob Gronkowski also didn’t finish it. But then again, the Broncos equally had their fair share of injuries, so that argument doesn’t hold much weight here.Fast forward to this week, the Pats are once again favored, this time as slightly bigger favorites, most probably because of the full fitness of Amendola, Edelman and Gronk. Granted, this is a New England team that had no running game in last meeting against the Broncos (16 attempts for 39 yards) and the same was true against the Chiefs last week (38 yards in 14 carries). And unlike the Chiefs who allowed Brady and his passing game tons of time and space, the Broncos have a fiercer pass rush unit that guaranteed to get to Brady frequently in the pocket and limit his receivers from moving around freely all over the field. 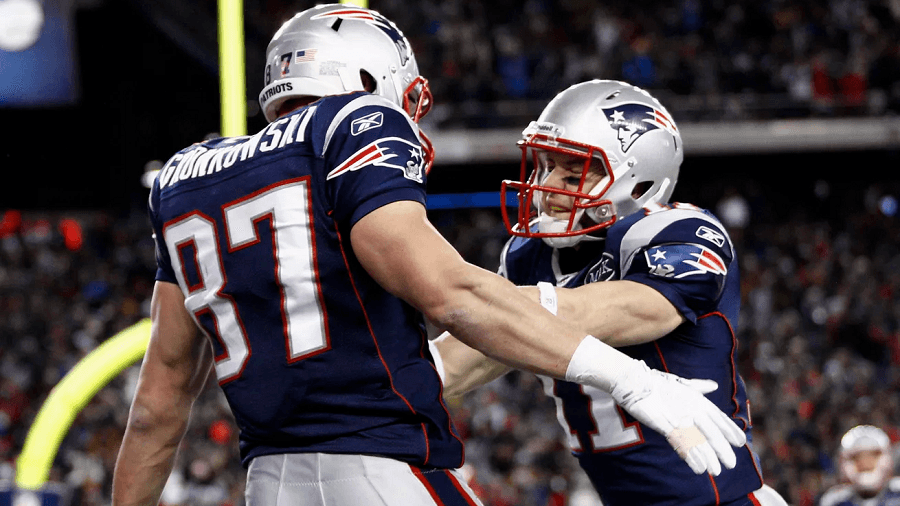 Not to mention, the Patriots are merely 3-3-1 ATS (1-3 ATS in last four) when Brady throws the ball more than 40 times. And considering the current lack of a running game in New England, Brady is highly likely to use more of his arms than trying to run the ball through the team’s anemic running game. If that happens, it will play perfectly into Denver’s hands, considering the Broncos are 3-1-2 ATS against opponents who have thrown the ball 39 or more times this season. Moreover, given that the modern-day NFL is pass-oriented game, the number threshold that could signal the winner of this matchup would be 6.23 yards per passing attempt this season. Interestingly, the Pats failed to surpass this number in three games this season, losing each of those games (0-3 SU and 0-3 ATS). Denver’s defense, meanwhile, held 11 of its opponents below that mark, going 10-1 SU (6-5 ATS) in the process.And if it so happens that the Patriots try to change strategy by running the ball, let’s just say that it won’t be easy once again as was the case in Week 12, given that Denver led the league in fewest yards per attempt allowed at 3.3. So, either way, the Patriot are doomed to fall into the well-designed trap set by Denver’s balanced defense.On top of all that defensive talk, the Broncos have an improved running game that has largely helped them to play better offensively. Through six of its first nine games this season, Denver was held below 2.8 yards per carry, Since then, running backs Ronnie Hillman, C.J. Anderson and Co. have impressively posted 3.3 or more yards on the ground in all but one game, averaging 131.6 YPG rushing.If Manning and/or Osweiler can also rise up to the occasion against the leaky Patriots defense that gave up 20 point to Kansas City’s middling passing game, the Broncos (+3) could be a worthy consideration in your NFL picks. After all, Brady and the Patriots have a long history of struggling at Mile High, going 2-6 SU in their last 8 games in Denver, including a 0-2 SU mark in the playoffs.

Latest stats from the NFL lines indicate that most bettors are wagering on the OVER (44) in the total lines. Two main reasons account for this. First, the Pats and Broncos combined for an OVER in their last meeting at Mile High (which ended 30-24). Second, the Patriots made light work of Kansas City’s defense to win 27-20 for another OVER total. Still, this is a Denver team that has been playing solid D, which has dragged down scores in most of their games, something that is affirmed by the fact that the total has gone UNDER in 4 of Denver’s last 6 games.And as far as game plans are concerned, the Broncos will probably want to run the ball vs. New England, looking to keep Brady on the sidelines and importantly controlling the clock, as they seek to unload the passing burden off Manning’s shoulders. This should help shorten the game and the scores as well. Meanwhile, Denver’s excellent D should continue to do what it does best—rigorously and repeatedly thwarting New England’s attack by frustrating Brady and his weapons.Then, of course, there is the big elephant in the room—the Broncos have just one touchdown in their last 27 playoff drives, which does not sound like Denver will be doing much of scoring, especially with Manning having gone three games (2 starts, 1 relief game) without throwing a touchdown pass. Added to the fact that this game will feature a pair of Top 10 scoring defenses (New England 19.7, Denver 18.5) and the potentially unfavorable weather in Denver on Sunday, I strongly feel that betting against the NFL public with an UNDER pick would be the best call.My Contrarian NFL Picks: Denver (+3), UNDER 44.
Older post
Newer post