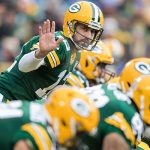 Believe it or not, we are just a couple of days away from getting our first look at the NFL this season. Sure, it’s the Hall of Fame Game and we will very likely not see any starters taking the field, but it’s just another sign that we are very close to the action starting for real. As we look forward to the new season, we can now begin to make better predictions as to how things might go down, not just for teams as a whole, but also for their individual units. As long as Patrick Mahomes is healthy and in his prime, which could be for the next decade-plus, the Kansas City Chiefs are going to be among the favorites to win the Super Bowl. Get used to it. Here’s a quick look at KC’s NFL odds for this season.

Of course, the Chiefs were favored most of last season to win the Super Bowl, too, and were dominated in a 31-9 loss to Tom Brady and the Bucs in Tampa. Patrick Mahomes was under siege all night and played one of his worst games as a pro with zero touchdown passes and two picks. Mahomes was pressured on 31 of his 56 dropbacks and his numbers under pressure were 9 of 26 for 78 yards and one of those two picks.

Mahomes was dealing with an injured foot suffered earlier in the playoffs and had offseason surgery but is fine now. Not sure he will play at all in the preseason, though.

Kansas City did overhaul its offensive line in the offseason. Not long after the Super Bowl loss, the Chiefs released offensive tackles Eric Fisher and Mitchell Schwartz, both of whom were not able to play in the big game. The Chiefs signed guard Joe Thuney in free agency and acquired former Pro Bowl offensive tackle from Baltimore via trade in April. Another guard, Laurent Duvernay-Tardif, will play this year after opting out of 2020. He’s a medical doctor who chose to help fight against COVID-19 back in his home country Canada.

The Chiefs selected Creed Humphrey with the No. 63 overall pick in the 2021 NFL Draft after an illustrious career at the University of Oklahoma in which the 6-foot-5, 320-pound center tallied 37 starts and earned multiple All-America nods. Overall, the Chiefs added a total of 10 new players (including returning opt-outs) to their offensive line room through free agency, the trade market and the draft.

Receiver Sammy Watkins left in free agency but the Chiefs have high hopes for Mecole Hardman opposite All-Pro Tyreek Hill. Hardman isn’t the only receiver the Chiefs have available to replace Watkins. But Hardman is first in a line that includes Demarcus Robinson and Byron Pringle, among others.

“Somebody’s got to fill in that spot, right?” Hardman said. “However the coaches go about giving those targets away is up to them. It’s up to us three to fill in that void the best way we can.”

Defensively, the team acquired CB Mike Hughes from the Vikings in mid-May. The former 2018 first-round draft pick out of the University of Central Florida is a player that Kansas City had shown heavy interest in ahead of the draft. Injuries plagued his career with the Vikings, causing him to appear in just 24 games in the past three seasons, but he’s healthy now.  Hughes has been working into the starting cornerback rotation at training camp. When the Chiefs have been in sub-packages with five or six defensive backs, he’s split repetitions with DeAndre Baker at the right cornerback spot.

Second-round rookie linebacker Nick Bolton has been making waves in camp. Bolton stepped in front of a short pass from Mahomes, and returned it the distance during a 7-on-7 drill on Monday. Bolton’s biggest strengths are in his ability to quickly diagnose a play and attack the line of scrimmage.

Kansas City is a 6-point home favorite Week 1 against a very good Cleveland Browns team in a playoff rematch. The Browns nearly upset the Chiefs in last season’s Divisional Round game.

The Chiefs seem to be on a mission for the Super Bowl this year. The Kansas GM, Brett Veach has a unique look into the NFL Draft and the players he signs on. He’s been in this position for nearly two years and has made some unmistakably bold moves that could very well lead his team to the Super Bowl in 2020.

Kansas has now acquired Frank Clark and Chris Jones, a smart move for the Chiefs. However, in order to find balance with the cost of Clark, Jones, and Mahomes, they must find value and players at a cost-controlled rate. This is a pivotal Draft for young Brett Veach, the real question is, can he and the Kansas City Chiefs continue to grow the depth in their team, which keeping it cost-efficient?

No. 6 Indianapolis eliminated by No. 1 Kansas City | 13 – 31 in Kansas City | MVP front runner Patrick Mahomes and the Chiefs end Indianapolis lucky run and head off to the NFC Championship game next week at Arrow Head Stadium for the first time ever.