Week in and week out, the NFL always delivers surprises. The parity at work in the league means that a team that has jumped out to a 4-0 start can falter to 4-2, and a team that is 1-6 can beat last year’s Super Bowl champion. The level of skill differential between the two teams on the field simply isn’t big enough to make each match up predictable. And so you might think you’ve figured out a particular team, when in reality the opposite of what you’ve predicted happens. This is why the game is so hard to handicap – and why managing the types of bets that you lay on NFL games is so important, which is what we’ll cover in today’s betting guide.

One of the most maddening things to see (for the fans as well as bettors) is when a team that is generally quite good fails to show up one week and plays a horrible game. The media jumps out with all sorts of queries. Perhaps it was just an off day, but perhaps the team isn’t quite as good as everyone had thought. Will this repeat? Or will the team get back on track? For the bettor, here are some questions to ask when figuring out whether a bad week is just a bad week or really a tailspin.

Is there a clear excuse for the bad showing?

When the Dallas Cowboys lost to the Washington Redskins during the 2014 campaign, quarterback Tony Romo went down with a back injury. Brandon Weeden came on as his replacement and led a touchdown drive. However, when the game went into overtime, Romo inserted himself back into the game, and the panicky emphasis on the pass, with an injured quarterback, is what led to the Cowboys’ overtime loss. Clearly, the coaching staff lost its nerve and thought that winning as soon as possible in overtime was crucial, rather than patiently handing the ball off to DeMarco Murray and letting the team move in a controlled fashion down into field goal range. The next week, the Cowboys lost to Arizona with Brandon Weeden at the helm, but the Cardinals’ vaunted defense really shouldn’t have made that loss a surprise. It wasn’t until the Chicago game, a week after Thanksgiving, when Romo had a full week of rest on his back, that the Cowboys returned to form and began their march into the postseason. Each loss led to a firestorm in the media, but the cause for each loss was fairly plain – and not a cause for concern over the course of the season. If the coaching staff hadn’t mismanaged overtime against the Redskins, having that extra win in hand would have meant that December was much less stressful for the team. 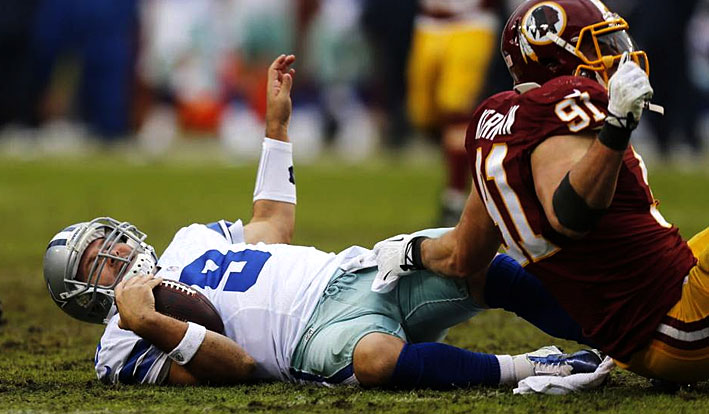 Will the problem recur?

With injuries, the problem can always happen again. The same ache or pain can flare up, and the affected joint or bone might pop out of place or break again. If the problem has to do with coaching choices, those are things that the staff will have to address in their meetings before each week. Fumbling, bumps and bruises and a pick or two too many can lead to a loss, but they aren’t chronic problems. Breakdowns in pass protection, missed assignments in the secondary and an inability to run on a usually mediocre defense, on the other hand, are all potential signs of trouble that could progress into the coming weeks, causing issues for the team.

This is why following the trends for a handful of teams from week ro week is so important for sports bettors. This provides the insights that are necessary for managing bets the right way.