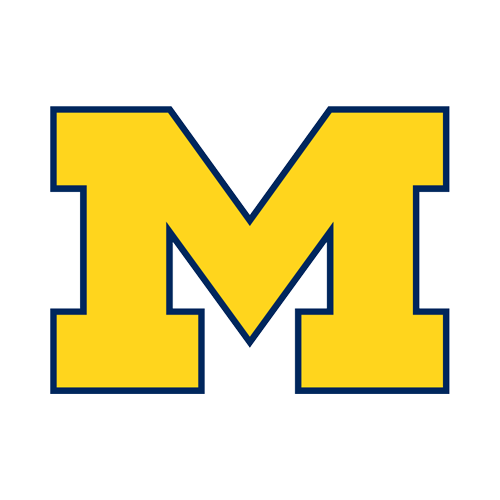 One of the biggest national surprises so far in college football is No. 10 Indiana, and the Hoosiers look to stay unbeaten and take sole possession of first in the Big Ten East Division with a win at Michigan State on Saturday.

In 2019, Indiana lost 40-31 at Michigan State when the Spartans were ranked No. 25 and Indiana was unranked. The Hoosiers are a lot better this year and the Spartans worse. Brian Lewerke threw two touchdown passes to Darrell Stewart, and those two connected again for a big gain on Michigan State’s final drive, which ended when Matt Coghlin made a tie-breaking 21-yard field goal with 5 seconds remaining. Coghlin’s kick gave Michigan State a 34-31 lead, but the Hoosiers tried to lateral their way down the field on their last offensive play and that resulted in a fumble the Spartans recovered for a touchdown.

The Old Brass Spittoon has been awarded to the IU-MSU victor since its inception in 1950. Saturday’s game marks the 67th meeting between Michigan State and Indiana. The Spartans lead the series against the Hoosiers, 48-16-2, including a 26-6-1 record in East Lansing.

Indiana (3-0) upset No. 23 Michigan 38-21 last Saturday in Bloomington. Michael Penix Jr. completed 30-of-50 passes for 342 yards and three touchdowns. Penix Jr. led Indiana on touchdown drives in all four quarters and the IU offense converted nine-of-18 third down situations and held the ball for a staggering 38:50. Penix’s 50 attempts were a career high. He has now tossed multiple touchdowns in consecutive games (6 in the last two weeks combined). He has had multiple-touchdown throws in five career games. Penix’s 342 passing yards were the second-most for a Hoosier passer against Michigan (Ben Chappell 480 yards on Oct. 2, 2010).

Senior wide receiver Ty Fryfogle turned in a career day with new personal-bests in receptions (7) and yards (142) to go along with his second touchdown in as many weeks. Fellow senior WR Whop Philyor had 11 catches for 79 yards. He Philyor moved in to seventh place on the Indiana career list with 147 catches. Stevie Scott III tallied 24 rushing attempts for 97 yards and a pair of scores. He now owns 24 rushing touchdowns (7th all time) and 26 total scores, eighth in program history.

The Hoosiers hit the 30-point threshold for the 12th time since the beginning of the 2019 season, the second-most such games in the Big Ten. Ohio State leads the conference with 15 30-point games. Indiana’s last win over Michigan came on Oct. 24, 1987, with the No. 14 Hoosiers beating the No. 20 Wolverines, 14-10. For the first time in program history, Indiana has defeated both Penn State and Michigan in the same season.

The Spartans (1-2) were clobbered 49-7 at Iowa last Saturday. It was the Spartans’ first trip to Iowa since 2013, and the loss snapped MSU’s three-game win streak in the series with Iowa.

Junior quarterback Rocky Lombardi, an Iowa native who was playing in his home state for the first time as a Spartan, was 17-of-37 passing for 227 yards, but was intercepted three times. Lombardi connected with redshirt-sophomore wide receiver Jalen Nailor for four receptions for 119 yards, for Nailor’s first career 100-yard reception outing. Nailor is already closing in on his career-high of 15 catches, currently sitting at 12. He’s been very explosive with those touches with 271 yards and a score. Sophomore wide receiver Tyler Hunt scored MSU’s lone TD of the day with a 1-yard rushing score in the third quarter.

Lombardi now has 30+ passing attempts in all three games this season and in all six career games started. He ranks tied for third in the Big Ten and tied for 17th in the FBS with 289.7 passing yards per game. Lombardi collected career highs in passing yards in each of his first two games in 2020 (319 vs. Rutgers; 323 vs. Michigan).

He has completed 58 percent of his passes (65-of-112) and ranks tied for fourth in the conference with six TD passes. Lombardi is 3-3 as the starting quarterback for the Spartans (2-1 as redshirt freshman in 2018 when starter Brian Lewerke was injured; 1-2 in 2020).

The Spartans have won eight consecutive games over Indiana in Spartan Stadium (last loss in 2001) and 10 of the last 11 games in the series overall.

Posted: Friday, November 13, 2020 9:02, EST
One of the biggest national surprises so far in college football is No. 10 Indiana, and the Hoosiers look to stay unbeaten and take sole possession of first in the Big Ten East Division with a win at Michigan State on Saturday. How to Bet Indiana at Michigan State NCAA Football Odds & TV Info When: Saturday, noon ET Where: Read More
0 comments

Posted: Thursday, November 12, 2020 8:45, EST
Wisconsin hasn’t played a football game since Oct. 23 due to a major COVID-19 outbreak on the team, but the 13th-ranked Badgers are set to return to the gridiron on Saturday against struggling Michigan, which is a fairly rare home underdog on the NCAAF odds. How to Bet Wisconsin at Michigan NCAA Football Odds & TV Info When: Saturday, 7:30 Read More
0 comments

Posted: Tuesday, December 31, 2019 8:13, EST
It’s two of college football’s blueblood programs facing off on New Year’s Day in the Citrus Bowl as No. 14 Michigan takes on No. 13 Alabama. Both head coaches certainly expected more from their teams this season. The Tide are touchdown favorites on the Mybookie NCAAF odds. How to Bet Michigan vs Alabama 2019 Citrus Bowl Odds & Game Info Read More
0 comments

Posted: Wednesday, November 27, 2019 9:43, EST
After receiving the top overall ranking this week, the Ohio State Buckeyes have even more motivation to beat 10th-ranked Michigan Wolverines than they normally would when their annual rivalry known as ‘The Game’ goes down live from Ann Arbor on Saturday. While the Buckeyes are primed to lock down one of the four berths in the annual College Football Playoff, Read More
0 comments

Posted: Thursday, November 21, 2019 4:27, EST
You begin to understand the level of pressure on certain teams when you see the public reaction to a loss or an overall season record. A perfect example can be seen in Alabama, where losing a game and potentially missing out on the playoffs is seen as a disappointing season. The same is true of Clemson, who are unbeaten yet Read More
0 comments

Posted: Wednesday, November 13, 2019 2:47, EST
We are at the stage of the college football season where the conference battles are really beginning to heat up. We are all focused on the playoff committee rankings, as we should be, but there are teams who are not going to be part of the top 4 who are still fighting it out to get into a conference championship Read More
0 comments

Posted: Wednesday, October 30, 2019 4:23, EDT
While 14th ranked Michigan might not have a shot to reach this year’s College Football Playoff, the Wolverines will be looking to boost their chances of winning the Big Ten title when they hit the road to take on a Maryland Terrapins team that is in the midst of some big-time struggles heading into Week 10. With Michigan looking for Read More
0 comments

Posted: Friday, October 25, 2019 8:21, EDT
Notre Dame vs Michigan is one of the better rivalries in college football but because of politics and money, basically, the rivals aren’t scheduled to play again after Saturday anytime soon. The No. 19 Wolverines are slight NCAA football betting favorites over the No. 8 Irish. How to Bet Notre Dame vs Michigan College Football Week 9 Odds & Game Read More
0 comments

Posted: Friday, October 18, 2019 8:00, EDT
For a team listed as one of the preseason favorites to win the National Championship, there is perhaps nothing worse than losing a game early in the season. While the loss may not end up being the one that kills the season entirely, it does mean that the team with the loss needs to be perfect the rest of the Read More
0 comments