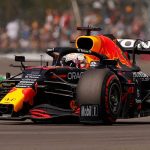 We are not yet at the midway point of the 2021 Formula 1 season, but there are already rumblings that we might be about to see a changing of the guard. The general consensus heading into the season was that Lewis Hamilton would put on another show and waltz off with his record breaking 8th world championship, and while he might still do that, he is going to need to come from behind to make it happen. We are not yet at the midway point of the 2021 Formula 1 season, but there are already rumblings that we might be about to see a changing of the guard. The general consensus heading into the season was that Lewis Hamilton would put on another show and waltz off with his record breaking 8th world championship, and while he might still do that, he is going to need to come from behind to make it happen. It has been Max Verstappen who has been the man to beat this season, as he is on a run at the moment where he is beginning to look totally unbeatable. That streak will come to an end at some point, though, and what better place for Hamilton to make his move than in his home country. Let’s take a look at the current Formula 1 odds for the British Grand Prix, which goes off on Sunday.

Given what we have seen over the past few years, it is a little odd to see someone other than Lewis Hamilton in as the favorite every single race. This, though, is a label that Verstappen has earned this season, as he has been nothing short of brilliant from the off. The thing that has to be worrisome for the chasing pack is that he appears to be getting better with each passing race. He is currently sitting on 182 points at the Formula 1 drivers standings, which gives him a 32-point lead over Hamilton. It’s a very nice lead, but with so many races still to come, nobody is declaring him champion just yet. Vertsappen already has 5 wins in the season and is on a run of 3 straight victories. He has only been off the podium once this season. In the 2 races in the UK last season, he finished 1st and 2nd, so his run may well continue.

During the offseason, there were some who predicted that this season would not go as expected for Hamilton, with many pointing to the drawn out contract discussion with Mercedes as a potential issue. It certainly didn’t look like a problem in the early going, though, as Hamilton won 3 of the first 4 races, finishing 2nd in the other, to take a clear lead at the top. In the 5 races since then, he has failed to pick up a win and has landed on the podium just twice. We have not seen a run of form like this from him in quite some time, so it’s tough to know how he is going to react to racing from behind. Hamilton also had a 1st and a 2nd in Britain last season, but you do feel that he needs a win here.

If you look at Hamilton this season, the question you have to ask is if his struggles are down to him or his car. When you see that his Mercedes teammate, Valtteri Bottas, is down in 5th in the standings, you get the idea that it might be the car. Bottas has finished 2nd in the overall standings in the last 2 years, so sitting in 5th is a bit of a drop off. He has, though, been showing signs of recovery and has landed on the podium in each of the last 2 races. Bottas has yet to win in Britain, so he might be considered a bit of a longshot here.