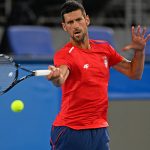 It is no secret that COVID-19 is starting to ramp up again. It’s as rampant as it has been in a long time, with the delta variant making waves and causing stoppages in baseball. Some USA basketball players have also been affected. With the US Open coming up soon, it might be playing a role again.This is a tournament where betting the field will not be the way to go.

The US Open is the Last Grand Slam tournament of the year, also called majors, Grand Slam tournament are the four most important annual tennis events. Not to be confused with the US Golf Open, they offer the most ranking points, prize money, public and media attention, the greatest strength and size of field, and greater number of "best of 5" sets for men.

The US Open runs late August/September from Flushing Meadows, New York, United States. Other Majors include the Australian Open, French Open and Wimbledon.

While the prospects for this year’s Men’s Singles event looks promising, it’s hard to ignore the previous Champions. For the better part of a decade, Rogers Federer and Novak Djokovic have been going head-to-head for the title of US Open Champion.

It is no secret that COVID-19 is starting to ramp up again. It’s as rampant as it has been in a long time, with the delta variant making waves and causing stoppages in baseball. Some USA basketball players have also been affected. With the US Open coming up soon, it might be playing a role again.

This is a tournament where betting the field will not be the way to go. Novak Djokovic has been on a total tear, winning every major in sight. He will be the popular choice yet again, and for a good reason. Before talking about Novak, let’s look at some other players who can take him out along with their US Open odds.

2021 US Open Breakdown and Predictions

In the past few years, Daniil Medvedev has transformed himself into an elite player. Few other guys can play their tails off against the best in the world and make them nervous. No player who faces Medvedev has a good chance of walking away smoothly. He never makes it easy and makes life hard.

If he wants to come up with a victory at the US Open, he will need to bring his A-game early on. And given that there is a chance that there won’t be a massive crowd on hand, he needs to find another way to feed off them.

Though he hasn’t been winning much lately, Rafael Nadal is always dangerous. One of the best players of all time, Rafa is trying to catch up to Djokovic in the wins column. He failed to get it done at Roland Garros, losing for just the third time in his career at that event earlier in the year.

But, it’s a new time and new chance for the Spaniard to get back on top of the world.

Despite a very early loss in his last major appearance, Dominic Thiem is one of the best in the world. All he has done is win and make it far. He got his early L out of the way and will recover in a big way.

An underdog of sorts to win in Flushing, he will have a good chance.

Of course, Djokovic is favored to win, to the surprise of nobody. All he does is tear it up and dominate. -125 to win it; he’s won everything this year. The end of 2020 belonged to him, and the first half of 2021 has been much the same.

As a matter of fact, since his disqualification at last year’s open, he hasn’t lost anywhere. His drive to be great is second to none in the sport, and it shows clear as day. If anybody wants to usurp him, it is likely to have all five sets. The wins come in groves, and the trophies continue to pile up for him.

Djokovic is a player nobody wants to see. Federer and Nadal have slowed up while he’s been winning everything. And if he wins this one, it will create further separation in the grand slam column. Watch out for the great Serbian.