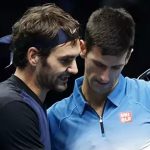 Two of the greatest tennis players in history resume their rivalry on Sunday, July 14. Novak Djokovic battles Roger Federer at the Wimbledon Men’s Final. Djokovic dispatched of Roberto Bautista Agut while Federer outlasted the other member of the Big 3, Rafael Nadal. Check out Wimbledon Men’s Finals odds, analysis, and a free pick for Federer-Djokovic!Federer vs Djokovic 2019 Wimbledon Men’s Finals Odds, Preview & PickThe latest instalment certainly lived up to its billing.

2020 Wimbledon from The Championships, Wimbledon

From the game’s legendary greats like John McEnroe and Pete Sampras to today’s more modern superstars like Roger Federer and Rafael Nadal, tennis fans, players and betting enthusiasts everywhere know there is nothing quite like lacing it up at the legendary All England Lawn Tennis and Croquet Club for the world’s oldest and most prestigious tournament there is – The Wimbledon Championships!

Whether you love betting on the game’s top favorites or you’re keeping an eye on the up-and-coming stars of tomorrow on both the ATP and WTA world tours, you can get all of your racket-betting action fulfilled at MyBookie!

Australian Open, French Open, Wimbledon and the US Open

Two of the greatest tennis players in history resume their rivalry on Sunday, July 14. Novak Djokovic battles Roger Federer at the Wimbledon Men’s Final. Djokovic dispatched of Roberto Bautista Agut while Federer outlasted the other member of the Big 3, Rafael Nadal. Check out Wimbledon Men’s Finals odds, analysis, and a free pick for Federer-Djokovic!

The latest instalment certainly lived up to its billing… #Wimbledonhttps://t.co/gxQzyDJFyp

Roger Federer is playing like the FedEx of old, mailing in victories like they’re nothing. Okay, it did take Federer 5 sets to dispatch of Rafael Nadal. But, he won the match. Before beating Nadal in the semifinals, Federer beat Kei Nishikori. Both of those tennis players are much tougher than who Novak Djokovic had to face.

More importantly? Federer is a master on grass. Unless Nadal wore him out on Friday, Roger should have enough to make this a competitive match. The longer it continues the better his chances. He might extend the match long enough to get the upset win over Novak Djokovic.

Why Novak Djokovic is a good bet -200

The world’s number one has played like it at the Wimbledon Championships. Djokovic lost the second set 4-6 to Roberto Bautista Agut in the semifinals. All he did was win the next couple of sets 6-3, 6-2. He dominated David Goffin in a 3 set victory in the quarterfinals.

Djokovic won Wimbledon last year. He hasn’t slowed down at all from last year to this year. Unless he just isn’t on his game, Djokovic should beat Roger Federer on Sunday.

Djokovic should be favored. He won Wimbledon last year and he’s owned Roger Federer in the last 5 head-to-head matchups. However, Djokovic showed versus Roberto Bautista Agut that he’s not unstoppable. Agut won an entire set against Djokovic in the semifinals.

Federer needed a tiebreaker set in the first to take it, but he won the set. Not only that, but Roger battled Rafa while Djokovic got to take on Agut. Going back to the semifinals, Federer took down Kei Nishikori, a more highly ranked tennis player than David Goffin.

Djokovic has pranced to the Wimbledon Finals while Federer has had to battle. The key question is whether those tough battles took too much out of 37-year-old Federer. They might have, but Roger’s playing so well, he has to be the pick here. Djokovic has never won back-to-back Wimbledon Championships. Federer could rediscover some of that old magic on Sunday and take the title and trophy.

Posted: Friday, July 12, 2019 9:26, EDT
Two of the best women tennis players on the planet throw down when active legend Serena Williams takes on Simona Halep in the 2019 Wimbledon Women’s Finals. The match takes place at the All England Club on Saturday, July 13. Will Serena rediscover her championship form? Or, will Halep win her second major of her career? Check out the 2019 Read More
0 comments

Posted: Thursday, July 11, 2019 10:27, EDT
Tennis’s Big 3 easily disposed of their rivals in the Wimbledon Men’s Quarterfinals on Wednesday. The Big 3 now march into the semifinals on Friday looking for a spot in this Sunday’s trophy match. In the first battle, Roberto Bautista-Agut looks to beat the seemingly unbeatable Novak Djokovic. In the second match, Roger Federer takes on rival Rafael Nadal. Who Read More
0 comments

Posted: Tuesday, July 9, 2019 10:05, EDT
The 2019 Wimbledon Men’s Quarterfinals takes place on Wednesday, July 10. Wouldn’t you know it? The top 3 seeds at Wimbledon, Novak Djokovic, Roger Federer, and Rafael Nadal, have all made it to the tournament’s elite eight. Will all 3 faves move on? Or, will an underdog shock one of the Big 3? Check out the Wimbledon Men’s Quarterfinals odds, Read More
0 comments

Posted: Monday, July 8, 2019 9:14, EDT
We are into the fourth round at Wimbledon, the third Grand Slam tennis event of the year and the only major championship played on grass. Here’s a look at Monday matches involving the two tournament favorites on the men’s side, top-seeded Novak Djokovic and No. 2 Roger Federer, along with the latest Wimbledon odds. 2019 Wimbledon Odds, Preview & Picks Read More
0 comments

Posted: Thursday, July 4, 2019 3:41, EDT
While Americans take a well-earned day off for Independence Day on July 4th, the action will continue unabated across the pond at Wimbledon. Thursday will see then end of the second-round games in the men’s tournament, with the players on the bottom half of the draw looking to win and advance. The top half of the draw has already had Read More
0 comments

Posted: Tuesday, July 2, 2019 4:59, EDT
You know it’s officially summer when the best tennis players in the world hit the grass court at Wimbledon. We are still in the very early stages of the major event, with the men in the bottom half of the draw playing their games as we speak. The second round of Wimbledon will begin on Wednesday, with a number of Read More
0 comments

Posted: Friday, June 28, 2019 11:17, EDT
The first round of the 2019 Wimbledon Championships starts on Monday, July 1. As to be expected, Novak Djokovic, Rafael Nadal, and Roger Federer will be huge favorites on the men’s side. On the women’s side, Ashleigh Barty, Serena Williams, and Karolina Pliskova will offer underlay odds to win their first round matchups. Let’s look for possible upsets and value Read More
0 comments