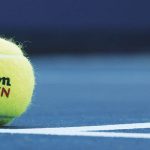 The 2021 Wimbledon is in the rear-view mirror and while there is still over a month separating us from the fourth and final tennis Grand Slam tournament, now is as good a time as any to start talking about the 2021 US Open.As any Grand Slam prior to Wimbledon, its results have heavily impacted the outright betting odds for the 2021 US Open. The Women's Tennis Association is the top-tier level of women's professional tennis which includes a series of international events like the WTA Premier tournaments, the Fed Cup, the year-end championships like the WTA Tour Championships and the WTA Elite Trophy plus the four Grand Slams.

The 2021 Wimbledon is in the rear-view mirror and while there is still over a month separating us from the fourth and final tennis Grand Slam tournament, now is as good a time as any to start talking about the 2021 US Open.

As any Grand Slam prior to Wimbledon, its results have heavily impacted the outright betting odds for the 2021 US Open. And while there aren’t many big surprises at the top of the list, there were still a few between the outsiders who will travel to USTA Billie Jean King National Tennis Center looking to upset the favorites.

Here is our ATP & WTA US Open Odds Update, where we look at which tennis players are billed as the most likely winners of the final tennis Grand Slam tournament and which have not shown enough for the bookmakers to view as a serious threat for the title. Let’s jump right into action so you can start planning your bets against their US Open odds.

Don Budge was the first player to win all four Grand Slam tournaments in a single year in 1938. Since him, there were 16 players who have done the same; however, only five in the singles titles.

On the men’s side of the competition, Rod Laver was the only player besides Budge to win four Grand Slams on the year (1962, 1969), but there was not a single player to repeat that success since him. That, however, could change in September.

After winning the 2021 Australian Open, the 2021 French Open, and now the 2021 Wimbledon Championship, Novak Djokovic is only one Grand Slam title away from forever etching his name in the history books.

With his win in Wimbledon, the Serb has earned the 20th Grand Slam title of his career. He has now tied with Roger Federer and Rafael Nadal as the most successful tennis player in the world and is only one title away from earning the prestigious title as the GOAT.

Djokovic’s success in 2021 was unmatched, and it’s more than fair to say that he has been the best player of the year. Knowing that should not surprise you to see Djokovic priced as the odds-on favorite (+100) to win the US Open.

He has won the US Open twice before in his career (2011, 2015, 2018), but not once in his last two attempts. Still, it will take a lot to upset the Serbian tennis superstar with the form he has been showing.

A Much More Competitive Field For the Ladies

While the men’s side of the competition is dominated by one name, the women’s field looks far more competitive. Naomi Osaka will travel to US Open as the odds-on favorite (+300), with Bianca Andreescu (+700), Ashleigh Barty (+800), and Serena Williams (+800) priced close behind on the US Open outright betting odds.

That isn’t too surprising considering there is not a single female tennis player that was as dominant as Djokovic. Interestingly enough, the main favorite (Osaka) struggled to perform in the French Open, which she left prematurely and hasn’t attended Wimbledon either.

Regardless, Osaka is the reigning US Open champion, having won the final Grand Slam of the year twice in the last three years (2018, 2020).

Last year’s finalist, Victoria Azarenka, is priced as high as +1200 to win in September, which isn’t too surprising. The Belarus tennis star wasn’t too successful over the years and hasn’t made it further than R4 at any of the three Grand Slams of 2021.

Since winning back-to-back Australian Open in 2012 and 2013, Azarenka added five quarter-finals appearances in 2014-2016. Since then, Azarenka’s best Grand Slam placement happened at last year’s US Open.

Bianca Andreescu, Ashleigh Barty, and Ashleigh Barty are three strong candidates to derail Osaka and prevent her from defending her title. Will either manage to achieve that feat, however, remains to be seen.