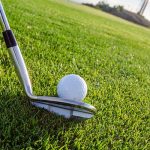 The PGA Tour should be heading to Canada for the Canadian Open; however, it had to be canceled due to the ongoing COVID-19 pandemic. Instead, the top golfers from the Tour will head to South Carolina for the Palmetto Championship at Congaree.The strong field is spearheaded by Brooks Koepka and Dustin Johnson as the main favorites to hoist the trophy at the Congaree Golf Club course. The PGA Tour should be heading to Canada for the Canadian Open; however, it had to be canceled due to the ongoing COVID-19 pandemic. Instead, the top golfers from the Tour will head to South Carolina for the Palmetto Championship at Congaree.

The strong field is spearheaded by Brooks Koepka and Dustin Johnson as the main favorites to hoist the trophy at the Congaree Golf Club course. Joining the two are Tyrell Hatton, Matt Fitzpatrick, Sungjae Im, and Tommy Fleetwood as potential candidates to steal the spotlight. Let’s take a closer look at the upcoming PGA Tour event so you can make your bets against their Golf odds.

The Palmetto Championship at Congaree gets underway on Wednesday, June 9, on the Congaree Golf Club course, designated by renowned Tom Fazio. Situated on an 18th-century estate, surrounded by over 2,000 acres of lakes and pine forests, it is recognized as one of the best golf courses in the world.

The course’s par 72 measures 7,200 yeards and is widely regarded as one of the best private courses in the world. Golf Digest named it the best new private course in 2018 and placed it in 39th place in Golf Digest’s 100 Greatest Golf Courses.

But enough about the course, and let’s instead focus on what you came here for – the 2021 Palmetto Championship at Congaree betting preview, where we take a look at big names you should look out for when placing a bet on PGA odds.

Brooks Koepka, a four-time Major champion, will return to the PGA Tour for the first time since his runner-up finish at PGA Championship at Kiawah Island.

Koepka has already won eight PGA Tour courses, including the 2021 Waste Management Phoenix Open in February. He has since placed T2 at EGC-Mexico Championship and the PGA Championship, sandwiched between two failed cuts at Masters and AT&T Byron Nelson.

In 12 starts in the 2020/21 season, Koepka put together four top-10 finishes, which is good for 14th place in the FedEx Cup standings. Although you could quickly point out failed cuts at two of his last three tournaments, Koepka has been at the time still recovering from knee surgery.

Dustin Johnson sits atop of world rankings; however, that doesn’t necessarily mean he is the best player heading to South Carolina. The 36-year-old has instead been struggling with his form of late.

Johnson finished sixth in the US Open, placed T2 at the Houston Open, and spectacularly won the Masters. However, since his victory in November, Johnson’s best placement came in the Tournament of Champions, where he finished 11th and eighth at the Genesis Invitational.

Johnson’s most recent success came at RBC Heritage, where he finished T13, but has since managed only T48 at the Valspar Championship and has missed the cut at the PGA Championship last month.

It seems like Johnson only managed to retain his spot at the top of the rankings because most other big names also struggled to impress. He’s still an elite golfer, but his recent form is anything but convincing.

Tyrell Hatton and Tommy Fleetwood Need to Bounce Back

Tyrell Hatton had a strong start of the year when he won the Abu Dhabi HSBC Golf Championship and added another strong finish at the Saudi International, where he placed T6.

He has since struggled to impress, finishing 18th at Augusta, and 38th at Kiawah Islands. Perhaps the most frustrating was his T38 at PGA Championship, where he failed to impress due to silly mistakes.

Tommy Fleetwood travels to the Congaree Golf Club course with a chip on his shoulder. He ended the 2020 season ranked 17th in the world but has now fallen out of the top-30.

That isn’t too shocking since he has not shown anything so far this year. Since his T10 finish at the Arnold Palmer, Fleetwood missed the cut at the Players, RBC Heritage, and the PGA Championship. His best placement during that stretch came during the Wells Fargo Championship, where he finished T14.

Out of the two, Hatton is a better betting pick on the e/w market. Despite his lack of titles, Hatton regularly makes the cut and is due to a strong finish. On the outright market, you can’t go wrong with Koepka, who has been in exceptional form and is arguably the strongest player in the field.