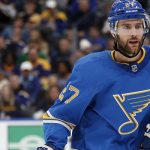 While the Tampa Bay Lightning’s Stanley Cup title win over the Dallas Stars is still fresh in everyone’s minds, NHL franchises, their fans and hockey betting buffs everywhere are already looking toward the upcoming 2020-21 regular season. With that said, and rumors running rampant across the NHL landscape, it’s time to find out which players could be on the move prior to the start of the upcoming campaign. 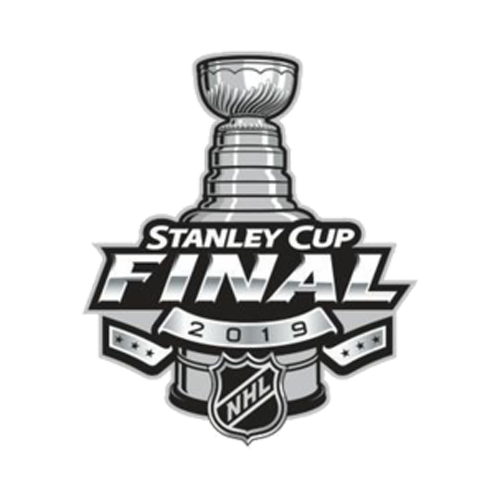 While the Tampa Bay Lightning’s Stanley Cup title win over the Dallas Stars is still fresh in everyone’s minds, NHL franchises, their fans and hockey betting buffs everywhere are already looking toward the upcoming 2020-21 regular season. With that said, and rumors running rampant across the NHL landscape, it’s time to find out which players could be on the move prior to the start of the upcoming campaign. Let’s get right to it so you can put your bets against their NHL odds.

While the start of the new season is being delayed until at least Jan. 1, 2021, now is a great time to find out which possible trades and free agent moves could potentially alter the NHL’s balance of power.

Could the reigning champs part ways with franchise cornerstone Steven Stamkos? If rumors are true that the Lightning have approached Stamkos about waiving his no-trade clause, it could happen. Lest anyone forget, Tampa Bay won it all, mostly without Stamkos so they could look to free up his $8.5 million deal.

“I think I definitely wanted to avoid arbitration. I think both sides had that in common and just about finding middle ground and wanting to find a fair deal for both sides and I feel like it moved pretty swiftly,” Grzelcyk said.

Bruins captain Zdeno Chara may not be back in 2020-21 after playing out a one-year deal last season.

Rolling the Dice in Vegas

$8.8 million per season that will make Pietrangelo the second highest paid Golden Knight behind only forward Mark Stone. Last season, Pietrangelo recorded 16 goals and 36 assists for 52 points for St. Louis while helping the Blues win it all in 2018-19.

Turning Over a New Leaf in Toronto

The Jets have been rumored to be set to move disgruntled superstar forward Patrik Laine, but it hasn’t happened yet. Laine isn’t happy with the way he was used this past season and rightfully so. The 22-year-old has 138 goals in 305 career games. Laine had scored at least 30 goals in each of his first three seasons until being limited to 28 last season. I think things could ugly in Winnipeg before the Jets have to eventually move Laine.

Rumors out of Chicago say the Blackhawks aren’t close to finalizing a deal with center Dylan Strome that would extend the restricted free agent on a new contract.

The Canadiens may not e-sign center Phillip Danault is his demands continue to be what Montreal’s front office considers to be too high.

Rumors out of the Big Apple say the Islanders are close to re-signing unrestricted free agents Andy Greene and Matt Martin after their fantastic run to the conference finals.

The Calgary Flames are looking to make a few more moves with just under $4 million in salary cap space remaining. Calgary made the biggest splash on the first day of free agency with a $36 million deal given to veteran net-minder Jacob Markstrom.

Flames general manager Brad Treliving spoke with the media and said, “We’re not done.” and added, “We don’t expect this is the team we’ll go to training camp with.”

Posted: Tuesday, October 20, 2020 10:17, EDT
Most of the top free agents have signed with new teams. That’s makes things ultra-interesting as we head into November. Check out a list of the teams that had improved their squads the most during the 2020 free agency period. We also add some thoughts about 2020 Cup contender that lost out on improving their squad. Let’s get right to Read More
0 comments

Posted: Tuesday, October 13, 2020 4:37, EDT
The National Hockey League starts their season in about seven weeks. That gives hockey teams a small window to sign free agents and get their teams ready to play. As we might expect, NHL teams were busy last week. Check out thoughts about some of the top free agent signings so far this offseason so you can prepare and get Read More
0 comments

Posted: Tuesday, October 6, 2020 3:23, EDT
The Tampa Bay Lightning may have won the 2020 NHL Stanley Cup Finals  just over a week ago, but when it comes to the NHL as it stands today, all eyes are already looking forward to next season. With free agency and the upcoming 2020 NHL draft quickly approaching, now is a perfect time to check out the latest National Read More
0 comments

Posted: Tuesday, September 29, 2020 6:42, EDT
Congrats to the Tampa Bay Lightning who capped off the 2019-20 NHL season by beating the Dallas Stars 4-2 to claim the 2020 Stanley Cup trophy on Monday night. While there will be a bunch of celebrating in Tampa over the course of the coming week, there’s a ton of NHL-related news and rumors going on across the NHL landscape Read More
0 comments

Posted: Tuesday, September 29, 2020 6:29, EDT
After a coronavirus pandemic pause, the NHL restarted their 2019-2020 season in August. This past Monday night, on Sep. 28, the Tampa Bay Lightning beat the Dallas Stars to win the Stanley Cup. Check out how the Lightning took the Cup, who won the top NHL awards, and the most important moment of what will go down as one of Read More
0 comments

Posted: Monday, September 28, 2020 2:16, EDT
Okay MyBookie NHL betting faithful, with Game 6 of the 2020 NHL Finals going down on Monday night, it’s time to find out whether the Tampa Bay Lightning or Dallas Stars are offering the best value in what could be the final game of the 2019-20 NHL season. Tampa Bay will look to finish off the Stars in what has Read More
0 comments

Posted: Tuesday, September 22, 2020 2:57, EDT
Although no fans are present for the NHL Stanley Cup, the play on the ice has been as intense as it is every season. Neither the Dallas Stars nor the Tampa Bay Lightning have let up in the first couple of games. Check out more in our National Hockey League update so you can put your bets against their NHL Read More
0 comments

Posted: Monday, September 21, 2020 1:30, EDT
Now, down 1-0 against the underdog Dallas Stars, the prohibitive favored Tampa Bay Lightning will look to even the 2020 NHL Stanley Cup Finals when Game 2 gets underway on Monday night. With both cubs going all-out for the win, let’s find out which team is offering the best betting value against their Stanley Cup odds. Stanley Cup Finals Game Read More
0 comments

Posted: Monday, September 14, 2020 6:07, EDT
With the 2020 NHL playoffs approaching its season-ending Stanley Cup finals and both, the New York Islanders and Vegas Golden Knights now, completely desperate to extend their respective conference finals matchups, it’s time to take a look at which two teams will end up competing for this season’s Stanley Cup trophy. Let’s get right to it so you can put Read More
0 comments

Posted: Monday, September 7, 2020 7:41, EDT
With the NHL playoffs now in the conference finals and just four teams remaining in the chase for the 2020 Stanley Cup Championship,  it’s time to find out which teams are looking like potential conference winners – and which team stands head and shoulders above all others. Let’s get started so you can start planning ahead your bets against their Read More
0 comments

Posted: Tuesday, September 1, 2020 1:39, EDT
Lots have happened in the National Hockey League. Last week was strange as like with most sports leagues, the NHL took a couple of days off. No worries. If Monday is any indication, the Stanley Cup Playoffs will continue to offer awesome hockey from now until the final match. Check out what happened last week in the National Hockey League Read More
0 comments

2020 NHL Betting – Highlights of the Playoffs

Posted: Monday, August 31, 2020 6:19, EDT
If you’re excited about the ongoing NHL playoffs as we move closer to each conference finals matchup and you want to know what likely lies ahead for each team still standing in the playoffs, then let’s get started with this look at what’s gone down so far and what the postseason future holds for each title hopeful so you can Read More
0 comments