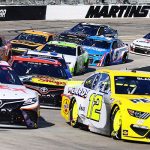 The battle for points in the NASCAR Cup Series is always fun to watch, but given the high-speed nature of the season, it’s always a good idea for the drivers to get a little break. Their idea of a break, though, is to race in an event that does not count towards playoff points. Yes, the All-Star Race is upon us and is set to go on Sunday at the Texas Motor Speedway. The battle for points in the NASCAR Cup Series is always fun to watch, but given the high-speed nature of the season, it’s always a good idea for the drivers to get a little break. Their idea of a break, though, is to race in an event that does not count towards playoff points. Yes, the All-Star Race is upon us and is set to go on Sunday at the Texas Motor Speedway. One interesting thing to note ahead of this race is that we have had 8 different winners over the last 8 years, so does that mean that Chase Elliott is automatically excluded after winning it in 2020? Let’s take a look at some of the favorites, along with their NASCAR odds.

2020 was a year that Kyle Larson would sooner forget after spending the majority of it serving a suspension. He has come back on fire this season and will head into the All-Star Race in pole position. While that is certainly no guarantee of a win, it does put him in a position to repeat his victory from 2019. Larson has never really been at his best in Texas, though, cracking the top 10 just 4 times in 13 attempts. If you are looking at current form, then there is a very good reason why the bookies have him in as the favorite.

The All-Star Race in 2020 is when Elliott gave us all a sign that he just might be in the hunt to win it all, which he eventually did. As we mentioned earlier, no-one has won this race back to back since Jimmie Johnson won his second consecutive in 2008. Those are the types of trends that bettors tend to pay attention to, but they also all know that the unexpected can happen. Elliott started out life in NASCAR with 4-straight top 10 finishes at Texas, but he has not been great there as of late.

After winning the Cup Series in 2019, many believed that Busch was about to dominate for a while, but he had a disappointing 8th place finish last year and is not performing that much better this time around. He does have 1 win this season, but that is still pretty far removed from what we have come to expect. Busch did win this race back in 2017, and given that much of the pressure is off in the All-Star Race, it would not be surprising to see the always competitive Busch take a real run at it. He has 4 career wins at Texas, including one in October last year.

While winning the All-Star Race does not have the prestige of winning a driver’s championship, you can bet that every driver taking part still wants that win on their resume. Truex Jr. has never won this race, but given the form that he is in this season, you would be well within your rights to think that he is a very good bet this year. He already has 3 wins this season, but one thing that might put you off this weekend is that he has never been able to win at Texas over 31 races there.