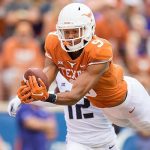 In terms of our parlay picks, we have been having some real success in the early part of the college football season, hitting in 5 of our 9 tickets to this point. Keeping that level of success going is always tough, but we are going to do our very best to continue delivering some solid picks for you guys. There is no more storied rivalry in college football Army vs. Navy and the rivals usually play in Philadelphia every season, but this year’s game was moved to Army’s on-campus location at West Point due to COVID-19. The game was moved due to attendance limits in the state of Pennsylvania that won’t allow the Brigade of Midshipmen and the Corps of Cadets to attend the game. Army is a TD favorite on the NCAAF odds and both will be wearing spectacular uniforms.

In 2019, Army lost to Navy 31-7 in Philadelphia. Navy’s Malcolm Perry (now gone) became the fourth quarterback in FBS history to rush for 300 yards, running for 304 yards with two touchdowns, and set a slew of program records. The Midshipmen had exactly one yard passing. Army only had 25.

Navy snapped a three-game losing streak in the series. The Black Knights were trying to win four straight games in the Army-Navy series for the first time since 1993 to 1996.

Navy (3-6) comes off a 19-6 loss to Tulsa last Saturday, the Middies’ fourth straight defeat. Navy freshman QB Xavier Arline completed 4-of-8 passes for 29 yards and rushed 27 times for 60 yards in his first career start. Arline’s 60 rushing yards were the most by a Navy quarterback all season.

The Midshipmen produced only 153 yards in offense and lost their home finale for the first time since 2002. The score was tied at 6 late in the third quarter before Tulsa QB Zach Smith lofted a long pass between four Navy defenders into the waiting arms of Josh Johnson, who outdistanced his pursuers in a 40-yard sprint to the end zone.

Airline is likely to start Saturday and will be just the fifth freshman to start at quarterback for Navy in the annual Army-Navy game. The Mids went 3-1 in the previous four games with Keenan Reynolds leading Navy to a win in 2012 (17-13), Jim Kubiak in 1991 (24-3) and Mike Roban in 1974 (19-0). The only time Navy has lost to Army when starting a freshman quarterback was in 1987 (17-3) when Alton Grizzard got the start.

Navy is 42-28 (.600) in the Ken Niumatalolo era (2008-present) in one-score games (8 points or less), including 3-1 (.750) in 2020. Senior defensive end Jackson Perkins is the only player on Navy’s defensive unit to start all 9 games this fall. The Mids have started 4 different nose guards and 3 different quarterbacks. Sophomore linebacker Tama Tuitele is the nation’s leader in forced fumbles with 4.

If Navy defeats Army and Army beats Air Force the following week, the Mids will retain the Commander-In-Chief’s Trophy. The three schools have not gone 1-1 against each other since 1993 when Air Force retained the trophy.

Army (7-2) does have a game vs. Air Force remaining after this – normally, Army-Navy is the finale. The Black Knights haven’t played since way back on Nov. 21, a 28-27 win over Georgia Southern. The Cadets had two blocked kicks (1 punt, 1 PAT) on the day. They lead the nation with seven (3 punt, 2 FGA, 2 PAT) on the season.

It was the first time in over 16 years that Army overcame a 14-point deficit to win a game. The last time was on Oct. 16, 2004, at USF, which Army won 42-35. QB Tyhier Tyler became the fourth player to earn a start at quarterback for the Black Knights this season, marking the first time in program history that the Cadets have had four different starters at QB in a season. So far on the season the Black Knights have had 24 first-time starters, the most in the nation.

The last time an Army game was decided by one-point in normal regulation was the 2017 Army-Navy game, which Army won 14-13. The Cadets topped Miami (Oh) 31-30 in 2018, but the game was decided in double overtime.

Senior linebacker Jon Rhattigan was named a semifinalist for the Chuck Bednarik Award, which has been presented annually to the nation’s top defensive player since 1995. Rhattigan leads the Black Knights with 67 tackles (21 solo) and 8.0 tackles for a loss. He is also tied for the team lead for interceptions with two, one of which he returned for a touchdown and the other he returned for 50 yards.

Posted: Friday, December 11, 2020 9:01, EST
There is no more storied rivalry in college football Army vs. Navy and the rivals usually play in Philadelphia every season, but this year’s game was moved to Army’s on-campus location at West Point due to COVID-19. The game was moved due to attendance limits in the state of Pennsylvania that won’t allow the Brigade of Midshipmen and the Corps Read More

Posted: Monday, December 30, 2019 3:00, EST
There are some fans and bettors who steer clear of bowl season, deeming it to be a bit of a waste of time, but there are plenty more who embrace the cool matchups that this part of the season delivers. There is certainly something fun about seeing unfamiliar teams go head to head, not to mention being able to get Read More

Posted: Thursday, November 28, 2019 2:37, EST
No matter which sport you are talking about, when you talk about individual teams, the conversation usually turns to the identity of those teams. There are some who are known for playing hard-hitting defense, while others are all about throwing the ball all over the field and playing a very open style of football. There are different categories within there, Read More

Posted: Friday, November 22, 2019 9:50, EST
Most important game in the American Athletic Conference on Saturday is when No. 25 SMU visits Navy. The winner still has a chance to play in the conference title game and maybe a New Year’s Six bowl. The Middies are short NCAAF betting favorites at Mybookie. SMU vs Navy College Football Week 13 Spread & Game Info When: Saturday, 3:30 Read More

Posted: Thursday, November 14, 2019 11:15, EST
In what’s become one of the more interesting rivalry games of the season, Navy takes on Notre Dame this Saturday. Notre Dame bounced back from 3 straight cover losses with a dominant win over Duke in Week 11. Will the Fighting Irish turn their victory SU and ATS into a streak? See below for NCAAF odds, analysis, and a free Read More

Posted: Friday, December 7, 2018 2:29, EST
The Army Black Knights and Navy Midshipmen will both look to close out their respective regular season campaigns with a victory when they square off in their huge, annual regular season-ending matchup at Lincoln Financial Field in Philadelphia on Saturday. Can Army reach the double-digit win mark by taking down Navy or will the Midshipmen get the huge upset to Read More

Posted: Thursday, November 8, 2018 10:23, EST
Navy heads to Orlando to try and do something no UCF opponent has done in 21 straight games, beat the Knights straight up. The chances of that happening aren’t great. But, can Navy play well enough for the cover win as a massive road underdog? Navy vs UCF 2018 NCAA Football Week 11 Lines & Analysis Got waves? 🌊🌊 #NavyFB Read More

Posted: Friday, October 26, 2018 3:32, EDT
We are reaching the point of the college football season where the teams sitting at or near the top of the national rankings can start to see the playoff finish line on the horizon. This is when the best teams buckle down and get the job done, and where the pretenders trip up and fall off the pace, much like Read More

Sports in the State of Washington D.C.