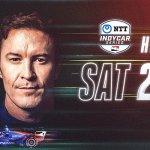 We are getting down to the wire in IndyCar, with just 3 races left on the season. There are only 2 weekends left, though, as we will have another doubleheader going this weekend at the Indianapolis Motor Speedway. Race 1 of the IndyCar Harvest GP will go on Friday night, with the second race of the doubleheader scheduled for Saturday. 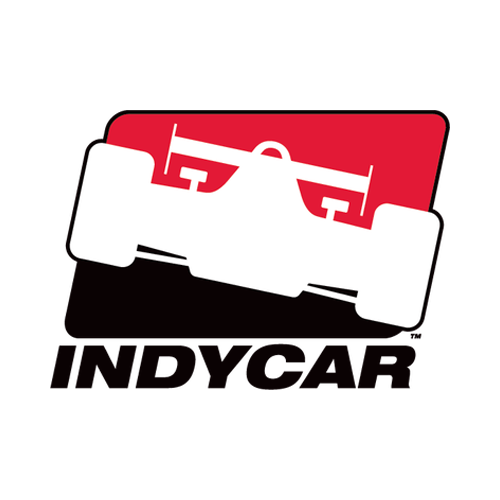 We are getting down to the wire in IndyCar, with just 3 races left on the season. There are only 2 weekends left, though, as we will have another doubleheader going this weekend at the Indianapolis Motor Speedway. Race 1 of the IndyCar Harvest GP will go on Friday night, with the second race of the doubleheader scheduled for Saturday. While it is still mathematically possible for another driver to finish strong and win the IndyCar Championship, the reality is that it is Scott Dixon’s title to lose at this point. He could potentially clinch this weekend, but regardless, he looks to be in prime position for his sixth title. Let’s take a closer look at the current top 4 drivers in the standings and how they might do this weekend so you can bet on their IndyCar odds.

With just 3 races left on the season, Scott Dixon has what looks to be an unassailable 72-point lead. Winning one of the two races this weekend might well prove to be enough to lock up the championship, which is of course dependent upon how Josef Newgarden does in the two races. Dixon signaled his intent early by winning the opening 3 races of the season, and while he has only won once since then, he has consistently raced in the top 10, picking up valuable points to open up his lead. In the earlier races at the Indianapolis Motor Speedway this season, Dixon won, so he has to be among the favorites this weekend.

Newgarden has won the driver championship in 2 of the last 3 seasons, but it is beginning to look as though he is going to come up a little short in 2020. Newgarden has a pair of wins on the season and looks likely to finish in second behind Dixon, but he may well lose some ground this weekend, as the Indianapolis Motor Speedway has not been kind to him over the years. He finished 7th there earlier this season, which was in fact his best career finish at that track.

The Mexican driver still has a shot at sneaking into second ahead of Newgarden, but he would need a solid showing in each of the last 3 races, while also hoping that Newgarden tanks the final races. Regardless of how it all plays out, this season is still a major breakout one for O’Ward. This is his first full season on the IndyCar circuit, so cracking the top 3 would be a very solid achievement indeed. He has yet to pick up his first career win, so it might be asking a lot to wager on him to win this weekend.

Herta, like O’Ward, is another driver that appears to have a big future in IndyCar. He ended last season with a victory in the final weekend, which was good enough to get him up to 7th in the standings. After winning last weekend, he has a real shot to finish the season strong and land in the top 5. Any time you improve upon what you did the previous year, you are doing something right. Herta finished 4th in the earlier race at IMS this season.

Posted: Friday, September 11, 2020 2:49, EDT
Each individual sport has taken their own approach to returning to action in the midst of a global pandemic. In most cases, fans are still absent, but other than that, things are different wherever you look. Some sports played in a bubble, while others traveled in a shortened season. In IndyCar, they have tried to make this season as normal Read More
0 comments

Posted: Friday, August 28, 2020 5:14, EDT
There are only 4 races left on the season, and just 3 race weekends on the calendar, as there will be a couple of races going this weekend. The Bommarito Automotive Group Race 1 will go on Saturday, while Race 2 will be on Sunday. What that means is that there is very little time to make an impact on Read More
0 comments

Posted: Friday, August 21, 2020 6:01, EDT
In the world of sports, there are some events that are truly iconic, and which draw viewers who might only have a passing interest in a specific sport. We are talking about things like the Super Bowl, World Cup Final, the Kentucky Derby, and the Indianapolis 500. There is something about these great sporting events that draw in fans and Read More
0 comments

Posted: Friday, July 17, 2020 1:21, EDT
There are a couple of different ways to go when sports decide to return to action. Some such as the MLB, choose to go with a shorter season, while others try to cram in as many events as possible in a short space of time. In the world of IndyCar, it is the latter method that has been adopted, with Read More
0 comments

Posted: Thursday, July 9, 2020 4:42, EDT
Like the rest of the sporting world, IndyCar is trying to play catchup to get their season back on track. They will make that happen this weekend in Wisconsin when they have not just one, but two races set to go. The Rev Group Grand Prix will be a doubleheader, with the first of the 2 races set to go Read More
0 comments

Posted: Wednesday, June 3, 2020 3:40, EDT
For the sports leagues and organizations that were disrupted at the start of the pandemic, getting back to business can be a little complicated. Part of the problem is trying to find a way to either finish a season that was close to ending, or to put one together from scratch. IndyCar fall into that latter category, as their season Read More
0 comments

Posted: Friday, September 27, 2019 1:27, EDT
The 2019 IndyCar Series officially ended on Sunday, Sep. 22. Colton Herta took the checkered flag at the Grand Prix at Laguna Seca. Herta’s victory helped to propel Josef Newgarden to the IndyCar Series Championship. From a betting perspective, Newgarden was just an okay driver to back during the IndyCar Season. Check out a IndyCar betting recap of this year’s Read More
0 comments