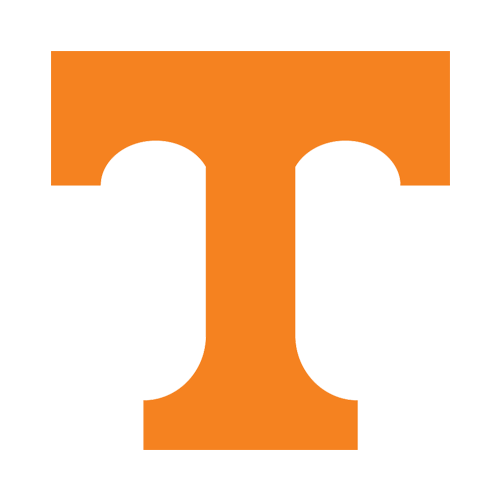 Posted: Thursday, December 17, 2020 10:23, EST
Could No. 5 Texas A&M sneak its way into the College Football Playoff field, which will be announced Sunday? The Aggies need a huge win at Tennessee on Saturday and some help. They are solid favorites on the NCAAF odds.

These teams don’t play that often being in separate SEC divisions and with A&M still a fairly new member of the conference. They last did in 2016 in College State with Texas A&M winning 45-38. The Vols lead all-time 2-1 and this is the Aggies’ first-ever trip to Knoxville – the two Tennessee wins in the series were both in bowl games.

If Ohio State or Clemson lose this weekend, Texas A&M (7-1) has a good shot of slipping into the College Football Playoff. The Aggies last took the field on Dec. 5 at Auburn and won 31-20.Kellen Mond passed for two touchdowns and ran for a third and A&M scored 17 points in the fourth quarter to rally for their sixth straight victory. Mond rebounded from his worst game of the season with a strong performance. He completed 18 of 23 for 196 yards, highlighted by two TDs to Jalen Wydermyer, and ran for 60 yards.Seth Small iced the game with a 32-yard field goal with just over a minute remaining after an earlier miss had helped Auburn remain within a score. Isaiah Spiller had his fifth 100-yard game of the current winning streak, gaining 120 on 20 carries. Devon Achane also ran for 99 yards on just nine carries. Wydermyer caught eight passes for 89 yardsA&M finished the victory at Auburn with a season-high 313 rushing yards, the most since tallying 319 in the win over South Carolina last season. Mond became just the third quarterback in SEC history to pass for over 9,000 yards and rush for 1,500 more yards in their career, joining Mississippi State’s Dak Prescott and Florida’s Tim Tebow.  Mond also joined the elite club of Prescott, Tebow and Johnny Manziel as the only SEC quarterbacks to pass for 60 touchdowns and rush for 20 more in their careers.Mond is currently four touchdowns away from being responsible for the most TDs in school history. He enters the week with 90 touchdowns (70 pass, 20 rush) and aims to dethrone Johnny mark of 93 (63 pass, 30 rush).Wydermyer’s 10-yard touchdown grab was his 12th career TD catch, the most in program history by an Aggie tight end. He broke a three-way tie with Jace Sternberger (2018) and Martellus Bennett (2005-07) with 10 TDs apiece to take the record.Texas A&M’s 7-1 record against SEC opponents this season marks the most SEC victories in program history since joining the league in 2012.

Will this be the last game as Vols coach for Jeremy Pruitt? It might be. Pruitt served as the defensive coordinator and defensive backs coach on Jimbo Fisher’s 2013 Florida State staff. That Seminoles team went 14-0 and won the BCS National Championship. Fisher is now Texas A&M’s coach.Tennessee (3-6) did end a six-game skid last Saturday with a 42-17 win at winless Vanderbilt. UT was led by true freshman quarterback Harrison Bailey, who completed 14-of-18 passes for 207 yards and a pair of touchdowns, all career highs. He connected with redshirt senior wide receiver Velus Jones Jr. on a 74-yard touchdown reception in the fourth quarter to cap the scoring. Jones finished the contest as UT’s top receiver with 125 yards and a pair of touchdowns on seven receptions, all career highs.Redshirt sophomore J.T. Shrout entered the game in relief in the second quarter and saw action throughout the game. Shrout completed 6-of-13 passes for 90 yards and a career best two touchdowns. Bailey is expected to start again this week.Tennessee finished with season highs in points (42), total yards (540) and passing yards (328). Tennessee’s 28-first half points were a season high and the most points the Vols have scored in any half this year. Tennessee held Vanderbilt to just 292 yards of total offense, the lowest by a UT opponent in any game in 2020.No. 5 Texas A&M is the fourth top-five ranked opponent Tennessee has faced this season. It’s the first time in school history that the Vols will face four top-five ranked teams. All four of those teams are still ranked in the top 11. Those teams are a combined 32-5 this season. Fifty percent of UT’s schedule this season came against ranked opponents.

Posted: Thursday, December 17, 2020 10:23, EST
Could No. 5 Texas A&M sneak its way into the College Football Playoff field, which will be announced Sunday? The Aggies need a huge win at Tennessee on Saturday and some help. They are solid favorites on the NCAAF odds. How to Bet Texas A&M at Tennessee NCAA Football Odds & TV Info When: Saturday, noon ET Where: Neyland Stadium Read More

Posted: Thursday, December 3, 2020 10:43, EST
Sixth-ranked Florida will clinch a spot in the SEC Championship Game – almost surely opposite No. 1 Alabama – with a win at rival Tennessee on Saturday. The Gators are solid NCAAF favorites in a series they have dominated of late. How to Bet Florida at Tennessee NCAA Football Odds & TV Info When: Saturday, 3:30 PM ET Where: Neyland Read More

Posted: Thursday, October 17, 2019 2:41, EDT
The Tennessee Volunteers will look to pull off the monumental upset when they head to Tuscaloosa for their Week 8 matchup against top-ranked Alabama. With the perennially-powerful Crimson Tide looking to take another step toward making their sixth consecutive appearance in the BCS College Football Playoffs, let’s find out if Tennessee can at least cover the huge spread in this Read More

Posted: Thursday, October 3, 2019 2:43, EDT
The Georgia Bulldogs will be looking to give their College Football Playoff hopes another boost when they hit the road to take on a reeling Tennessee Volunteers program that has looked flat-out awful this season. While the Dawgs likely won’t have any problems getting the outright win against their overmatched SEC rivals, let’s find out right now if the nation’s Read More

Posted: Thursday, October 11, 2018 10:48, EDT
Neither Tennessee nor Auburn has any shot at playing for the SEC title, but the No. 21 Tigers still can reach a pretty good bowl game if they finish the season strong. They are more than two-touchdown favorites on the NCAAF Odds against the struggling Vols. How to Bet Tennessee vs Auburn NCAA Football Week 7 Odds & Game Info Read More

Posted: Wednesday, October 11, 2017 2:16, EDT
Week 7 of the college football season does not feature much in the way of ranked teams going head to head, with many of the top teams in the nation going up against opponents that they should put away with relative ease. In order to find some value this weekend, we need to steer clear of the SU picks when Read More