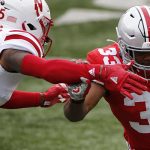 With the 2020 NCAA college football season rolling right along as it heads into Week 9, it's time to take a fun-filled look at two matchups that both have the look of highly entertaining affairs that are offering a ton of entertainment - and betting - value. Let's get right to it so you can bet on their NCAAF odds. 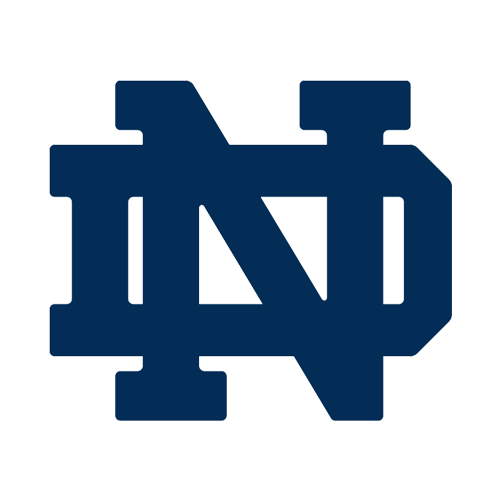 No. 4 Notre Dame has barely been challenged yet in its first – and apparently only – season in the ACC, and oddsmakers don’t expect the Fighting Irish to be in much jeopardy on Saturday, either at unranked Georgia Tech.

The Irish (5-0) beat Pittsburgh 45-3 last week. Ian Book led the way for the Irish with 312 yards passing and three passing touchdowns while adding 40 yards rushing on eight carries. He broke the game open by connecting with graduate student Ben Skowronek down the field twice – a 34-yard grab in the first quarter and a 73-yard scoring strike in the second.

Book moved into a tie for third all-time in Irish QB history in career 300-yard passing games (7) with John and Bobbie Arlotta Family offensive coordinator Tommy Rees. Book is 25-3 (.893) as a starter, which ranks second nationally among all FBS quarterbacks (min. 20 wins), even as Book ranks 14th overall in total QB career starts (28). His 25 wins rank tied for third among all FBS quarterbacks.

Notre Dame added two rushing touchdowns on the afternoon, marking the first time the Pittsburgh defense has given up multiple rushing touchdowns since Oct. 5, 2019 against Duke. Over on the defensive side, the Irish were stout in the first half and held the Panthers to 97 yards of offense and just two yards rushing in the opening 30 minutes.

With just three points allowed vs. the Panthers, the defense has yielded just 9.8 points per game through the five games of the season. Notre Dame has now held 30-of-31 opponents to 30 or fewer points in the Clark Lea era. The Irish have held back-to-back opponents to fewer than 10 points for the first time since 2012 (Boston College – 6, Wake Forest – 0). 10 points or fewer, 2013 (Southern Cal – 10, Air Force, 10).

Notre Dame owns the longest active win streak in the FBS (11 games). The Irish have started the season 5-0 for the fourth time under head coach Brian Kelly.

Georgia Tech (2-4) has followed a trend this season: Win, then lose two, win, then lose two. The Jackets were stomped 48-27 at Boston College last week. Phil Jurkovec threw for 145 yards and two Boston College touchdowns, adding 94 yards on the ground on as the Eagles scored their first seven full possessions.

The Yellow Jackets fumbled twice in the first half — including one that safety Mike Palmer returned 33 yards for a touchdown to make it 24-0. Jeff Sims responded with 32- and 33-yard TD passes, but the Georgia Tech defense wouldn’t make its first stop until there were two minutes left in the third quarter.

Georgia Tech’s three turnovers overall led directly to the losing margin of 21 points, while key penalties erased a 98-yard kickoff return for a touchdown by true freshman Jahmyr Gibbs and extended two Boston College touchdown drives. In its four losses this season, Tech’s turnover margin is minus-11. In their two wins, the Yellow Jackets’ turnover margin is plus-four. Georgia Tech has lost the turnover battle in all four losses and won it in both wins.

As for this game, Georgia Tech will be playing top-five opponents in consecutive home games for only the second time when it welcomes Notre Dame just two weeks after it hosted top-ranked Clemson and got slaughtered 73-7. The only other time the Yellow Jackets played host to top-five teams in back-to-back home games came in 1983, when it hosted No. 5 North Carolina two weeks before it welcomed No. 5 Auburn to Grant Field.

Georgia Tech will pay homage to its famed Black Watch defense of the 1980s on Saturday when it wears throwback uniforms featuring black jerseys that the Yellow Jackets wore under head coach Bill Curry from 1980-86.

Posted: Friday, October 30, 2020 9:25, EDT
No. 4 Notre Dame has barely been challenged yet in its first – and apparently only – season in the ACC, and oddsmakers don’t expect the Fighting Irish to be in much jeopardy on Saturday, either at unranked Georgia Tech. How to Bet Notre Dame at Georgia Tech NCAA Football Odds & TV Info When: Saturday, 3:30 PM ET Where: Read More
0 comments

Posted: Thursday, October 22, 2020 9:07, EDT
Third-ranked Notre Dame’s transition to the ACC has gone smoothly so far as the Irish are unbeaten in the conference but could be on upset alert Saturday at a very solid Pittsburgh team that is on a three-game losing streak – but two of those by just one point each. How to Bet Notre Dame at Pittsburgh NCAA Football Odds Read More
0 comments

Posted: Friday, May 15, 2020 9:10, EDT
Notre Dame has had seven Heisman Trophy winners but shockingly not since 1987. Can quarterback Ian Book end that drought this year? Here are two props available to wager at Mybookie on Book’s Heisman Trophy chances and Notre Dame’s 2020 college football season – assuming there is one – and an overview. Ian Book Heisman Trophy Odds & Analysis For Read More
0 comments

Posted: Friday, December 27, 2019 2:17, EST
The day that we have all been waiting for is almost upon us, with the college football playoff semi-finals set to go on Saturday afternoon. The Peach Bowl will start at 4 PM, which is a long time to wait to get to the action. The good news is that we have a couple of games to keep us occupied Read More
0 comments

Posted: Thursday, November 28, 2019 4:05, EST
If there is one thing that we know for sure about college football, it’s that making it to the end of the regular season without taking a loss is incredibly tough. Furthermore, that single loss can end up being the one that keeps a team out of the top 4 when all is said and done. With that in mind, Read More
0 comments

Posted: Friday, November 22, 2019 7:15, EST
No. 16 Notre Dame can’t reach the College Football Playoff, but the Irish still are in very good shape for a New Year’s Six bowl game – unless they are upset at home by unranked Boston College on Saturday. Notre Dame opened as a 19-point favorite on the Mybookie NCAAF odds. How to Bet Boston College vs Notre Dame College Read More
0 comments

Posted: Thursday, November 14, 2019 11:15, EST
In what’s become one of the more interesting rivalry games of the season, Navy takes on Notre Dame this Saturday. Notre Dame bounced back from 3 straight cover losses with a dominant win over Duke in Week 11. Will the Fighting Irish turn their victory SU and ATS into a streak? See below for NCAAF odds, analysis, and a free Read More
0 comments

Posted: Thursday, November 7, 2019 9:02, EST
The 15th-ranked Notre Dame Fighting Irish will be looking to give their New Year’s Day bowl hopes a boost when they hit the road to take on the Duke Blue Devils in Week 11. With the Irish completely desperate and Duke looking to snap out of their recent doldrums, let’s find out if Notre Dame can cover the spread as Read More
0 comments

Posted: Thursday, October 31, 2019 9:14, EDT
No. 16 Notre Dame saw its hopes of getting back to the College Football Playoff dashed in a big loss to Michigan last week, but the Irish could still reach a New Year’s Six bowl by finishing strong. They are solid NCAAF betting favorites against visiting Virginia Tech on Saturday. How to Bet Virginia Tech vs Notre Dame College Football Read More
0 comments