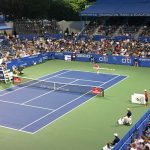 MyBookie brings you a betting preview for the 2021 Citi Open, where we take a look at three names to watch out for and provide you with all the information you’ll evet need to place bets on ATP Betting Odds.Citi Open Tennis Analysis & Predictions | ATP BettingThe Citi Open returns to Washington for its 52nd iteration of the tennis tournament. MyBookie brings you a betting preview for the 2021 Citi Open, where we take a look at three names to watch out for and provide you with all the information you’ll evet need to place bets on ATP Betting Odds.

The Citi Open returns to Washington for its 52nd iteration of the tennis tournament. Last year, the competition got canceled due to the COVID-19 outbreak; however, Citi Open is back with full crowds, who will get to watch some of the biggest tennis stars duke it out in Washington.

Names to Watch Out For

Rafael Nadal has confirmed his attendance at the 2021 Citi Open and was quickly billed as the odds-on favorite to win the title. That isn’t too surprising since it would be hard to argue that Nadal isn’t the best player at the event.

The current world no.3 has, however, had a season to forget, drawing blanks at the Australian and French Open, where he crashed out of the quarter-finals and semi-finals. Although still solid placements, Nadal surely can’t feel satisfied with his showings on the season.

Having failed to deliver at the two Grand Slams, Nadal will be eager to win at least one silverware, and Citi Open just might be his best chance to do so. Still, there are some concerns with Nadal’s injury, which prevented him from delivering at the Roland Garros.

The Italian enters the 2021 Citi Open as the eighth seed; however, he should definitely not be overlooked. Expecting him to deliver and upset the field might be a bold prediction; however, there are plenty of reasons to be optimistic about the 19-year-old.

Sinner has recently made it to the finals of the 2021 Miami Open, which should be a solid indication of his form, given that both tournaments are hard-court events. It’s also fair to mention that Sinner beat the likes of Karen Khachanov and Roberto Bautista Agut, proving that he is more than capable of defeating higher ranked players than him (no.23).

A lot will have to go right for Sinner to win; however, he is definitely a solid dark horse pick for the 2021 Citi Open.

Felix Auger Aliassime enters the 2021 Citi Open as the second seed and world no.15. The Canadian has confirmed to attend the event following his early R1 exit from the Tokyo 2020 Olympics, where he lost against Max Purcell of Australia with 4-6, 6-7.

Despite his iffy showings in Japan, Aliassime has done well in his recent tournament appearances, having reached the quarter-finals in Wimbledon, semi-finals at Halle Open, and finals at Stuttgart Open.

Aliassime has proven himself as a talented player who has managed several impressive runs on the season; however, he has not won a single event. Aliassime seems to “always be there but never on top,” which could make you doubtful about his chances to make it far.

Having said that, Aliassime has a solid chance to reach at least the finals in Washington. He will start the tournament in the bottom half, where he is likely to meet with Alex de Minaur in the semi-finals, which is definitely a winnable match for the Canadian.

If he makes it through the semis, Aliassime is likely to meet with Nadal in the finals, which is a match we don’t expect him to win. However, with most bookmakers pricing Aliassime at +1000, an e/w bet on the 20-year-old tennis star might be worth a shot.