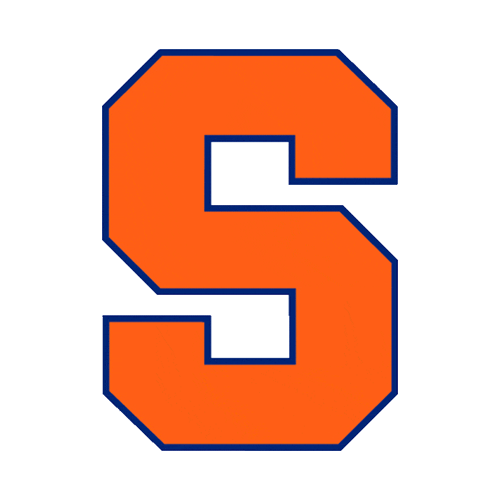 The ACC announced a series of scheduling changes Tuesday that allowed Notre Dame to clinch a spot in the ACC Championship Game so the Irish might be caught in a bit of a letdown game Saturday against a bad Syracuse team.

Saturday’s game will be the 10th all-time meeting between Syracuse and Notre Dame, but first as conference foes after the Fighting Irish joined the ACC for the 2020 season only. The Irish lead 6-3, including three-straight neutral site victories, but Syracuse won its most recent trip to South Bend in 2008. The teams last met in 2018 at Yankee Stadium and the Irish rolled 36-3.

This is the season finale for disappointing Syracuse (1-9). The Orange lost a seventh straight game last Saturday, 36-29 vs. NC State. SU got to the Wolfpack seven-yard line before running out of downs late.

QB Rex Culpepper threw for 254 yards and two scores as Syracuse came up just short. Wide receiver Taj Harris had a career day, hauling in a personal-best 13 passes for 146 yards. The Orange had a season-high six sacks and two takeaways to up their national lead to 22. Linebacker Mikel Jones created yet another takeaway, with his fourth interception on the year, a mark that ranks first in the ACC and third in FBS football.

Six Syracuse freshmen (four true, two redshirt) started vs. NC State, breaking the previous program record for most freshman to start on one side of the ball (5), which was set in the prior two games (vs. Boston College and at Louisville). In each of the last seven games, Syracuse has started four-or-more freshmen on defense. Prior to this season, four was the most freshmen starters on one side of the ball in program history.

After returning a 98-yard kickoff for a touchdown, the first kickoff return touchdown for the Orange since 2011, Trebor Pena was named the ACC Specialist of the Week. Following the first NC State points of the game, Pena erased Syracuse’s deficit on the ensuing kickoff, slicing through the Wolfpack defense for a house call. It was the first kickoff return score since Dorian Graham returned one the same distance in a 2011 contest vs. West Virginia.

Tight end Aaron Hackett is tied for the Syracuse record in career touchdown receptions by a tight end, one shy of becoming the program’s all-time record holder. Hackett enters Saturday’s contest tied with Nick Provo (9) for the most TD catches by an Orange tight end.

Running back Sean Tucker enters Saturday’s game ranked sixth in Orange history in rushing yards by a freshman with 525. Andre Szmyt has 56 career field goals made and is three away from tying the Orange’s all-time record, held by Cole Murphy.

The Irish avoided an upset last Friday at No. 19 North Carolina, 31-17. Ian Book completed 23-of-33 passes for 279 yards and one touchdown. Book also had an effective day on the ground, finishing the game with 48 yards on eight carries. Javon McKinley was Book’s favorite target on the day, hauling in six receptions for a career-high 135 yards. Kyren Williams led the way on the ground with 124 yards on 23 carries and three total touchdowns, marking his second career three-touchdown game.

Defensively, Jeremiah Owusu-Koramoah was all over the field in leading the team with nine tackles, which tied a career high. North Carolina entered the game averaging 43.3 points per game and the Irish defense held the hosts to a season-low 17 points on the day. The Irish also limited the Tar Heels to just 298 total yards after coming into the game averaging 563.4 yards per game. The Tar Heels only mustered 87 yards rushing, the fewest for them in a game since 2017.

Owusu-Koramoah has been named a semifinalist for the Butkus Award, which honors the top linebacker in college football. Sixteen semifinalists were selected. Owusu-Koramoah, a preseason All-ACC First Team selection, has totaled 44 tackles this season, which ranks second on Notre Dame’s defense, while he leads the team with 8.5 tackles-for-loss. He has been responsible for forcing multiple turnovers, including an interception, a fumble recovery returned for a touchdown and two forced fumbles this season. The defense has yielded just 16.7 points/game through the first eight games of the season. That figure ranks third among all Power 5 teams.

Book is currently 14-0 as a starter in Notre Dame Stadium. A win vs. Syracuse would give him a perfect record at home. He is also 18-0 as a starter against ACC teams. The Irish boast a current win streak of 14 games, the longest among all FBS teams.

Notre Dame has won 23-straight games at home dating back to Sept. 30, 2017. Notre Dame has not achieved three-straight undefeated home seasons since 1987-89.

Posted: Friday, December 4, 2020 8:31, EST
The ACC announced a series of scheduling changes Tuesday that allowed Notre Dame to clinch a spot in the ACC Championship Game so the Irish might be caught in a bit of a letdown game Saturday against a bad Syracuse team. How to Bet Syracuse at Notre Dame NCAA Football Odds & TV Info When: Saturday, 2:30 PM ET Where: Read More

Posted: Wednesday, July 17, 2019 8:28, EDT
Well, make no mistake about it collegiate gridiron betting buffs. All eyes will be on the Syracuse Orange when they take to the field for the start of the 2019 NCAA college football season. You see, after reaching the double-digit win mark for the first time since 2001, the Orange are hoping for a repeat of their successful 2018 campaign, Read More

Posted: Wednesday, December 26, 2018 11:23, EST
Two of the most surprising teams in college football this season battle it out at Camping World Stadium in the 2018 Camping World Bowl on Friday, Dec. 28. The West Virginia Mountaineers we’re in the hunt for a CFP bid until late in the season. The Syracuse Orange almost upset Clemson and looked good beating some decent teams. Who takes Read More

Posted: Tuesday, November 20, 2018 11:59, EST
The Syracuse Orange and Boston College Eagles battle on Saturday, Nov. 24 after suffering devastating losses in Week 12. Both feel they deserve a shot to play on New Year’s Day. The only way they’ll do that is to impress bowl selection committees with a huge Week 13 victory. Syracuse vs Boston College NCAA Football Week 13 Odds & Analysis Read More

Posted: Thursday, November 8, 2018 12:59, EST
The 13th-ranked Syracuse Orange are looking better than they have in ages! The Louisville Cardinals are sinking to depths their gridiron program has never seen. With the ACC rivals clearly heading in polar opposite directions, let’s find out if the Orange can cover the NCAAF Spread as a huge three-touchdown home favorite.   Louisville vs Syracuse NCAA Football Week 11 Read More

Posted: Monday, October 22, 2018 10:00, EDT
#22 NC State heads to Syracuse attempting to pick themselves up after a devastating loss to Clemson in Week 8. The Wolfpack looks to rebuild their confidence. Will the Orange allow them to do it? See below for college football odds, analysis, and a free pick for NC State at Syracuse! NC State at Syracuse 2018 NCAA Football Week 9 Read More

Posted: Thursday, September 27, 2018 5:17, EDT
No matter how good a team is in college football, they are all going to run into a game or two over the course of a season where they are put to the test, oftentimes by a much lesser opponent. It’s an expected part of the college game, but unlike other sports, those performances can count against them when it Read More

Posted: Wednesday, October 18, 2017 10:30, EDT
Coming off one of the biggest wins in school history, Syracuse must refocus quickly as the Orange visit ACC Coastal Division leader and No. 8 Miami on Saturday. The Hurricanes have won their past two games in the final seconds but are more than two-TD NCAAF spread favorites here. But can Syracuse give another upset in this week’s College Football Read More

How to Bet Clemson at Syracuse NCAAF Odds & Week 7 Pick

Posted: Tuesday, October 10, 2017 9:12, EDT
It’s a rare Friday night game for No. 2 Clemson as the Tigers face a potential trap at high-powered Syracuse in an ACC matchup. It’s possible Clemson is looking past the Orange a bit and to next week’s bye. But the Tigers are still NCAAF odds favorites, with Clemson as a three-TD betting favorite for Week 7. How to Bet Read More