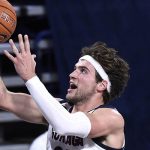 The St. Mary's Gaels will attempt to hand the top-ranked Gonzaga Bulldogs their first loss of the season when the two West Coast Conference rivals square off on Saturday. With Gonzaga looking to take anther step toward a potential unbeaten campaign and St. Mary's desperate to get back in the win column, let's find out where the best betting value lies in this matchup so you can place your bets against their College Basketball odds. 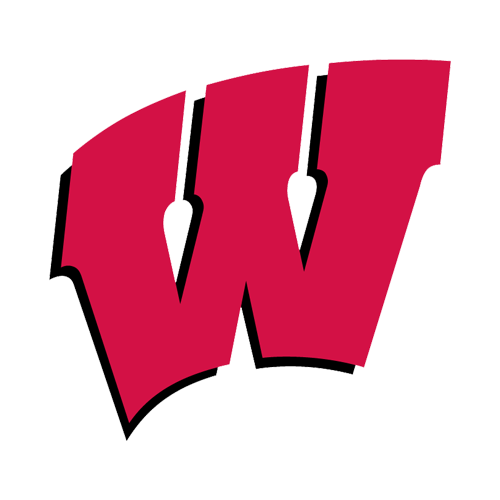 At one point, Rutgers was ranked 14th in the nation, but the Scarlet Knights enter Friday’s Big Ten home game vs. No. 8 Wisconsin having lost three in a four and four of five. They still likely will open as short favorites on the NCAAB odds against the Badgers, who come off a terrible loss.

The schools played twice last season and each won at home. The one at Rutgers was a 72-65 decision for the Scarlet Knights. Geo Baker, who is still at Rutgers, had 22 points on 9-for-18 shooting. Rutgers outrebounded Wisconsin 40-26 and 14-3 on the offensive glass, leading to a 23-5 advantage in second-chance points. “I thought they were more physical, and we didn’t respond to it well,” Wisconsin coach Greg Gard said. “We missed some block-outs, but there were other times when they just flat-out took it from us.”

The Badgers (10-3) were totally outclassed Tuesday in a 77-54 loss at No. 7 Michigan. Wisconsin shot 30.8 percent from the field and turned the ball over 10 times in the most lopsided loss of Wisconsin’s season. For a stretch that started in the first half and carried well into the second half, Michigan dominated the game with a 41-6 run.

It marked the Badgers first top 10 matchup of the season and Wisconsin’s first game against one of the other three tams considered to be in the top four of the Big Ten.

“Got way out of character at the end of that first half and even into the second half with what we were doing to offensively,” Wisconsin head coach Greg Gard said. “It led to bad defense and obviously they’ve done that to a lot of teams. They get a little spark and it turns into an avalanche.”

Wisconsin struggled mightily against the length of Michigan. Three of the first eight shot attempts by the badgers were blocked, and at the seven-minute mark the Badgers had fewer two-point makes than Michigan had blocked shots.

In the Badgers 13 games this year, they’ve been losing or tied after the “first quarter” (i.e. 10 minute mark) in five games. Their record in those five games is 2-3.

It was Gard’s 100th Big Ten game as UW coach. He is 63-34 all-time and his winning percentage ranks him sixth among Big Ten coaches of the last 40 years (since 1980).  Wisconsin is renowned for its home success, but the Badgers have been good on the road recently. Since Gard took over as head coach, the Badgers are 1 of just 4 Big Ten teams with 24+ true road wins.

Senior guard D’Mitrik Trice continued his hot offensive stretch, leading the way with a team-high 20 points for the Badgers but it wasn’t close to enough.

Young scored 15 of his game-high 19 points in the second half in the Knights’ second home loss of the season. He has scored double-digits in 10 straight games. Caleb McConnell (12) and Ron Harper Jr. (11) joined Young in double figures. Harper Jr. was named to the Midseason Top 25 Watch List for the John R. Wooden Award on Wednesday night. From long-range, he leads the Big Ten with 3.22 three-pointers per game and is second in the conference in three-point percentage at 46.8 percent.

Geo Baker passed John Somogyi to move into 30th place on Rutgers all-time scoring list.  Baker played in his 100th career game and has scored 1,111 points as a Scarlet Knight. Playing in his third game of the season after missing the first eight contests with a back injury, Caleb McConnell scored a season-high 12 points. It marked the first time he scored in double figures since Feb. 1, 2020 against Michigan at Madison Square Garden.

Posted: Thursday, January 14, 2021 7:47, EST
At one point, Rutgers was ranked 14th in the nation, but the Scarlet Knights enter Friday’s Big Ten home game vs. No. 8 Wisconsin having lost three in a four and four of five. They still likely will open as short favorites on the NCAAB odds against the Badgers, who come off a terrible loss. How to Bet Wisconsin at Read More
0 comments

Posted: Monday, January 11, 2021 3:56, EST
It’s a potential Big Ten Championship Game preview in the game of the night Tuesday around college basketball as Wisconsin visits Michigan in a matchup of Top 10 schools. The Wolverines will be favored on the NCAAB odds as they are unbeaten. How to Bet Wisconsin at Michigan NCAA Basketball Odds & TV Info When: Tuesday, 7 PM ET Where: Read More
0 comments

Posted: Friday, January 17, 2020 9:47, EST
On Friday night, Michigan State looks to bounce back after one of their worst defeats in history. The Purdue Boilermakers pummeled MSU 71-42. Can the favored Spartans get back on the winning track? Or, will Wisconsin add to Michigan State’s woes? Can the Badgers cover the spread? Check out the college basketball odds, analysis and a free pick for Wisconsin Read More
0 comments

Posted: Friday, January 3, 2020 7:18, EST
Wisconsin has been a perennial contender in the Big Ten in basketball but the Badgers are a bit down this season. Things aren’t likely to improve on Friday when Wisconsin visits No. 5 Ohio State. The Buckeyes will be solid Mybookie NCAAB Betting favorites for Winsconsin vs Ohio State. How to Bet Wisconsin vs Ohio State College Basketball Odds & Read More
0 comments

Posted: Friday, March 22, 2019 1:08, EDT
Nearly every year since the NCAA Tournament expanded to 64 schools, a No. 12 seed has beaten a No. 5. Look no further for that type of upset on Friday when red-hot Oregon is a short March Madness betting underdog against fifth-seeded Wisconsin in South Region action. The total is absurdly low between great defensive teams. Print NCAA Tournament Brackets & Read More
0 comments

Posted: Thursday, March 7, 2019 1:25, EST
Sure, while the likelihood is that one of the top national championship contenders will win this season’s national championship, the fact of the matter is that in today’s upset-laden times, just about any team, anywhere, is capable of making a surprisingly deep run in the national championship tournament – or maybe you’ve forgotten all about Loyola-Chicago’s stunning March madness run Read More
0 comments

Posted: Thursday, March 7, 2019 9:50, EST
Unless the Iowa Hawkeyes lose both their remaining Big Ten Regular Season games, they should have already secured a March Madness berth. However, they could most definitely bolster their case with a victory over rival Wisconsin on the road on Thursday night. Will the Hawkeyes pull off the upset? Or, will Wisconsin roll to a home win and cover? Download Read More
0 comments

Posted: Tuesday, February 12, 2019 4:54, EST
If you are forced to be stuck inside on a Tuesday night, this particular evening might not be a bad one to be housebound, especially if you are a fan of college basketball. With just a few weeks remaining in the regular season, the battle for rankings and tournament selections is really starting to heat up and we have several Read More
0 comments