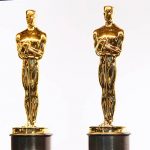 A few surprises happened at this year’s Academy Awards. Those surprises handsomely paid backers who took a shot. Heading into the Oscars, most had settled on Chadwick Boseman to win the Best Actor Oscar and Carey Mulligan to win the Best Actress Oscar. Upsets occurred in both categories. Check out what happened at the April 25 Academy Awards so you can keep making your bets against their Entertainment odds. A few surprises happened at this year’s Academy Awards. Those surprises handsomely paid backers who took a shot. Heading into the Oscars, most had settled on Chadwick Boseman to win the Best Actor Oscar and Carey Mulligan to win the Best Actress Oscar. Upsets occurred in both categories. Check out what happened at the April 25 Academy Awards so you can keep making your bets against their Entertainment odds.

Summary of the 93rd Academy Awards

Nomadland was the chalk heading into the ceremony. But although the odds on Chloe Zhao’s film had fallen to -750, the depreciation of Minari’s odds to win Best Picture had made it a solid +450 second-choice.

Heading into the Oscars, many felt the movie about a Korean immigrant family might overtake Nomadland and grab the award. Nomadland prevailed.

The movie also won Zhao the Best Director award and Frances McDormand the Best Actress statue. Nomadland secured three of the four biggest awards of the night. There was no actor in the film who qualified for a Best Actor nomination.

No doubt if their had been, he would have gotten the award as well. McDormand carried the movie, which is why Academy voters decided to give her another statue.

The now 3-time winner had gone into the ceremony an underdog to Carey Mulligan. The Promising Young Woman actress had gained all the buzz heading into Oscar week. Mulligan looked like a sure winner, but McDormand prevailed.

Although not a surprise, Youn Yuh-jung beat chalk Maria Bakalova for her work in Minari. Youn became the first Korean thespian to take home an Oscar.

Bakalova was a strong +100 favorite. Youn had gone from a +700 choice to the solid +200 second-choice last week. By winning the Best Supporting Actress Oscar, Youn made history.

The biggest upset was Anthony Hopkins beating Chadwick Boseman for Best Actor. Boseman had dropped to under even money. The young actor passed away last summer due to cancer.

But that wasn’t the reason so many believed Boseman would win. The man that played Black Panther delivered a powerful performance in Ma Rainey’s Black Bottom. He’s pitch-perfect playing alongside Viola Davis.

Anthony Hopkins won the Oscar for playing the Alzheimer’s-addled main character in The Father. Hopkins does a decent job. He’s great, actually, but it’s a shame the Academy didn’t reward Boseman.

In any case, Hopkins made history by becoming the oldest actor, the man who made Hannibal a household name is 83, to win an Oscar.

Academy Awards has worst ratings ever

The ceremony got its worst ever ratings. Both sides of the spectrum tried to use politics as a reason for the bottomed-out ratings. The real reason?

People are streaming more content at home and, let’s be honest, nobody attended a movie theatre last year. Already potential Oscar-worthy films have generated buzz, so the Academy could see a bounce back in ratings next year.

The Last Duel, Red, White and Water, Spencer, Passing, The Card Counter, and, yes, Dune, have all become Oscar favorites. Keep those movies on your radar as more theatres reopen in the U.S.