Team WE vs TT Gaming

Royal Never Give Up vs Oh My God

Royal Never Give Up

Team WE vs LNG Esports 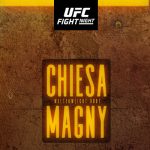 The UFC has wasted no time in returning to action in 2021 after taking a few weeks off during the holiday season. We had Fight Night Island 7 this past weekend, with the return of Conor McGregor at UFC 257 now just a matter of days away. Before we get to that, though, UFC has slipped in another event on Wednesday night, with a 6-fight main card on the books at Fight Island 8.

The KeSPA Cup 2020 will conclude on Saturday, January 2 with a clash between ⁠Nongshim RedForce and the reigning League of Legends world champions DAMWON GAMING. With the prestigious title and ₩40,000,000 (≅ US $36.776) in tournament winnings on the line, we can expect an exciting match, however, it will be Nongshim RedForce who will have a lot to prove as they get ready to face the strongest team in the world. Let’s take a closer look at the upcoming matchup so you can bet against their League of Legends odds.

Nongshim RedForce (formerly Team Dynamics) have made quite a splash at the KeSPA Cup with their performances. Although they had to settle for a runner-up finish in the group stage, they still managed a very impressive 3-1 record with wins against Liiv SANDBOX, DRX and Afreeca Freecs.

In the quarter-finals, Nongshim RedForce edged past Liiv SANDBOX (2-1), to which they added a commanding 3-0 sweep of KT Rolster in the semi-finals to book a spot in the finals. Much of RedForce’s success in this tournament comes down to the performances of ADC Seo “deokdam” Dae-gil and jungler Han “Peanut” Wang-ho, who are both fairly consistent and average 5.3 and 5.0 KDA respectively.

DAMWON Gaming enter this match as massive favorites which is not too surprising. Not only are they the reigning world champions, but DAMWON have also dropped only one map in 10 games en route to the KeSPA Cup grand finals and even that loss came against Hanwha Life Esports, who they ended up beating 3-1.

Unlike most other teams at the tournament, DAMWON have opted to field most of their active lineup, so it’s not too surprising they had a fairly easy time making it so far. What’s more, their newest signing Kim “Khan” Dong-ha has been playing extremely well, which is a scary sight for DAMWON’s opponents, since Khan is easily one of the best top laners in the world when he is in form.

The question here is not so much whether DAMWON can win, but rather what can Nongshim RedForce do. Expecting the underdogs to win is a bit too optimistic and we have a hard time believing they can cause any serious damage either.

These two sides have last met on Monday, December 21, when DAMWON swept the floor with Nongshim RedForce. Although the underdogs held on well for the first 10 minutes, the quality gap became much more noticeable when the match entered the mid-game.

Thanks to their superior macro play and better team fighting execution, DAMWON gained a small lead which they then used to snowball into a commanding victory and we don’t expect that to change here. DAMWON have since looked stronger with each passing game and unless they somehow slip, this should be an easy 3-0 win for what is arguably one of the strongest Korean LoL teams we have seen since the era SKT T1.

Nongshim RedForce could potentially surprise DAMWON with some unusual drafts, but even then, Peanut would need to have a game of his life to match up with Kim “Canyon” Geon-bu and disrupt the flow of the game. It’s plausible for Nongshim RedForce to win one map, but considering DAMWON’s current form, we don’t believe it’s possible.

Posted: Friday, January 1, 2021 12:09, EST
The KeSPA Cup 2020 will conclude on Saturday, January 2 with a clash between ⁠Nongshim RedForce and the reigning League of Legends world champions DAMWON GAMING. With the prestigious title and ₩40,000,000 (≅ US $36.776) in tournament winnings on the line, we can expect an exciting match, however, it will be Nongshim RedForce who will have a lot to prove Read More
0 comments

Posted: Friday, December 18, 2020 9:49, EST
Today brings you another set of free eSports betting predictions, where look at the three Counter-Strike: Global Offensive fixtures at the Vulkan Fight Series. The games are scheduled for Sunday, December 20, and feature some of the best second-tier teams in the scene. Let’s take a closer look at upcoming games so you can make your bets against their Counter Read More
0 comments

Posted: Friday, December 11, 2020 12:26, EST
OGA Dota PIT Season 4: Europe/CIS kicks-off on Tuesday, December 15, with eight European and CIS Dota 2 teams in attendance and US $150,000 on the line. Today we will explore the final two fixtures of the opening day and provide our readers with the best bets and eSports odds to take advantage of ahead of time. eSports Betting – Read More
0 comments

Posted: Thursday, December 3, 2020 12:00, EST
IEM Global Challenge 2020 is set to begin on Tuesday, December 15, with eight of the strongest European Counter-Strike: Global Offensive teams vying for the lion’s share of US $500,000 prize pool. Today we will turn our attention to the opening three games of the tournament and provide our readers with the best bets and Counter Strike odds courtesy of Read More
0 comments

Posted: Friday, November 27, 2020 3:56, EST
After hitting 2/3 of our Counter-Strike: Global Offensive BLAST Premier predictions last week, MyBookie.ag brings you another set of esports betting previews for Sunday, November 30. Today, we will turn our attention to three Dota2 fixtures, set to be played in the penultimate round of EPIC League Division 2. Let’s get right to it so you can set down your Read More
0 comments

Posted: Friday, November 13, 2020 3:16, EST
Eight of the strongest Chinese Dota2 teams are set to enter the second season of China Dota2 Pro Cup, where they will duke it out for the prestigious title and the largest slice of ¥600,000 CNY (≃ $90,706 USD) prize pool. In this free esports betting preview, we will take a look at one of the fixtures of the tournament, Read More
0 comments

Posted: Friday, November 6, 2020 3:23, EST
We will take a look at three China Dota2 Pro Cup Season 2: Qualifier quarterfinals fixtures that will happen Monday. The qualifiers will feature six Chinese Dota2 squads vying for the last ticket for the main event, which will have ¥600,000 CNY (≃ $89,787 USD) in the prize pool. Let’s take a closer look at the upcoming games so you Read More
0 comments

Posted: Friday, October 30, 2020 5:43, EDT
In this esports betting preview, we will check out BLAST Premier: Fall 2020 Group C, where we will see two exciting Counter-Strike: Global Offensive fixtures featuring MiBR, Astralis, FURIA and G2 Esports. The games will be played on Monday so you have enough time to make your bets against their Counter Strike odds. Counter-Strike: Global Offensive BLAST Premier Oct. 30 Read More
0 comments