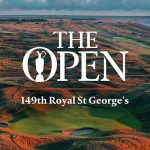 This time next week, the 2021 Open Championship at Royal St. George’s Golf Course will be in full swing with the top players in the world vying for the Claret Jug and a chance to be named “The Champion Golfer of the Year.” The tournament will be the 149th version of the Open Championship.Shane Lowry is the defending champion after a stellar performance in 2019 gave the Irishman his first and only major victory. The Open Championship Betting from Britain

We are about halfway through the second round of the 149th Open Championship at St. George’s Golf Club in Sandwich, England. The leaders are taking shape with a handful of players from Thursday’s early wave setting the bar as we moved into Friday’s rounds. Let’s take a look at our Golf betting update for the weekend so you can keep betting against their PGA Tour odds.

Weekend Plays to Bet On The Open Championship

The course yesterday played almost a shot easier than it did back in 2011, backed by softer fairways and little wind until the afternoon. Those that went out in the afternoon had more difficulty attacking the golf course with the wind, and that’s something that is expected to keep up throughout the weekend.

Many of yesterday’s leaders do not tee off until later this afternoon, and it will be interesting to see what the wind does, but we’ve already seen low scores posted by the morning wave. Collin Morikawa leads the way with a 6-under round to take a three-shot lead at 9-under. Emiliano Grillo matched Morkiawa’s low round of the morning wave as well, moving him into a tie for second at 6-under.

Morikawa is two rounds away from becoming the first golfer to win a pair of majors in his first appearance at them. The 24-year old was one of the players we targeted pre-tournament because he is one of the best iron players in the game and leads the PGA Tour in Strokes Gained: Approach the Green.

Typically, the Open Championship doesn’t produce a rookie winner, but Morikawa’s profile gives us reason to believe he can make noise this weekend in search of his second major. Datagolf.com, a website that uses analytics to project finishing positions, cutlines, etc., currently gives Morikawa a 24% chance of winning the tournament.

Two other names you have to like, given their track record, are yesterday’s first-round leader Louis Oosthuizen and Jordan Spieth. One month ago, Oosthuizen was in the driver’s seat to capture his second major victory before a wayward drive on the 16th hole opened the door from Rahm down the stretch. Oosthuizen won this tournament in 2010 and has a pair of second-place finishes at the last two majors this season.

Spieth loves links golf, and watching him attack the course on Thursday was a thing of beauty. The 2017 Open champion has three top-10 finishes at this tournament and appears to be heading for his fourth. Growing up in Texas, the 27-year old is no stranger to playing in the wind, a significant factor as we transition to the weekend and afternoon tee times.

Other names that are near the top that could make a charge include Tony Finau (-4), Cameron Smith (-4), Justin Rose (-3), and Brian Harman (-5). Rose and Harman still have their second round of golf to play, so it’ll be interesting to see where they stand by Friday evening.

The last name to watch is 2016 Masters champion, Danny Willett. Willett is making a charge Friday, shooting 2-under on the front to move into T6th as he makes the turn.

I’d wait until their second rounds have concluded, but these guys mentioned above are where my money would go this weekend.