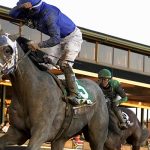 For over twenty years the most powerful horse racing outfit in the world, Godolphin Racing based out of Dubai, has tried to win the Kentucky Derby. In 2021, Godolphin campaigns the best Derby contender they’ve ever had in Essential Quality. Does the Derby contender have what it takes to win the Triple Crown? Let's find out so you can continue planning your bets and place them against their Triple Crown odds. 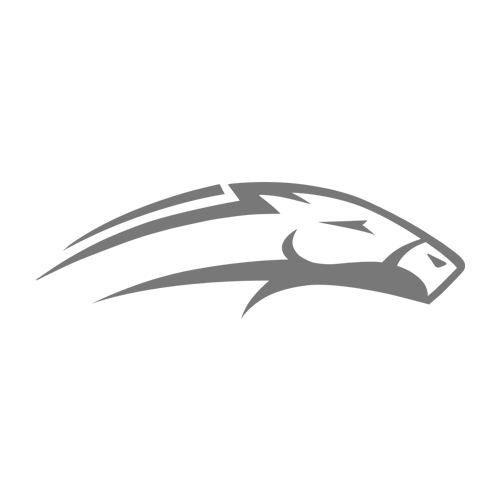 For over twenty years the most powerful horse racing outfit in the world, Godolphin Racing based out of Dubai, has tried to win the Kentucky Derby. In 2021, Godolphin campaigns the best Derby contender they’ve ever had in Essential Quality. Does the Derby contender have what it takes to win the Triple Crown? Let’s find out so you can continue planning your bets and place them against their Triple Crown odds.

What is the Triple Crown of Horse Racing?

Three races restricted to three-year-old colts or fillies comprise the Triple Crown of horse racing. All three races are on dirt but they’re at different racetracks and at different lengths.

The first event is the most famous horse race in the U.S., the Kentucky Derby. The second is the Preakness Stakes. The third is the Belmont.

The Belmont is called the Test of Champions because horses run 1 ½ miles. Only 13 horses have won the Triple Crown. Sir Barton was the first in 1919.

Based on breeding, there’s no reason to suspect Essential Quality can’t win all three Triple Crown races. When we discuss breeding and the Triple Crown, we’re often looking for a horse that has the ability to stay for 1 ½ miles.

By “stay”, we mean the three-year-old can run for 1 ½ miles without tiring. Horses that thrive at the Belmont distance should have no trouble at the 1 ¼ Kentucky Derby distance.

Essential Quality already proved he can run 1 1/16 miles. He easily took the Breeders’ Cup Juvenile at that distance last year. Not only that but his sire, Tapit, is the father of three Belmont Stakes winners.

Godolphin has won every major race in Europe, the United Arab Emirates, Hong Kong and Australia. They’re the most powerful racing organization in the world. Only Coolmore can contend with Godolphin.

With that being written, Godolphin has had trouble winning the Derby. They’ve brought numerous contenders to the race, including Frosted who finished fourth behind American Pharoah in 2015. Street Cry didn’t run in the Kentucky Derby. But Street Cry did produce Street Sense, the 2007 winner on the first Saturday in May.

Does Essential Quality have what it takes to win the Triple Crown?

The Tapit sired runner has the breeding and connections to dominate his competition on the Triple Crown trail. The biggest problem? His style is conducive to winning both the Derby and the Belmont but could lead to a Preakness loss.

Essential Quality is a presser – closer type with a devastating turn of foot ala Victory Gallop, the 1998 Belmont winner. He used that turn of foot to blow past his rivals and win the BC Juvenile. In the Derby, having a turn of a foot is the best way to get it done.

It’s also a great way to take the Test of Champions. But to win the Preakness, Essential Quality may have to stay much closer to the pace than he prefers. The closer a turn of foot horse stays to a fast pace, the less effective the turn of foot.

If Essential Quality wins the Kentucky Derby, his toughest race will happen two weeks later in the Preakness. So, yes, Godolphin’s top Derby prospect can win the Triple Crown. The chances of him pulling it off aren’t as great as many may believe, though.

Posted: Monday, January 25, 2021 1:41, EST
Gulfstream Park had one of their biggest days on Saturday, January 23. But although the Florida track won’t run a Grade 1 race this Saturday, they have scheduled five Grade 3 events including the Holy Bull, a Kentucky Derby prep. Check out top plays and Horse Racing Odds for the Top Stakes Races of the Week from Saturday, January 30th. Read More
0 comments

Posted: Tuesday, January 19, 2021 11:39, EST
The 2021 Triple Crown won’t kick off until May 1. But it’s never too early to start thinking about the Kentucky Derby, Preakness Stakes, and Belmont Stakes right? Will a horse win this year’s Triple Crown? Check out way too early predictions on the three most famous races in the United States so you can start planning ahead your bets Read More
0 comments

Posted: Monday, January 18, 2021 2:15, EST
On Saturday, Gulfstream Park runs two of the most prestigious races of the year. The first is the Grade 1 Pegasus World Cup Turf Invitational. The second is the Pegasus World Cup. Combined, the two races offer a purse of $4 million, $1 million for the Turf Invitational and $3 million for the World Cup. Check out top plays and Read More
0 comments

Posted: Friday, January 15, 2021 8:35, EST
After a tough 2020 where Churchill Down ran the Kentucky Derby in September, the 2021 Run for the Roses is on track. Derby fans, handicappers, owners, and jockeys should circle May 1 for this year’s Derby. But although everyone is excited that the Derby will return to the first Saturday in May, lingering pandemic issues could force race goers to Read More
0 comments

Posted: Monday, January 11, 2021 7:51, EST
On Saturday, Gulfstream Park has the Sunshine Millions. We take a look at three of the most intriguing Sunshine Millions races on the card. We also provide information for a couple of stakes races at Santa Anita and two graded events at the Fair Grounds, including the Grade 3 Lecomte, the next race on the Road to the Kentucky Derby. Read More
0 comments

Posted: Friday, January 8, 2021 10:21, EST
When it comes to the Kentucky Derby, no trainer in history touches the great Bob Baffert. Check out information on how Kentucky Bob, again, has the best hand heading into the Triple Crown. Also check out top plays and Horse Racing Odds from Kentucky Derby for Saturday, May 1. You can also visit our Online Racebook to place your bets Read More
0 comments

Posted: Friday, January 1, 2021 10:41, EST
The thoroughbred industry isn’t waiting. The first two preps for the First Saturday in May happen on January 1 and January 2. On New Year’s Day, three-year-olds run in the Jerome Stakes at Aqueduct Racetrack in Ozone Park, New York. Then on Saturday, sophomore equines hit the track at Santa Anita for the Sham Stakes. Check out top plays and Read More
0 comments

Posted: Monday, December 28, 2020 9:17, EST
On Saturday, Dec. 26, Santa Anita Park opened with a flourish. The Great Race Place is back at it on Friday and Saturday with a few graded stakes races. There are also top stakes races at both Aqueduct in Ozone Park, NY and Gulfstream Park in Hallandale, FL. Check out top plays and Horse Racing Odds for the Top Stakes Read More
0 comments

Posted: Monday, December 21, 2020 3:45, EST
Santa Anita, one of the top horse racing tracks in the United States, starts their long winter-spring meet on Saturday, December 26. Check out top plays and Horse Racing Odds for the Top Stakes Races of the Week from Saturday,  Dec. 26th to Sunday, Dec. 27th. You can also visit our Online Racebook to place your bets on active racetracks. Read More
0 comments

Posted: Monday, December 14, 2020 2:11, EST
We’re less than two weeks away from Santa Anita’s opening day. The Great Race Place always starts their long winter-spring meet on Dec. 26, the day after Christmas. Make sure to circle Dec. 26 on your calendars. Shore up your game before Dec. 26 by checking out this weekend’s top stakes action. Check out top plays and Horse Racing Odds Read More
0 comments

Posted: Monday, December 7, 2020 10:16, EST
On Dec. 12, Gulfstream has their first big Saturday of their winter meet. Four grade races are on Gulfstream’s Saturday card. Check out information on three stakes races at the Fair Grounds for Louisiana bred runners. Also, check out top plays and Horse Racing Odds for the Top Stakes Races of the Week from Saturday,  Dec. 12. You can also Read More
0 comments

Posted: Monday, November 30, 2020 5:13, EST
This weekend, it’s all about the Big A. Aqueduct racetrack in Ozone Park, New York runs four graded stakes races on Saturday. The most important is the Cigar Mile. Check out information on those events as well as the Garland of Roses at the Big A on Sunday and a couple of interesting events at Tampa Bay Downs on Saturday.  Read More
0 comments

Posted: Monday, November 16, 2020 1:27, EST
The next month or so should be light on graded stakes horse racing action. There are a few graded races happening on Saturday. Then on Sunday, a couple of New York Stallions stakes in two divisions as well as the Cary Grant Stakes at Del Mar take place. Check out top plays and Horse Racing Odds for the Top Stakes Read More
0 comments