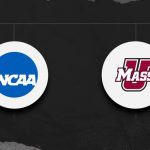 A pair of streaking teams square off when the Davidson Wildcats (8-4) visit the UMass Minutemen (5-2) on Sunday, January 24, 2021 at 12:00 PM ET. The Wildcats are 2-point favorites and put their three-game win streak on the line against the Minutemen, winners of three straight. The over/under for the matchup is 144. 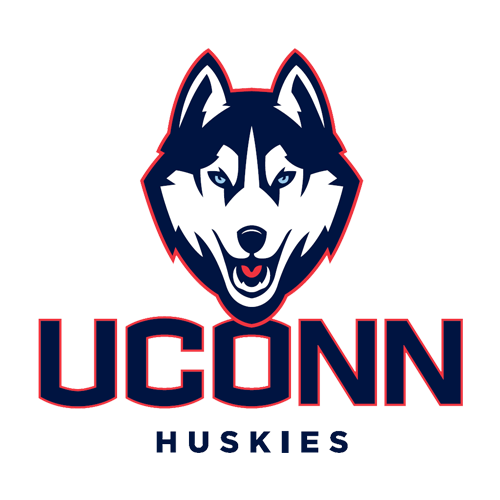 It is always really interesting to watch the conferences play out over the course of the college basketball season. While you get some conferences where a single team takes control from the start, you have many more where the outcome is unsure all the way into the final weekend of the season. That is where we find ourselves now, with every team in the country now down to their final game or two before we dive into the conference championship tournaments next week. There will be some teams on the bubble who are going to need a great showing in those tournaments to sneak into the final March Madness bracket, and while some teams have already punched that ticket, it’s still important to finish strong. In terms of the AAC, the Houston Cougars appear to be the only team that can really be considered a lock to be in the tournament, although they still have some work to do if they are to win the AAC regular season title. That work begins on Thursday night with a trip to Storrs to face the Connecticut Huskies. Houston is a slender 2-point favorite, with the point total for this one set at 133. Let’s see how the College Basketball odds will be for the Houston vs Connecticut.

Why bet on the Houston Cougars

The Houston Cougars find themselves in the top 25 in the national rankings as we head into the final weekend of the season. They are down in the #21 spot, so they are realistically going to need to win out to ensure that they stay in that coveted spot. That is not fully guaranteed, though, as they have been a little wobbly of late, going 3-2 in their last 5 games. Overall, their season record now sits at 22-7, but that still leaves them a ½ game back of Tulsa in the race to win the AAC. The Cougars are 12-4 in conference play this season, which includes a 63-59 win over UConn when they met in Houston earlier this season. The Cougars are now 7-1 SU in their last 8 meetings with the Huskies and are 13-7 ATS in their last 20 games overall.

While certainly not a disastrous season by any stretch of the imagination, you can bet that the Connecticut Huskies are still not going to be pleased with their 17-12 record. Rather than simply playing out the season, though, the Huskies are doing a very nice job of finishing strong, winning 6 of their last 8 games, including each of their last 3. They have had 5 games against ranked opponents this season and have managed too win just once, with that one being a 62-59 win over Florida way back in the second week of the season. The Huskies are 13-3 at home this season and have won their last 5 games at home. They are, though, just 4-9 ATS in their last 13 games played in the month of March.

The previous meeting between these two earlier in the season was a close one and I believe that we might be in for more of the same here. I have the Cougars edging it and covering the spread by the slimmest of margins.

Posted: Thursday, March 5, 2020 4:47, EST
It is always really interesting to watch the conferences play out over the course of the college basketball season. While you get some conferences where a single team takes control from the start, you have many more where the outcome is unsure all the way into the final weekend of the season. That is where we find ourselves now, with Read More
0 comments

Posted: Thursday, February 14, 2019 2:38, EST
This is the stage of the college basketball season where we really start to take a closer look at the teams that are likely to be heading to March Madness at the end of the regular season. We try to identify the teams that appear to have very few weaknesses, as well as keeping an eye out for teams that Read More
0 comments

Posted: Thursday, February 22, 2018 2:12, EST
Being in the top 25 at this stage of the season means that you have an automatic berth into the tournament. That said, teams in this position realize that now is not the time to relax. It is often how a team goes into March Madness that dictates the NCAAB odds to win it all, and that means trying to Read More
0 comments

Posted: Thursday, February 23, 2017 8:30, EST
Few teams in the country are playing better at the moment than No. 17 SMU as the Mustangs battle Cincinnati for the American Athletic Conference regular-season title. SMU could be in some trouble on Saturday, however, at UConn is starting to play to expectations and will be a dangerous out in the AAC Tournament. SMU will be a small favorite Read More
0 comments

Posted: Thursday, March 24, 2016 4:07, EDT
It doesn’t matter if you’re an avid women’s college basketball follower or a casual betting enthusiast that is looking to cash in on this year’s Women’s NCAA Tournament, possibly for the first time ever. Women’s college basketball followers everywhere know the Connecticut Huskies have the best NCAA Basketball odds to bag this year’s national championship, which by the way, would Read More
0 comments

Posted: Tuesday, March 15, 2016 7:54, EDT
Two teams might as well make Aretha Franklin’s legendary hit song their March Madness mantra as they look to get the respect they deserve while making deep March Madness tournament runs that could upset the entire apple cart. While neither ballclub is considered a ‘real’ threat to actually win this year’s national championship, either one or both ballclubs could be Read More
0 comments

Sports in the State of Connecticut